German theoretical physicist Max Planck (1858-1947) once said: "A new scientific truth does not triumph by convincing its opponents and making them see the light, but rather because its opponents eventually die, and a new generation grows up that is familiar with it."

The quote is often paraphrased as "science advanced one funeral at a time".

But how many more funerals are required before the scientific truth and implications of man-made climate change are accepted by policymakers?

We can probably assume that nothing short of being nailed into a coffin will change Donald Trump’s mind on the subject although he has recently backtracked on his infamous assertion that climate change is a hoax perpetrated by the Chinese.

Now he is adopting the default Republican position — casting doubts over the evidence while claiming the scientific community is divided over the matter.

"We have scientists that disagree with [human-based global warming]", he said in a recent TV interview.

"You’d have to show me the [mainstream] scientists because they have a very big political agenda."

In fact, there is very little division between scientists over the causes and effects of climate change. The consensus exceeds 97%.

Kate Marvel, an atmospheric scientist for US space agency NASA, summed it up best: "We are more sure that greenhouse gas is causing climate change than we that smoking causes cancer."

Trump’s administration is getting no support from economists either.

"I think people are grossly underestimating how rapidly we’ll start to decarbonise once we put our minds to it," said economist Paul Romer, joint winner of this year’s Nobel prize for economics.

"But it’s going to take governments to create incentives."

24% Proportion of European energy consumption currently supplied by electricity. Of that, renewables account for around 30%

62% Europe’s electricity share in energy use by 2050, assuming "Paris-compatible" policies

95% Percentage of new car sales in Europe that will be powered by electric motors by 2035. They currently represent around 2% of new registrations in Europe

17.4GW Forecast of average annual growth of wind power installations in Europe over the next five years

Hungry enough to eat a gearbox? 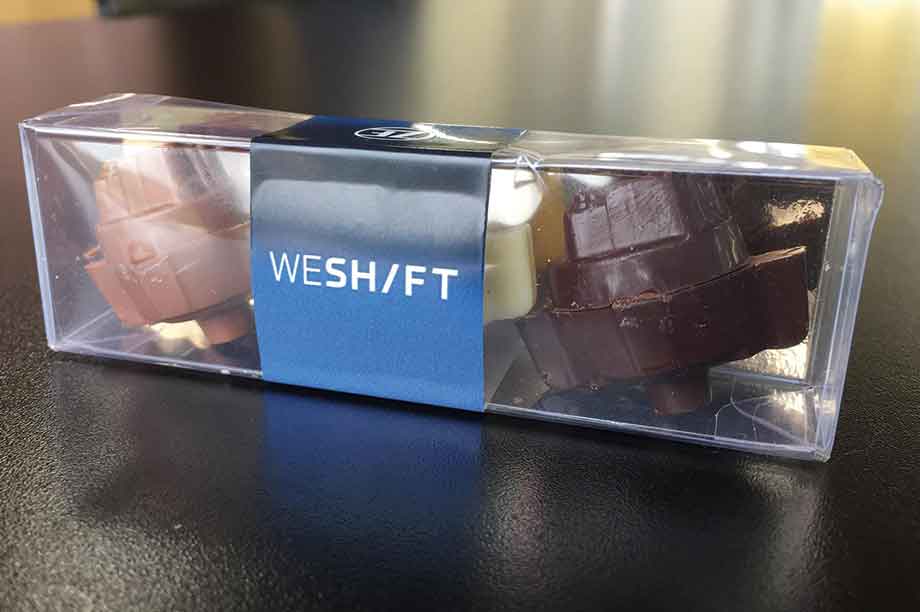 You can pick up all kinds of handy little trinkets at wind-power exhibitions, although there is probably a limit to the number of USB drives and keyrings one can usefully own.

But our favourite takewaway from WindEnergy Hamburg was definitely ZF’s chocolate gearboxes.

We admit to something of a double-take on first sight of the "We Shift" branding, but no complaints over the taste.

"Individuals, firms, governments, — for them to take action they need incentives.

"We can raise the price of goods and services that are carbon intensive and lower the ones that are not."

William Nordhaus, joint winner of 2018’s Nobel prize of economics, for his work on climate change and the economy