Following publication of the Intergovernmental Panel on Climate Change’s report in October with its stark findings that we have just 12 years in which to limit global warming to 1.5ºC, Roger Price, chief executive of Australian developer Windlab, chooses his words carefully.

"The energy sector is in transition. Some are prepared to embrace that transition with optimism. But, in the end, the economics are becoming clearer," Price says.

"In most OECD countries legacy generation plants — usually coal — were built by the state. These plants cannot run economically past their operational lifetime.

"Eventually they have to be replaced with the cheapest, and also the cleanest, form of generation. Wind and solar will replace the lion’s share of legacy generation over the next 20 years or so.

"Those who recognise this and act fastest will benefit sooner," he predicts.

Windlab is developing what it says will be the largest utility-scale clean hybrid power plant.

When it becomes operational in early 2019, the Kennedy Energy Park will comprise 43MW of wind, 15MW of solar PV and 2MW/4MWh of battery storage.

"All the components — solar, wind, battery and synchronous generation — are integrated and sitting behind the connection point. To the utility, Ergon Energy, they all look like a single generator," says Price.

When Windlab started work on the project four years ago, it set out to see how high penetrations of renewable-power generation could be integrated into the grid.

In North Queensland the solar resource is excellent and the wind resource is good in parts, with a capacity factor of about 45%. They are also complementary in some areas.

"Typically, later in the afternoon, as the sun starts setting, at around 4-5pm the wind starts up and blows until around 9am the following morning," says Price.

The plant is sited in a fairly remote location, connected to a 66KV cable, with a 50MW capacity. An existing standalone 18MW solar PV plant is already connected.

Adding 58MW of wind and solar capacity would have far exceeded the cable’s capacity, resulting in curtailment, especially on occasions when Kennedy’s wind and solar output are both high.

Therefore Kennedy’s otherwise curtailed output will end up in the battery, which is programmed to either sell electricity into the grid when prices are high — arbitrage — or inject power to provide grid ancillary services, such as frequency regulation.

As an example of how lucrative arbitrage is becoming, wholesale prices during the past year have been around A$75/MWh (US$53/MWh).

However, due to high levels of solar penetration in the region, consisting of more than 6GW, of mainly rooftop panels, surplus solar generation is driving wholesale prices into zero territory.

As the solar build-out continues, this disparity between prices during peak demand and during periods when solar output is highest but demand is not, creating a surplus, is expected to increase.

As well as supplying the turbines, Vestas has developed the hybrid plant’s software controls that manage all components, including wind, solar and battery, as one integrated and interoperable system.

The system knows when to feed power into the grid, when to divert it to the battery, and when the battery needs to release power in response to commands from Windlab’s dispatch and market operations software.

Vestas completed its first wind-plus-storage project and wind-plus-solar PV demonstration projects in 2012 to test the concepts and apply other relevant competencies, such as system controls and grid-integration.

"The wind-plus-storage system has delivered ancillary services to the power system for six years, but until recently we haven’t deemed market demand to be strong enough for pushing our capabilities to the market," says Bo Hesselbæk, senior director for power plant products at Vestas.

So what does Price think about the potential of hybrid plants such as the Kennedy project?

"Our thinking’s evolved over the past four years. We’ve been looking at the benefits of integrating wind and solar from a virtual network’s perspective. It’s a way to get more clean energy into the grid at lower cost," he says. 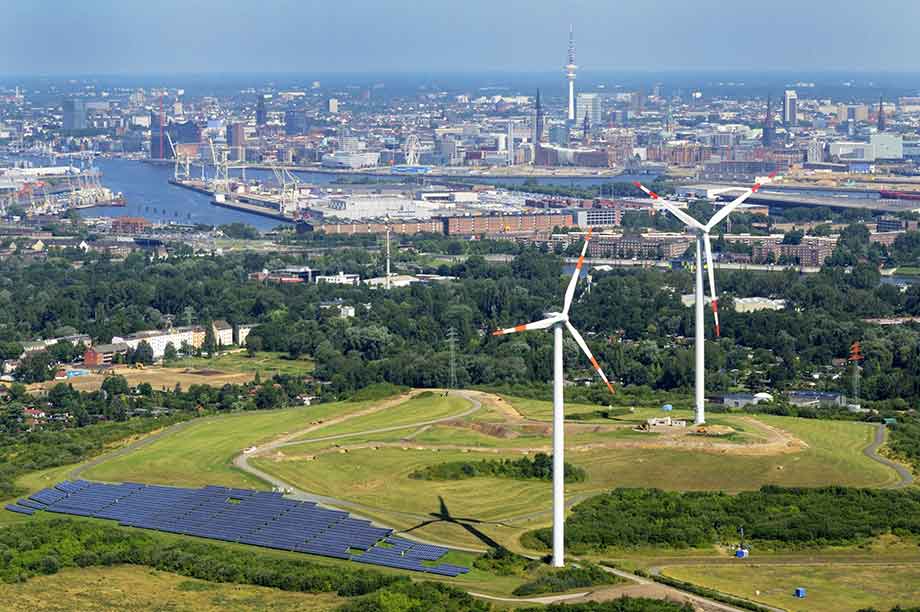 In 2017 Windlab published a study that found one way to avoid excessive curtailment or huge investments in energy-storage capacity in regions such as North Queensland, characterised by very high levels of solar generation combined with a complementary wind-generation profile, is to add more wind.

According to the study, even when solar PV only reaches 60% levels of penetration, curtailment levels exceed 45%.

A 30:70 solar PV to wind mix would see curtailment levels reduce to less than 10% when renewables penetration levels are at 60%.

But where actual hybrid plants like Kennedy may have a place is in areas that need new capacity and have good wind and solar resources that are complementary.

Two generation sources can be connected to the grid for the same cost as a single source, but output is optimised, reducing the levelised cost of energy.

Windlab is developing wind projects in Africa, including in South Africa and Tanzania, and is exploring hybrid opportunities in several places.

India, which has seen a big boom in wind and solar PV installation in recent years, passed a wind-solar hybrid policy earlier this year to make better use of scant grid access points.

The Solar Energy Corporation of India launched a 2.5GW wind-solar hybrid tender in June, although it has gone quiet after extending the deadline from August to September.

The US Trade and Development Agency has provided a grant for the technical design and planning of a hybrid project being developed by Indian energy firm IL&FS Energy Development Company Limited (IEDCL) in the state of Andhra Pradesh.

Compared with a single-resource renewable-energy plant, where around 40% of generation is dispatchable, a hybrid plant can achieve 70-80% levels of dispatch.

"Advanced controls, with the ability to project hour-ahead resource availability, including weather projections, enhanced by energy storage, increases the firmness, and the value, of generation."

In essence, energy storage will firm the output, improve the reliability and optimise the economic dispatch of these resources.

His firm has experience of building and operating mixed-resource microgrids, including one for Shell in Houston, Texas, that combines solar PV, a reciprocating gas engine and batteries.

The same open standards-based data-analytics-driven software platform developed by Black & Veatch that manages the Shell microgrid will be used at IEDCL’s wind-solar-battery plant.

Black & Veatch will provide the technical engineering aspects of the project, including optimising the solar PV and wind resource and the battery storage system’s capacity for storing and time-shifting energy. Construction is expected to start in late 2019.

Developers are cautious, however. Pilot projects help derisk and advance the bankability of these hybrid projects. The Andhra Pradesh facility is intended to be a 42MW prelude to an eventual 1GW power plant.

The Kennedy project in Australia will lead to a 1GW wind, solar and battery project, contingent on investment in upgrades to grid infrastructure in the region.

A number of factors are paving the way for hybrid plants. Falling costs of wind, solar and batteries mean they are becoming economically viable.

Nidec ASI, an energy storage integrator that works with energy suppliers including Enel and EDF, has experience of retrofitting batteries to wind and solar plants, as well as engineering microgrids based on wind, solar and batteries. 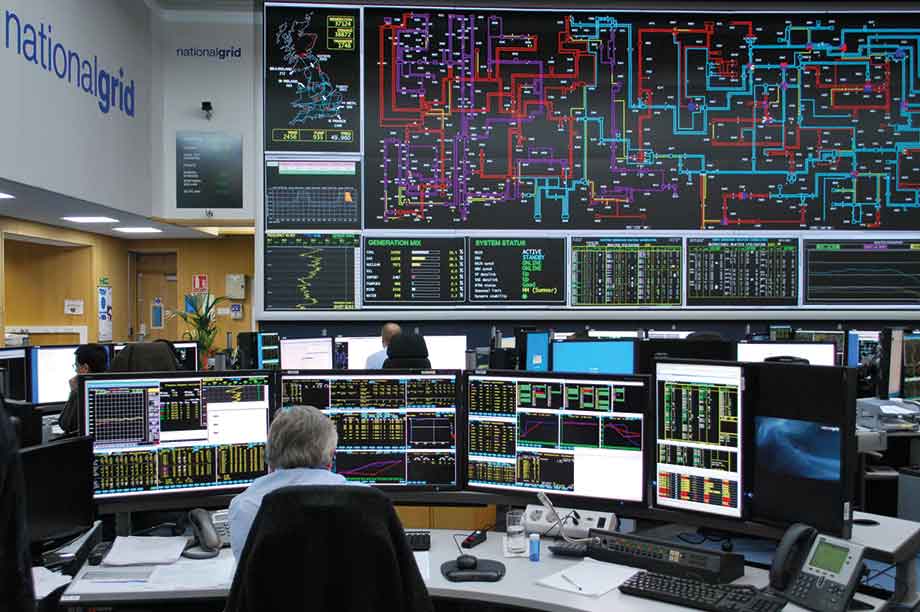 "Wind PPAs we’ve seen are at $21/MWh, and solar is at $36/MWh. In some projects, it’s almost as cheap to do solar and batteries as it was to do standalone solar not that long ago," she says.

On the technology side, enhancements to wind-forecasting technology are improving the economics of coupling batteries and wind.

Interruptions in generation are more frequent and substantial in wind than with solar, creating opportunities for energy storage to reduce curtailment, firm up output and improve grid stability.

Average levels of predictability for solar forecasting are in the 90% range, while those for wind are around 70%.

"If wind predictability can be improved with more accurate forecasting, you can dynamically manage the battery’s charge and discharge.

"Usually batteries have to be oversized to manage those peaks from sudden gusts of wind. Better predictability helps protect the battery’s operation and lifetime," says Haines.

On the island of Martinique in the French Antilles, Nidec ASI supplied a 5MW/5MWh battery with power and energy-management systems for a 14MW wind farm.

This allows the network operator to better estimate the forecast of electricity production to achieve greater stability and maximise energy output into the grid.

"In that project we’re integrating more weather data and wind flows, in real-time, and writing algorithms that can take all that data to get to 80% predictability by the year end and 90% in 2019," says Haines.

If prices continue to fall for renewables and batteries, belching coal plants could soon be a thing of the past.

This summer, for the first time in a decade, the carbon price in the EU reached €20/tonne. If it continues to rise, investors will increasingly favour renewables.

Clive Turton, president of Vestas Asia Pacific, says: "We don’t believe there is a limit to the potential for combining technologies in hybrid plants.

"There are many options, and each is specific to the regulatory environment, resource availability and complementarity, customer preference and market situation."