The Tennet, Gasunie Deutschland and Thyssengas project would convert output from offshore wind projects in the North Sea to either hydrogen or methane.

This ‘green gas’ could be used in other sectors that are difficult to decarbonise, such as transport and heating, or stored in grids, the partners suggested.

The 'Element One' pilot project would be the grid operators’ first experiences with power-to-gas facilities on an industrial scale, the three companies stated.

They plan to start gradually connecting the pilot project to the grid in 2022, and hope to couple the energy, transport and industrial sectors. 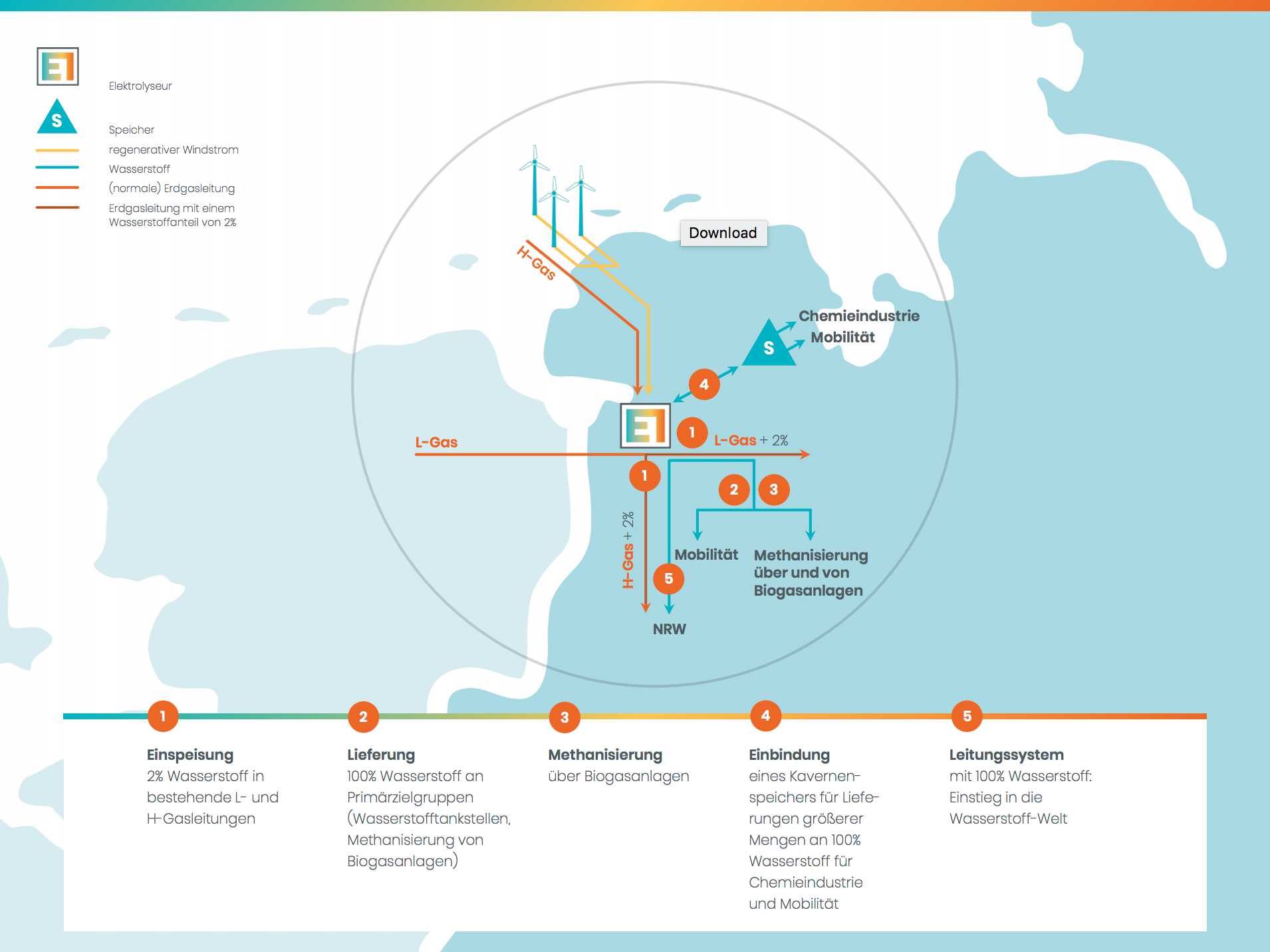 How the Element One project would work (Tennet)

Tennet, which operates in the Netherlands and Germany, has identified potential sites for the pilot close to its substations in Diele and Conneforde near the German North Sea coast. The partners will next carry out a technical feasibility study before choosing a specific location for the project, it stated.

The transmission system operator’s managing director Lex Hartman said: "The ability to store large volumes of renewable electricity will reduce the load on the power grid.

"That, in turn, helps us limit the expensive curtailment of wind turbines and make the power supply more reliable."

The three grid operators have presented the Element One project to Thomas Bareiß, Germany’s state secretary at the federal ministry of economic affairs and energy.