The infant US offshore wind industry, perhaps, reached adolescence at the start of this week when Europe’s leading developer Ørsted announced it had acquired Deepwater Wind, the only firm with steel in the water to date.

Ørsted had already raided its piggybank this summer, when it acquired US onshore developer Lincoln Clean Energy, marking the Danish firm’s re-entrance into the onshore wind sector.

But while these acquisitions, totalling $1.09 billion, give Ørsted a sizeable market share, it also comes with the people and expertise Ørsted needs to make a success of its American dream.

The $510m deal to buy Deepwater Wind will give Ørsted an offshore wind pipeline of almost 9GW.

The Danish firm already had its hand in areas with up to 5.5GW of potential capacity — a fairly sizeable portfolio, which would be enough to handle for most developers in a nascent offshore market.

So why would Ørsted want to take on more?

What Deepwater has done, that its new parent company has not, is secure deals and win bids with local regulators to build projects. 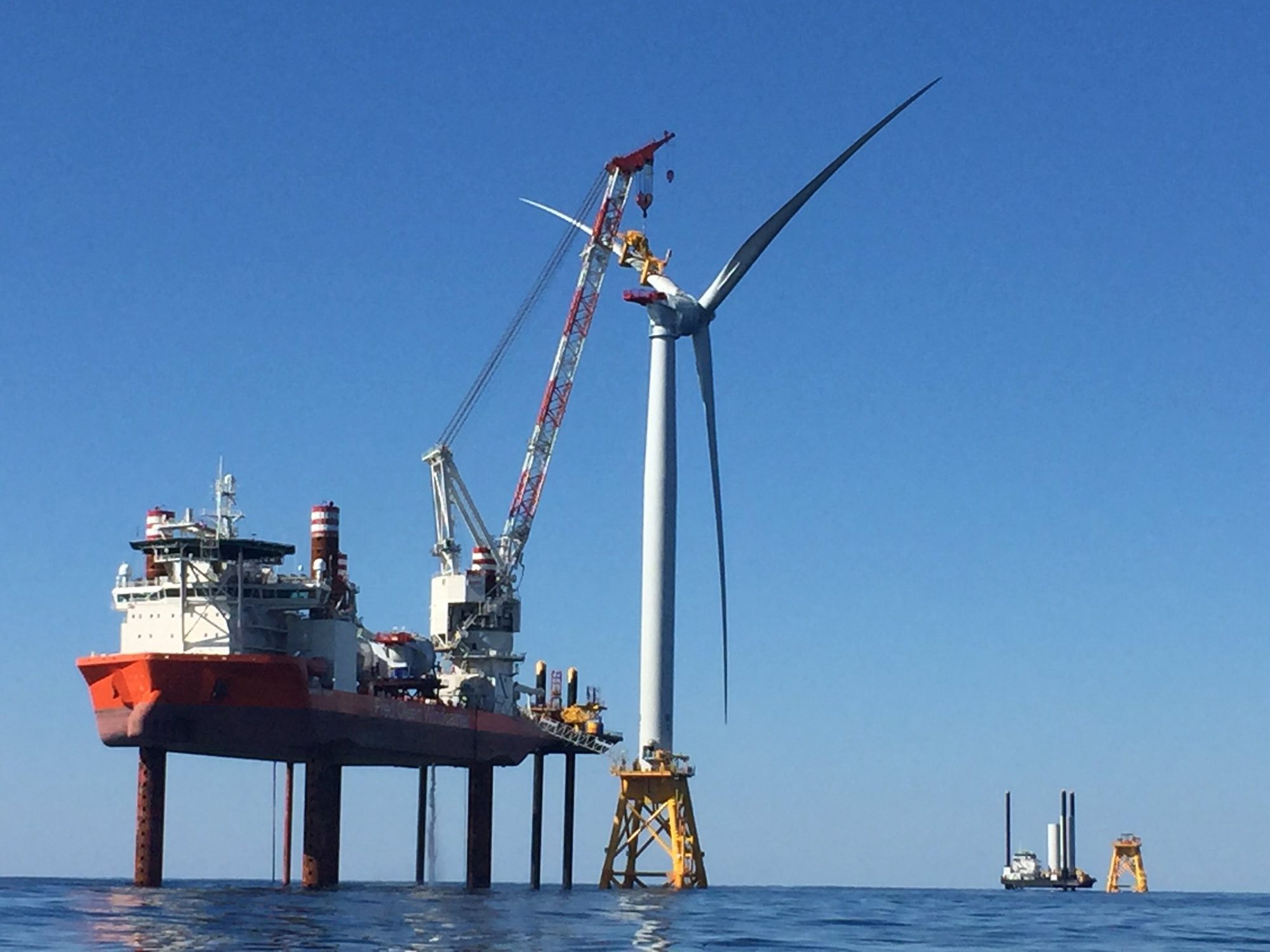 What Deepwater has that Ørsted does not - a turbine in the water in the US (pic: Jeff Grybowski)

Since its entrance into the US offshore market in 2015, Ørsted has lost out in two power procurement rounds for the 1GW Bay State Wind site it acquired from RES Group.

The first was in Massachusetts’s request for proposal (RfP) in May 2018, when Ørsted was beaten to the deal by the 800MW Vineyard Wind project being developed by Avangrid and Copenhagen Infrastructure Partners (CIP).

Side note: Avangrid is majority owned by Spanish wind developer Iberdrola, which completed a merger to take on the US division in December 2015 — an early move now paying dividends.

The second was in neighbouring Connecticut in June, where Ørsted missed out on a 200MW RfP round, which Deepwater won with its Revolution Wind site. This project was successful in Rhode Island’s 400MW RfP in May as well.

In just over three years since entering the US market, Ørsted had little to show for its efforts and, perhaps, felt the need to make a big play to make up ground on rivals.

So what Ørsted has acquired is not just firm additional US capacity, but also the know-how to navigate the various states and their procedures.

Deepwater Wind CEO Jeff Grybowski — who will become co-CEO of the new offshore wind development company — and his team are also the only ones to have successfully installed a turbine, five in fact, off the US coast at the 30MW Block Island project, Rhode Island.

Grybowski is a former corporate and regulatory lawyer, with political connections, but he also places an emphasis on working with local stakeholders. Read our 2015 interview with Grybowski here.

He will bring the US brains, while, for its part, Ørsted can bring the brawn.

With a huge European track record, which includes the largest operating offshore wind farm in the world at Walney Extension and the two projects that will break that record, the 1.2GW Hornsea Project One and the 1.4GW Hornsea Project Two sites in the North Sea.

Ørsted’s ability to manage big infrastructure projects, like these and applying it to the US — where everything is bigger anyway — will enable Deepwater Wind to realise its potential.

The Deepwater purchase followed Ørsted’s re-entrance into onshore wind, with its $580 million acquisition of US developer Lincoln Clean Energy (LCE).

Equally, this move is less about capacity. Yes, it gives Ørsted a sizeable foothold in the US’s increasingly active onshore market: LCE has more than 500MW of installed onshore wind across three US states, with a further 300MW under construction and a 1.5GW pipeline.

However, what LCE brings is its experience in corporate power purchase agreements (PPAs). The company developed the 253MW Amazon Wind Farm Texas site, owned by online retailer Amazon to power a data centre. 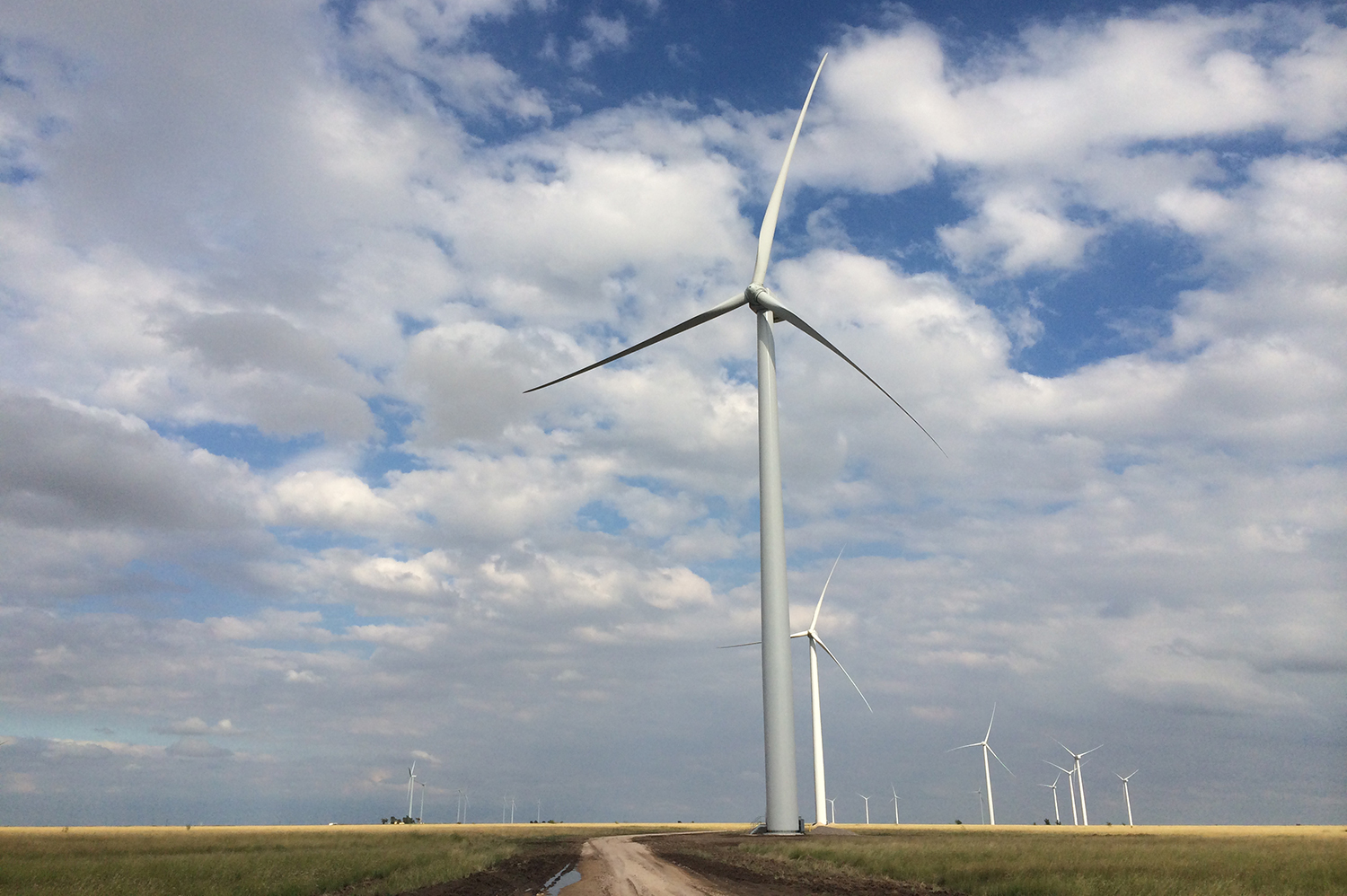 Announcing the acquisition in August, Ørsted CEO Henrik Poulsen said: "The global market for onshore wind power is expected to grow significantly in the coming years, and the US is a leading onshore wind market.

"It is an investment case with healthy economics based on prudent assumptions about key value drivers and market developments," he added.

These market developments Poulsen alludes to includes the increasingly active role corporations such as Amazon, Google and Facebook, to name a few, are playing in supporting onshore wind in the US and elsewhere.

Power deals for more than 7.2GW of renewable energy were signed in the first half of 2018, beating the 5.4GW signed across the whole of 2017, researchers from Bloomberg New Energy Finance found in August, with 60% of this total occurring in the US.

Like US offshore, this trend shows no sign of slowing down, and by flashing the cash Ørsted gets more than just a leg up on the competition.