Update: The acquisition was completed on 8 November

Ørsted will take on 100% of the shares owned by the DE Shaw Group and combine Jeff Grybowski's company with its own US activities, producing an offshore wind developer with potentially 8.8GW of pipeline capacity. 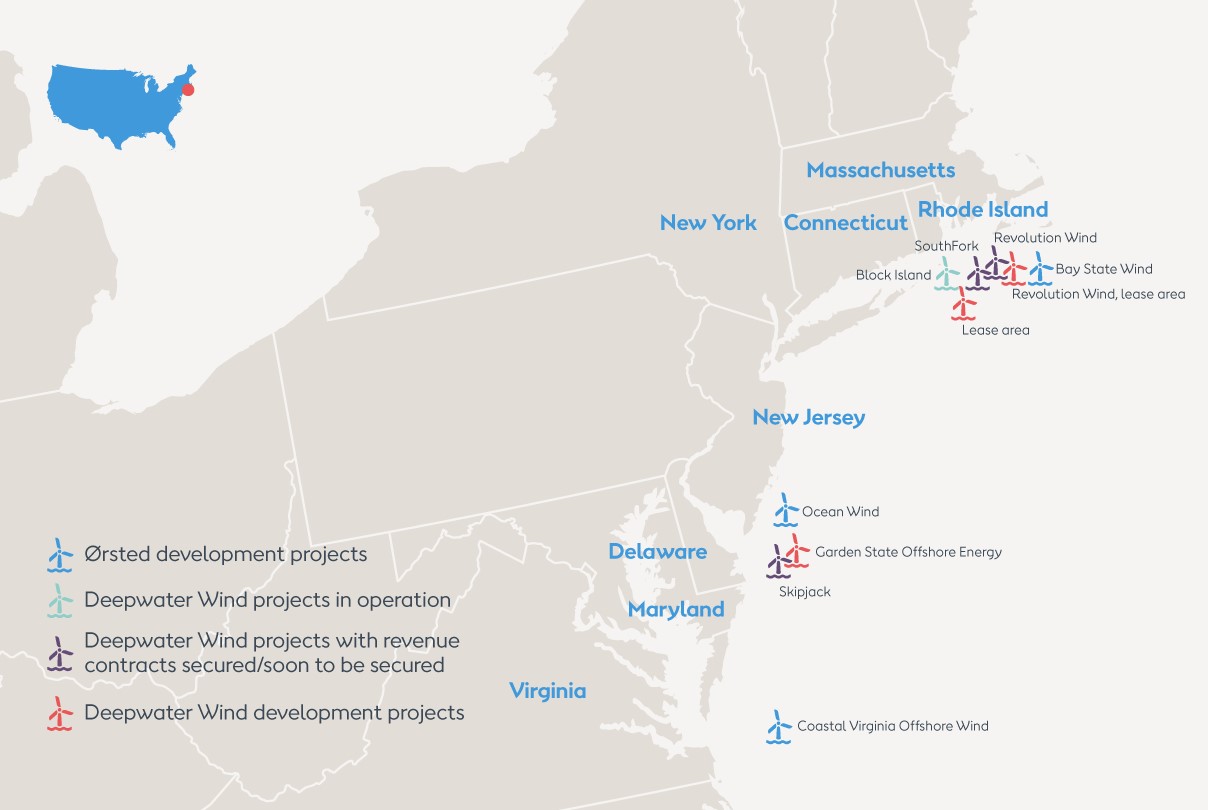 It has also secured development contracts and financing agreements for 810MW of capacity across the states of Rhode Island, Connecticut, Maryland and New York.

Deepwater Wind is also developing an offshore zone with New Jersey utility PSEG, which has the potential to accommodate 1.2GW of wind capacity.

It also holds the rights to areas with the potential to hold another 1.3GW off the US' northeast coast.

Jeffrey Grybowski, CEO of Deepwater Wind, said: "We could not be more pleased with this combination, which will bring together two great teams to realise an enormous clean energy resource for coastal populations in the US."

Following the transaction, Deepwater will become part of Ørsted US Offshore Wind. It will be led by Ørsted's US CEO Thomas Brostrøm, with Grybowski becoming co-CEO. Deepwater Wind CFO David Hang will take up the same role of the new merged company, while Ørsted's Claus Bøjle Møller will become COO.

Ørsted is developing the 2GW Bay State Wind site in Massachusetts, and its Ocean Wind lease area has the potential of up to 3.5GW of capacity, the developer claimed.

It is also partnering with Dominion Energy on the 12MW Coastal Virginia Offshore Wind (CVOW) demonstration project in Virginia.

In early August, Ørsted completed its acquisition of US onshore wind developer Lincoln Clean Energy and its 2.3GW portfolio for $580 million.