The concept has the potential for leaner manufacturing, assembly and installation processes and lower material costs, the project partners claimed.

Its modular layout consists of a tubular steel main structure with a suspended keel.

The tetrahedral structure would be moored to the seabed with three anchor lines and connected to the electrical grid. 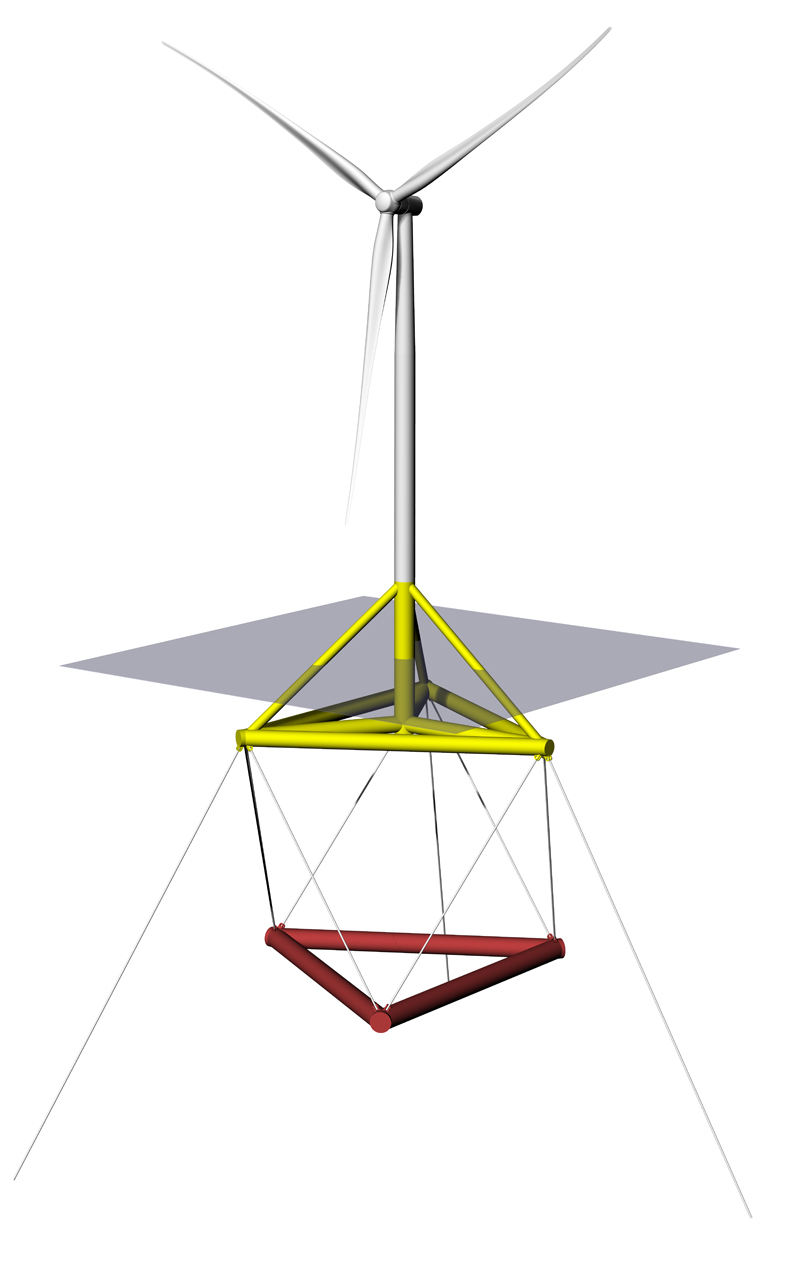 In its demonstration stage, a 3.6MW Siemens Gamesa turbine will be installed on the foundation and deployed at the test site of the Marine Energy Test Centre (Metcentre) near Stavanger in south-western Norway in 2019.

Eventually, it will be capable of having 6-8MW turbines installed, Stiesdal told Windpower Monthly.

It will be located approximately 10km from the shore in water depths of 200 metres — a depth normally off limits for offshore wind turbines using traditional fixed foundations.

The project partners, as well as turbine supplier Siemens Gamesa, hope to gain detailed and practical insights into the construction, installation and operation of the TetraSpar concept.

It had previously been tested at Danish firm DHI’s offshore wave basin.

Hans Bünting, chief operating officer of renewables at Innogy, said: "The floating offshore wind market is evolving, but until now, floating foundations have been stubbornly expensive.

"This demonstration project will give us a better understanding of how the cost can be driven down."

The project partners will establish a special purpose vehicle for the project with a 33% share each for Innogy and Shell, while SOT and its parent company will hold the 34% balance.

In total, they will invest about €18 million in the demonstration project.

Siemens Gamesa will contribute to the project as a technological partner only, providing the turbine and required services.

The foundation will be manufacturer and assembled in Denmark and the turbine will be installed in the port of Grenaa on the east coast of the Danish Jutlandic peninsula, from where it will be towed to site.