Good morning and welcome to the first day of the WindEnergy Hamburg trade show.

They, with WindEurope's Giles Dickson, will be expected to give a glimpse at the long-term prospects for renewable energy in Europe and beyond.

In a world where auctions and tenders are having a profound effect, both in wind and the wider energy industry, it will be interesting to hear where these two leaders see the future of renewables lies within the energy space.

The role of grids and transmission must surely come up, with the important questions on integration and interconnectivity  remaining largely unanswered.

Energy ministers from Denmark, Norway and Austria will be on hand to discuss the lie of the land in their home markets.

The week kicked off on Monday night at the historic city hall in Hamburg, which hosted the opening ceremony.

But, the German industry also needs to make clear to politicians what is needed to achieve both the Paris climate targets and national targets, he said.

"Germany needs net growth volumes of some 5GW per year" — considerably more than the current target of 2.8GW per year gross.

The big news ahead of the show yesterday was GE Renewable Energy's decision to unveil a new 5.3MW onshore turbine with a 158-metre rotor.

The new model joins a 4.8MW turbine on the US firm's "Cypress" platform.

GE claims the new turbine is "scalable" and will use LM Wind Power-designed two-piece modular blades to aid transportation and logistics.

It is the first major OEM to announce a 5MW-plus turbine to form part of its onshore offering.

We have yet to hear if anyone else will follow in GE's footsteps, but, as with the launch of its 12MW offshore machine in February, the conglomerate has thrown down a gauntlet, and its rivals will be expected to respond.

Keep an eye out

One of the more impressive exhibits we've seen so far at the show this year is Lagerwey's climbing crane being demonstrated outside the exhibition halls. 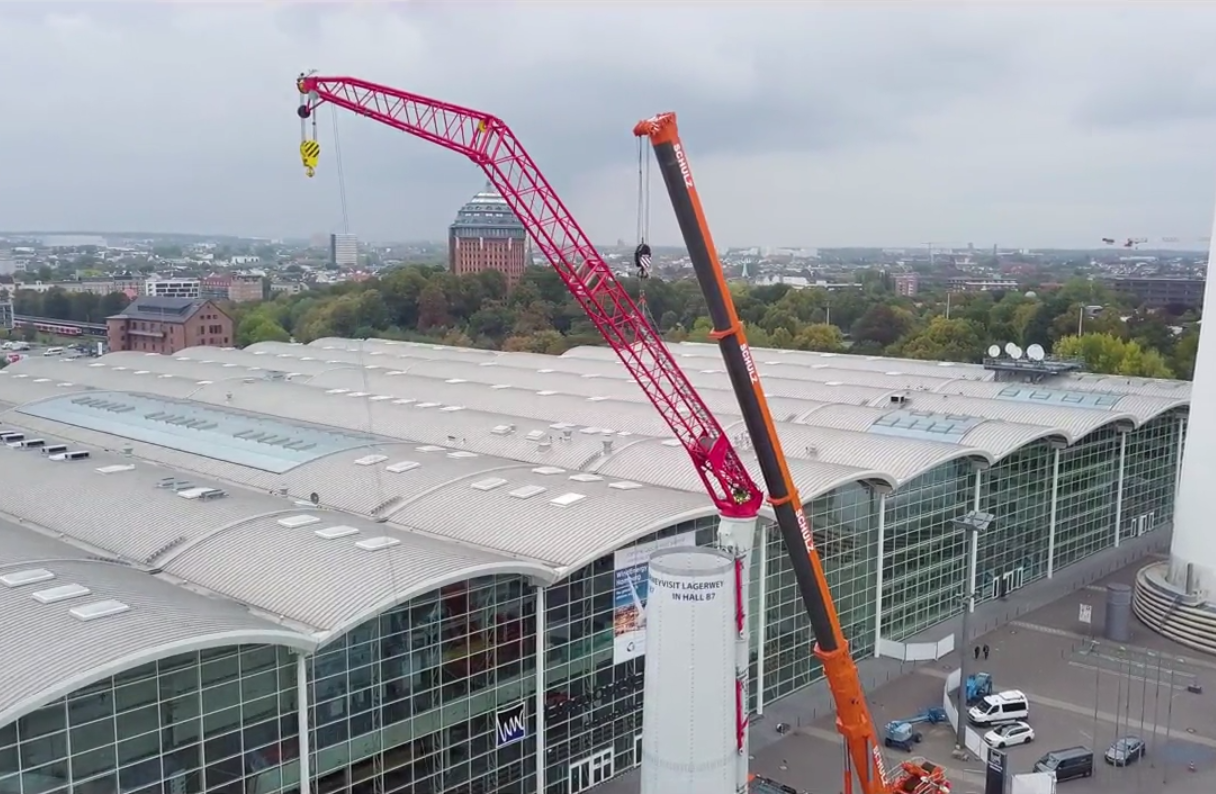 It is Lagerwey's first major European wind industry event since it was acquired by German OEM Enercon.

Windpower Monthly is also exhibiting at the show (stand: B1.OG.235), be sure to drop by to see how we can help you.