The iJacket design utilises a central node system, reducing the number of cross braces, and, thereby, cutting the amount of steel.

"A conventional design uses X-bracing along each of sides of the foundation," said Greg Detiveaux, vice president of business development at Chet Morrison.

"The iJacket eliminates that need for x-braces as structural members are rearranged to between the leg columns and central nodes or load cans, which also provide adequate rigidity such that the x-bracing along the sides is not required to meet industry design standards," he added.

The US offshore sector looks set to use a mixture of jacket structures and monopile fixed-bottom foundations given the nature of its seabed, particularly along the east coast.

And with falling wind prices developers will be looking for looking at ways to make savings, without jeopardising output or safety.

iSIMS predicted its new design could cost 40% less than the traditional jacket structure and be produced in less time. 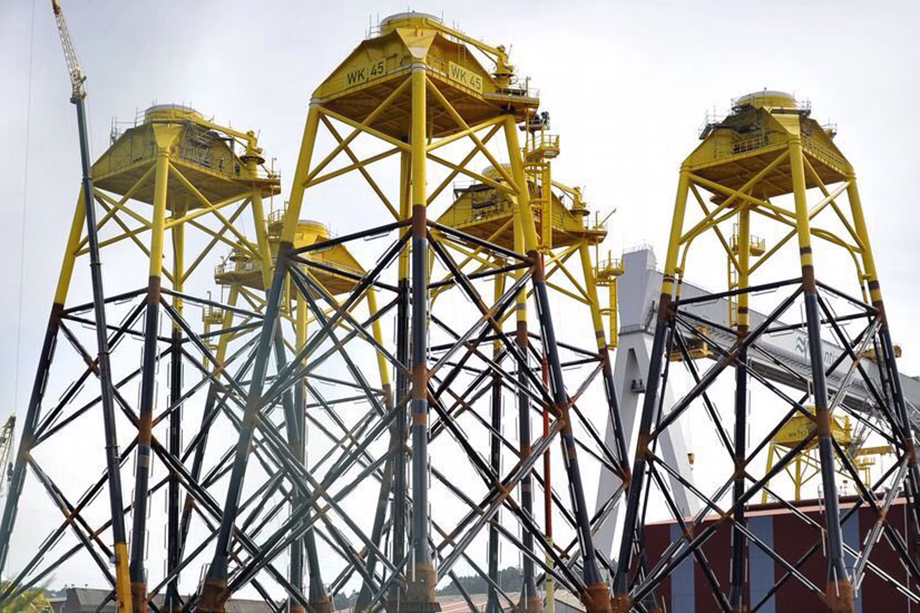 Traditional jackets prior to being installed at the Wikinger offshore wind project in Germany (pic: Navantia)

"Its lower weight and reduced footprint makes transport and offshore assembly quicker and more economical than ever before, with its shape and design allowing for more optimised cargo arrangement and less barge transportation cost.

"Furthermore, a more open design ensures the iJacket is 100% ROV and AUV accessible, which eliminates the need for divers to carry out inspections," he added.