The offshore solutions company, part of the Deme Group, will use it to carry out foundation installation at the 497MW Hohe See and 112MW Albatros projects in the German North Sea.

Enerpac’s trolley system is mounted on two 90m steel tracks running across the deck of the jack-up installation vessel.

It will use hydraulic cylinders to securely fasten three 500-tonne transition pieces to clamping frames.

Each of these frames is powered by four electric trolleys capable of achieving higher speeds than traditional skidding systems.

During load-out, the transition pieces are held in place in the clamping frames and moved along the track. 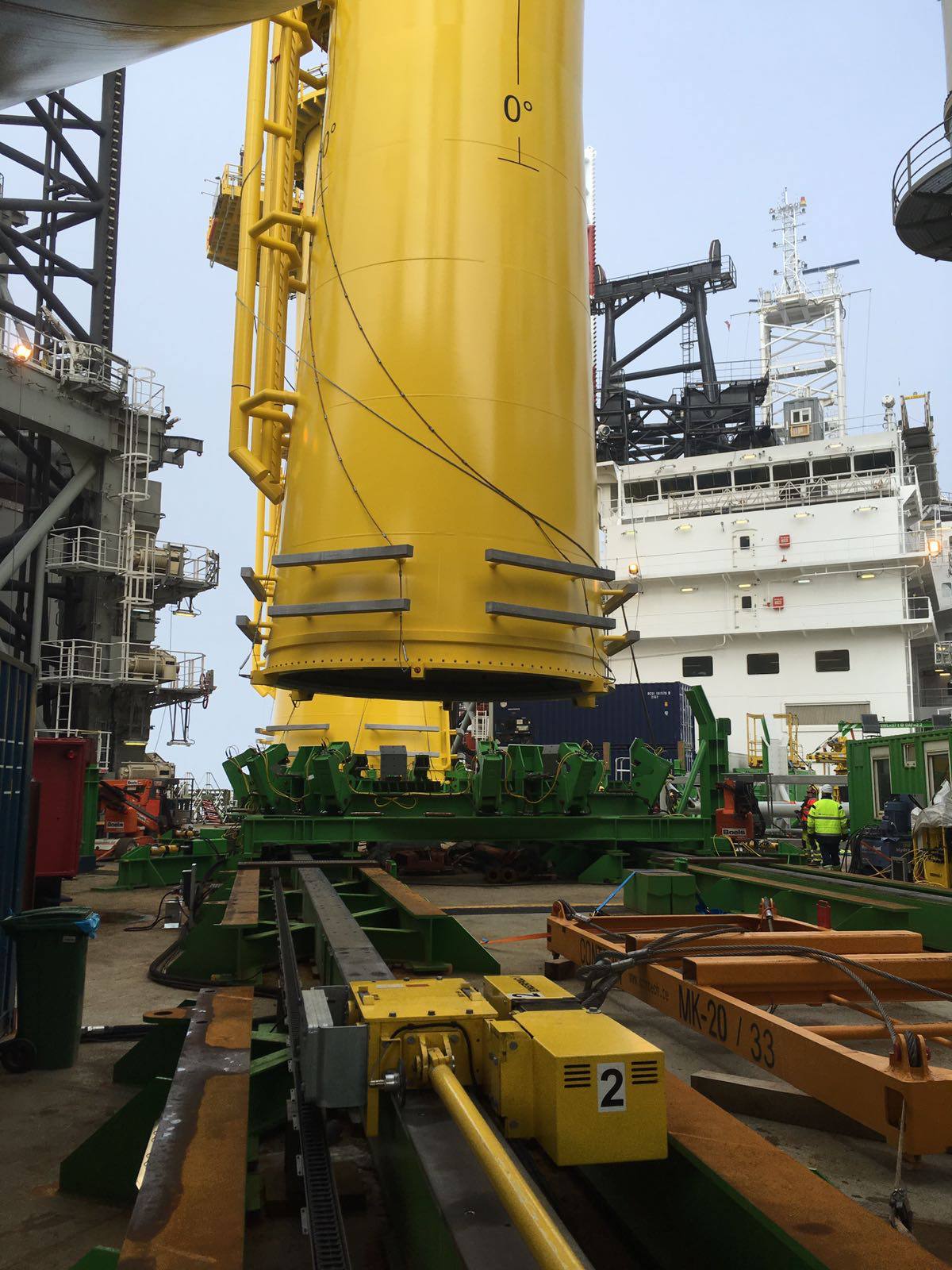 As monopiles are installed, the transition pieces move along the track, bringing them in reach of the crane on board the jack-up vessel.

A single wireless control unit provided by Norwegian company Intellilift synchronises the operation of the trolley system during load-out.

EnBW's Hohe See and Albatros will feature 71 and 16 units of Siemens Gamesa’s SWT-7.0-154 model, respectively, and are due to be commissioned by the end of 2019.