This story was first published on 3 September, when Van Oord announced the conservation project at Luchterduinen. It was updated on 5 November, following installation of the first reef balls and cages.

Van Oord is carrying out a project to restore natural underwater features around developer Eneco’s 129MW Luchterduinen wind farm off the coast of South Holland along with conservationists Natuur & Milieu.

Their "Rich North Sea" programme will involve placing various types of artificial reefs between 43 Vestas V112-3MW turbines in an effort to attract species such as crabs, fish and seals.

They hope to learn more about the optimum underwater conditions to encourage wildlife to thrive and how this can be applied at future wind farms.

Specifically, the partners hope to find out whether the oysters grow and reproduce sufficiently, and if their larvae establish themselves in the vicinity and form a reef.

The pilot project at the Luchterduinen wind farm will run until 2022 and will be tracked in a scientific research and monitoring programme in collaboration with Waardenburg consultants and Wageningen University and Research Centre. 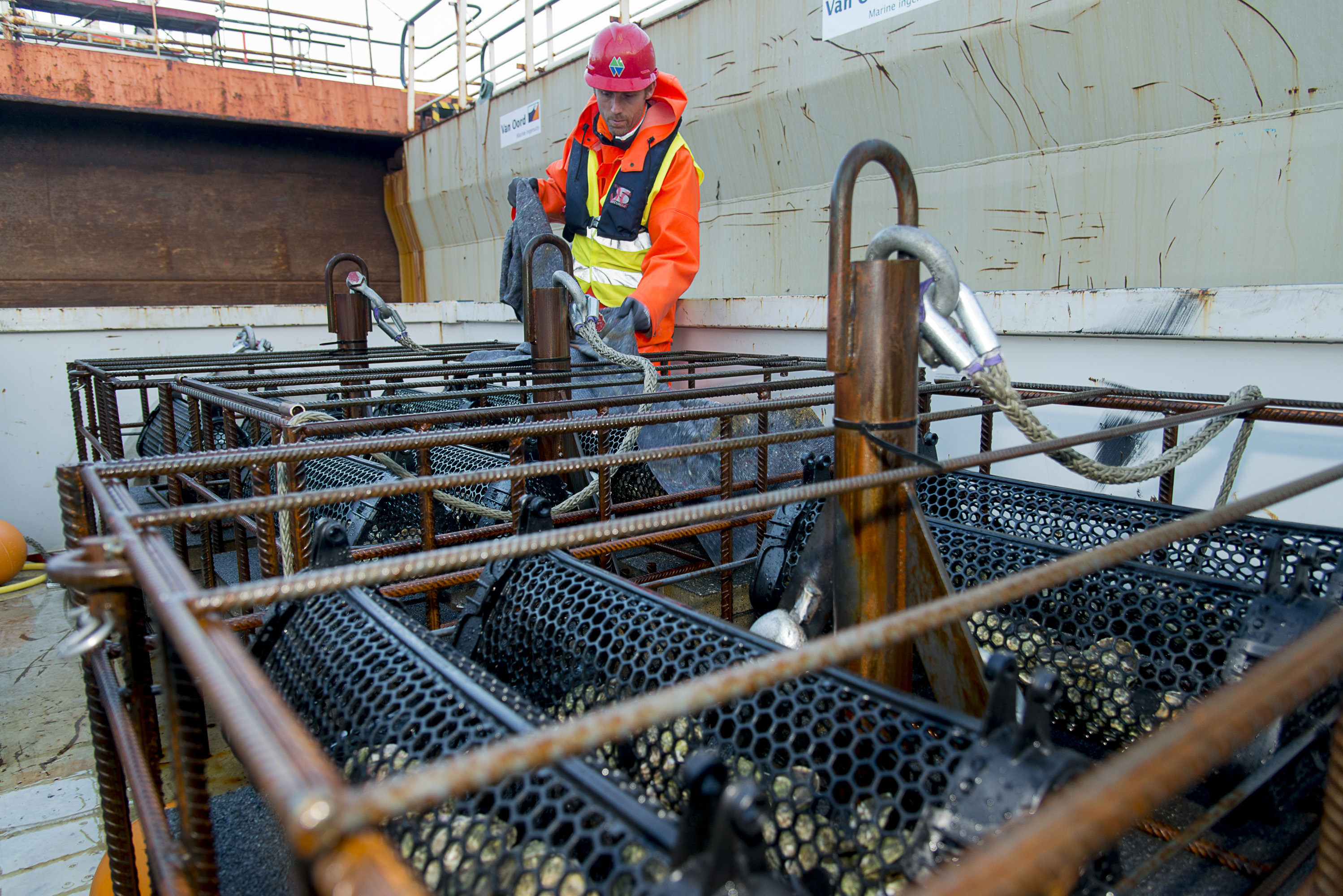 Van Oord dispatched its installation vessel Ham 602 to take the reef structures from the port of Ijmuiden, north-east of Amsterdam, and placed them at the Luchterduinen wind farm in 20 metre water depths.

These will produce larvae that help to create a full-scale reef attracting other species.

However, human intervention and diseases have led to a near complete disappearance of natural reefs in the North Sea.

Van Oord added that wind farms provide an "ideal location" for the project as use of trawl nets are prohibited in their immediate vicinity and marine life can also attach to turbine towers.

The offshore contractor is also leading a consortium preparing to plant oyster beds around two 9.5MW turbines at the Borssele V demonstration site, creating reef systems that prevent erosion of the sea floor and enable the "diversification of the North Sea".

Borssele V, which will also be situated off the coast of the Netherlands, is due to be operational in 2021.