The draft Integrated Resource Plan (IRP) includes no proposals to allocate new nuclear power capacity by this date, or new coal capacity beyond 2024.

Instead, South Africa's department of energy states a preference for "least-cost" options, including new wind, solar PV, and gas, provided it can balance supply and demand.

Not having annual contracting limits on renewable energy sources would provide the cheapest path to mid-century, it added.

However, a 1.6GW annual limit for wind and 1GW for solar PV until 2030 would ensure a "smooth roll-out of renewable energy" and "help sustain the industry", the department of energy stated. 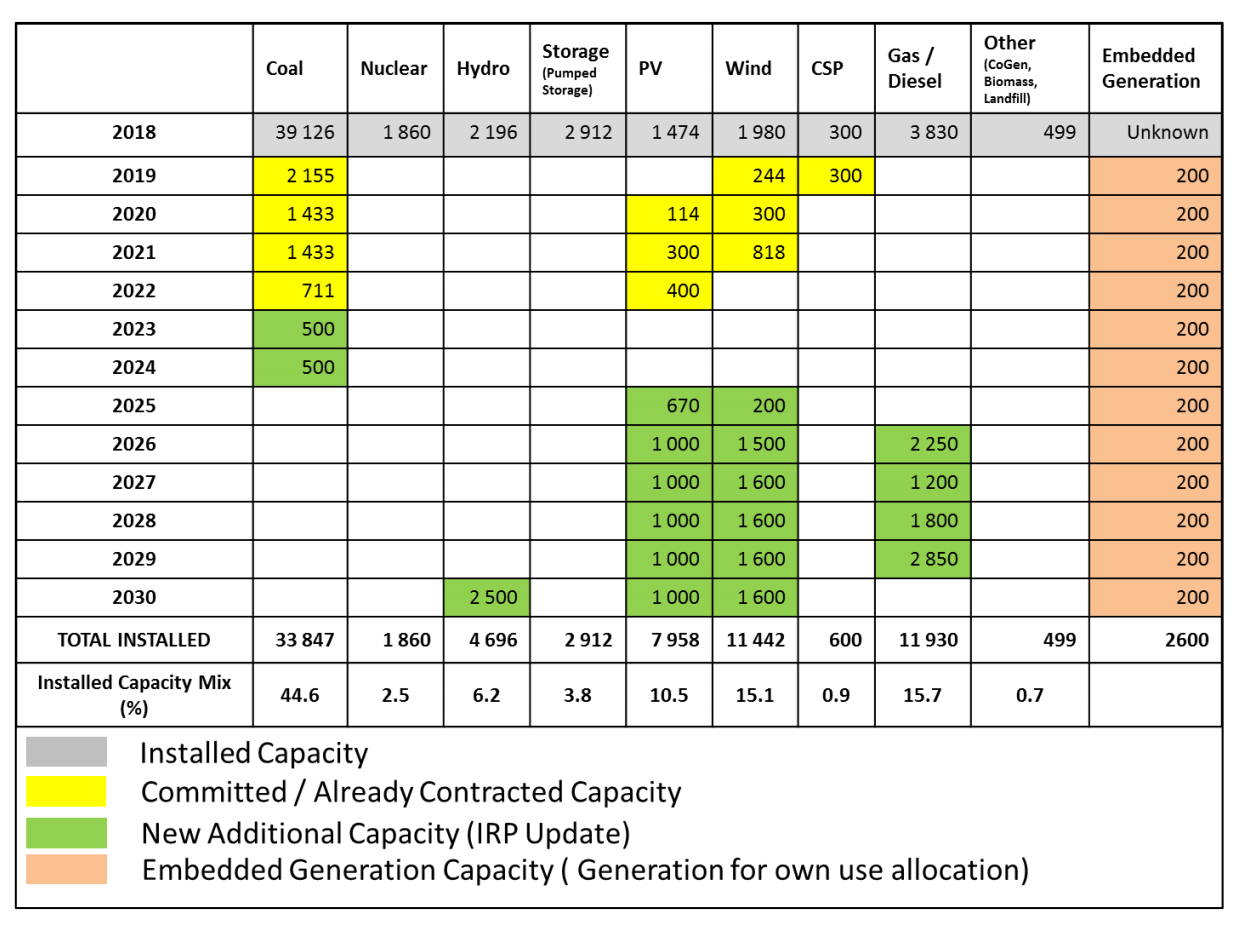 While the South African Wind Energy Association (SAWEA) broadly welcomed the IRP, it expressed concern about an apparent three-year gap in procurement between 2022 and 2024.

"The industry cannot deliver the many socio-economic benefits and the scale of investment associated with wind power supply with a stop-start approach," it said.

The department of energy also launched a 60-day consultation period on the South African energy roadmap.

In June, energy minister Radebe announced his intention to auction 1.8GW of renewable energy projects by the end of the year. It is still unclear how much of this would be wind.