The cost of generating electricity from both coal and gas has surged since the start of 2017, while wind and solar PV prices have been steadily declining, analysts at climate think tank Sandbag stated.

It comes as the European carbon price exceeded €20/tonne for the first time since 2008, reaching €20.42/tonne at market close on 23 August.

In the most recent German onshore auction, concluded earlier in August, the lowest bids were €40/MWh, while the latest solar PV tender in June received low bids of €38.90/MWh.

However, Sandbag warned these costs — based on market close prices on 23 August when CO2 cost €20.42/tonne — are likely to be underestimates, as they are calculated only using the raw input fuel and carbon costs. 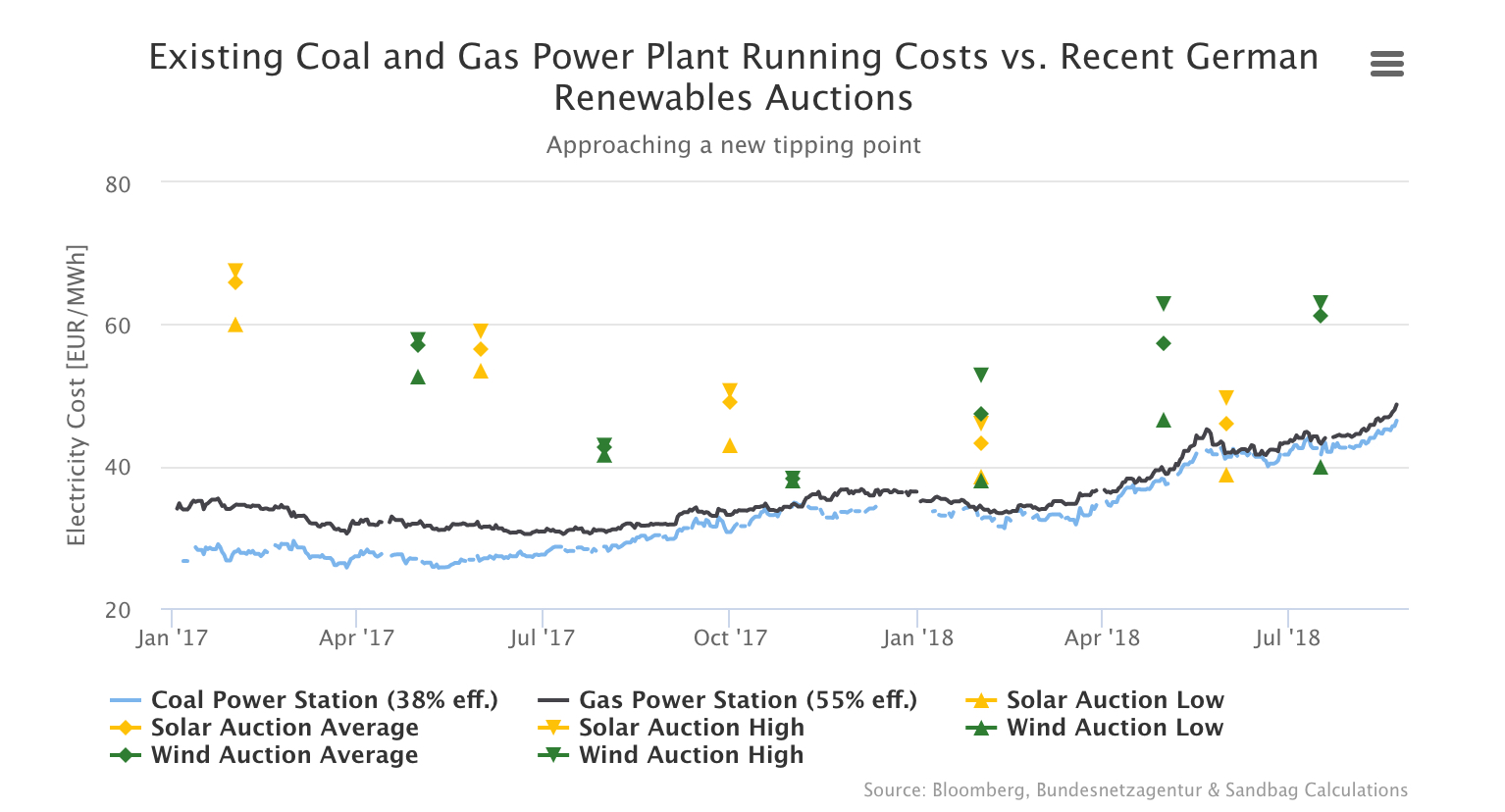 Even with generation costs for coal and gas being undervalued, they now sit comfortably above the cheapest wind and solar bids, Sandbag concluded.

The rise in coal and gas generation costs is not only due to the increasing carbon price — which has quadrupled in the last year and hit €20/tonne in August.

The year-ahead European price for coal has risen by 30% since January 2017 and by 28% for gas, Sandbag pointed out.

However, analysis by Carbon Tracker suggests the price of carbon — and so coal and gas generation — may rise even further to €25/tonne by the end of the year and €35/tonne next year, as reforms to the EU Emissions Trading Systems (EU ETS) take effect.

While the cheapest wind bid is lower than existing coal and gas generation, the average bid from the most recent German tender (€61.10/MWh) is still more expensive.

The weighted average of solar PV (€45.90/MWh), however, undercuts both coal and gas generation, however.