A year ago, Enercon introduced its future technology roadmap, spearheaded by the bold new EP3 design's focus on reducing weight and ease of manufacture, transport, installation and lifetime upkeep costs.

The first product to emerge from that programme is the prototype of the 4MW E-126 EP3 model, installation of which was completed on 12 August in the state of Mecklenburg Vorpommern.

The commissioning of this turbine will be followed immediately by the start of serial production and the construction of a wind farm in Turkey.

Before the end of this year, Enercon will also install prototypes of its low-wind 3.5MW E-138 turbine, and the medium-wind 4.3MW Lagerwey L147 model, which builds on the experience of the 4.5MW L136 prototype installed last year, a few months before Enercon acquired the small Dutch manufacturer.

The figures indicate that the 3.0-3.99MW onshore class represented 30% of global turbine sales in capacity in 2017, while the forecast for 2022 suggests it will climb to 43%.

Lighter and easier to transport

An additional benefit for the EP3 platform over the conventionally designed EP4 family is the switch to a "semi-standard" rotor hub that offers huge mass and cost savings.

Furthermore, all electrical components are now positioned fully weather-protected inside the hub.

"The new nacelle layout fuelled a major rethink on optimal generator design from manufacture to transport, site assembly and installation, with — as a given fact — the 7.5-metre air gap diameter," says Lütkemeyer.

"For easier road transportation, we split the generator-rotor into a main central part with a pre-assembled main bearing unit and two smaller separate sections.

"This allowed us to stay within a maximum total width of 4.9 metres. For similar reasons, the generator-stator is split into two 180-degrees parts, each 4.5 metres wide. 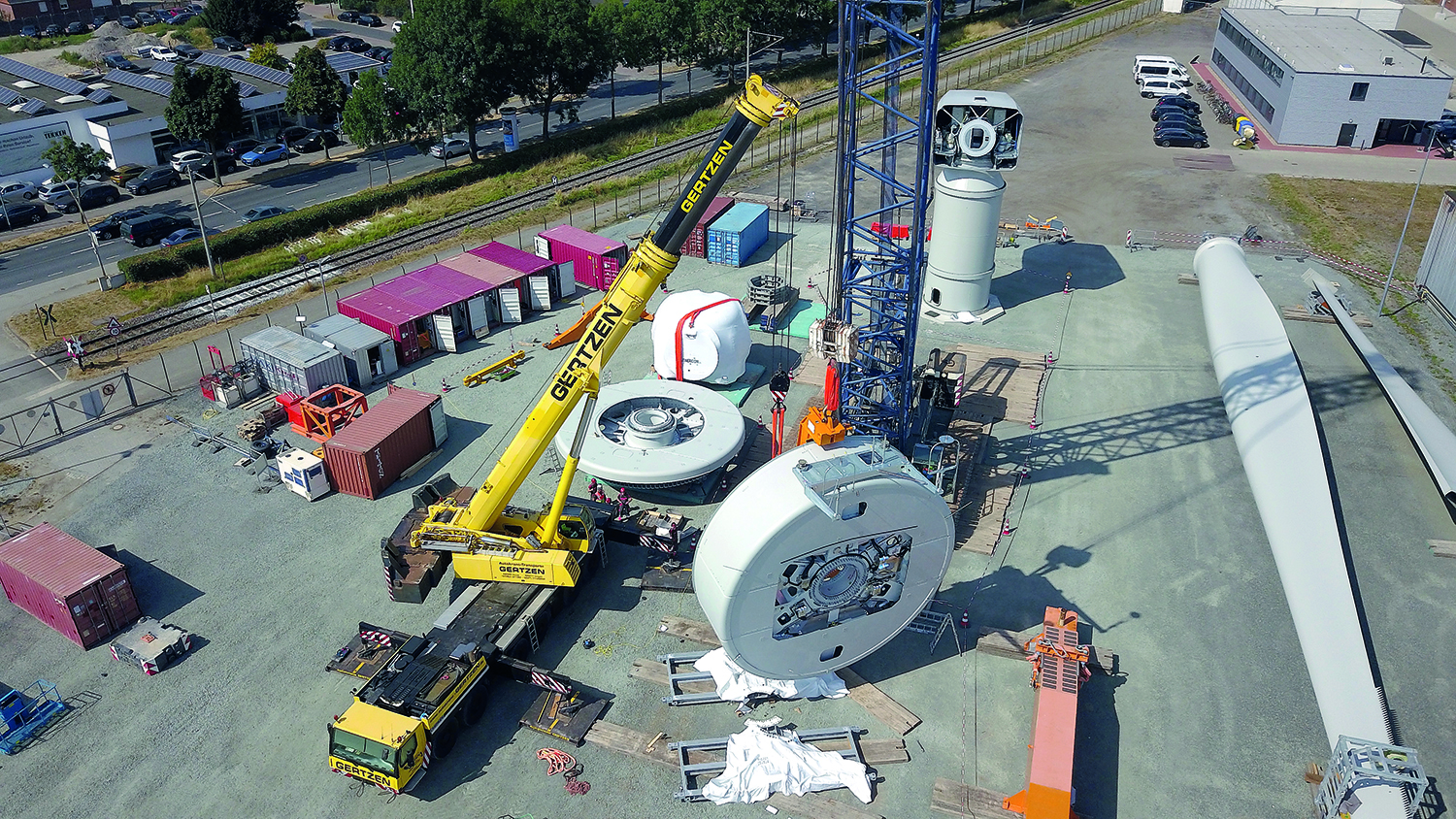 "The E-138 EP3 proves that this is not automatically true," says Lütkemeyer.

"Here we use a converter with a 690V active rectifier, which allows a reduction in generator volume and mass compared with the E-126 EP3.

"This is despite a lower rotation speed due to the longer blades of the E-138. Its head mass is around 250 tonnes, compared with 270 tonnes for the [Lagerwey] L136, but there are some differences in rating, IEC class and design life to consider as well.

"Perhaps most importantly, there is considerate potential left to reduce both mass and costs for the EP3."

In late July Enercon had just completed a static load programme with a 61-metre single-piece rotor blade for the E-126 EP3.

This is now being followed up with four-to-five month dynamic testing and static post-fatigue trials, leading to full certification once the programme is completed.

A big visual difference from the EP4's blades is the absence of Enercon's characteristic wide inner-blade spoiler and blade segmentation. The blade retains a hole in the aerofoil, right in the blade's centre of gravity.

This enables uncomplicated single-blade installation with the blade in a horizontal position, eliminating
the requirement for a rotatable installation yoke with blade grippers. 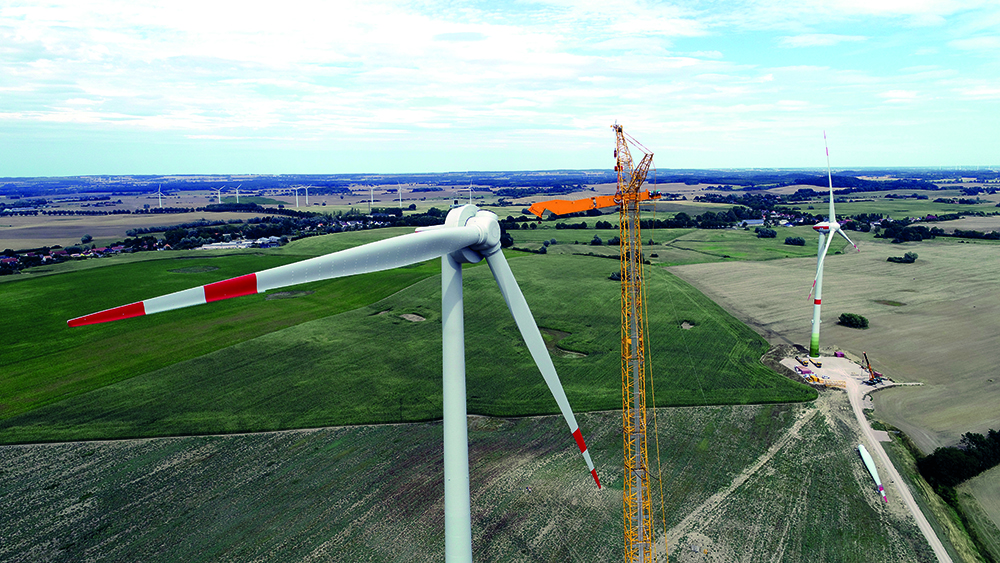 "This provides accurate validated power curves, increasingly a big issue for turbine customers and banks, and also useful in other key areas, such as yaw-misalignment correction, wind-farm optimisation and lifetime extension."

The Enercon and Lagerwey turbine introductions have built on an expanded joint portfolio brought "under one roof", with a focus on the globally important low and medium-wind IEC IIIA class.

Until the introduction of its 2.35MW E-103 turbine last year, Enercon had concentrated on medium and high-wind models, with only one offering, the 800kW E-53 launched in 2006, aimed at the IEC III class.

The company is also working on Lagerwey's 4MW L160 with a potentially record-setting rotor diameter of 160 metres, and mounted on modular steel towers for hub heights of up to 166 metres.

A prototype is planned for the final quarter of 2019.

"Additionally, we decided on a total redesign of our successful 3.0-3.2MW E-115 volume model into an E-115 EP3 with the compact nacelle and single-piece blades, but retaining the 115.7-metre rotor diameter," says Lütkemeyer.

"This IEC IA+ turbine completes the EP3 range and will be available in 3MW 'silent mode', 3.5MW and 4MW ratings.

The typhoon class IEC IA+ means it will be certified for survival in wind speeds above WC 1, essential for markets like Japan. A prototype is planned for the third quarter of next year."

The E115 redesign decision was fuelled by successful test results with the EP3 test carrier, refitted with the standard E-115 rotor and installed in April at the Lelystad test field in the Netherlands. 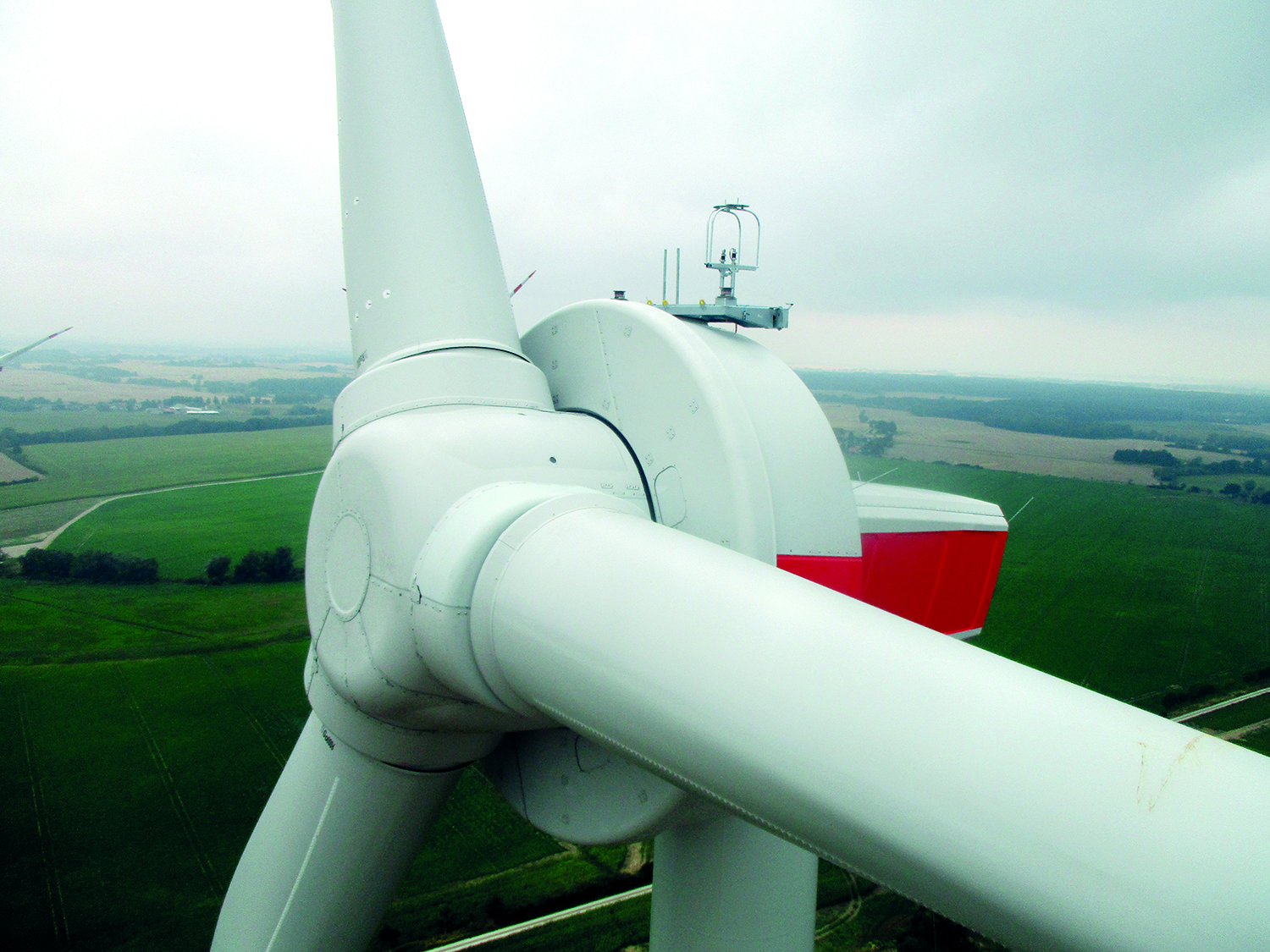 Lütkemeyer says the company has been pleased with the time and cost saving in transporting the modular nacelle elements (machine housing, generator and rotor hub) to the construction site, as well as the speedy site assembly and installation. The R&D team met its target of 70 hours for installation, he adds.

The test carrier has now completed over four months of running experience, with its testing procedure focused on the new bearing unit and validating generator performance.

Enercon is planning a rapid ramp-up for the EP3, with over a hundred E-126 turbines next year, plus another 50 E-138s.

This flagship model will be presented as an uprated 4.2MW E-138 E2 at WindEnergy Hamburg in late September, for which Enercon claims up to 10% extra yield at 7.5m/s wind speeds.

"For the moment, the E-138 E2 remains an IEC IIIA turbine, but the development process fits into our strategy to launch any new turbine for a given wind class, then find ways to reduce loads and raise IEC class," says Lütkemeyer. 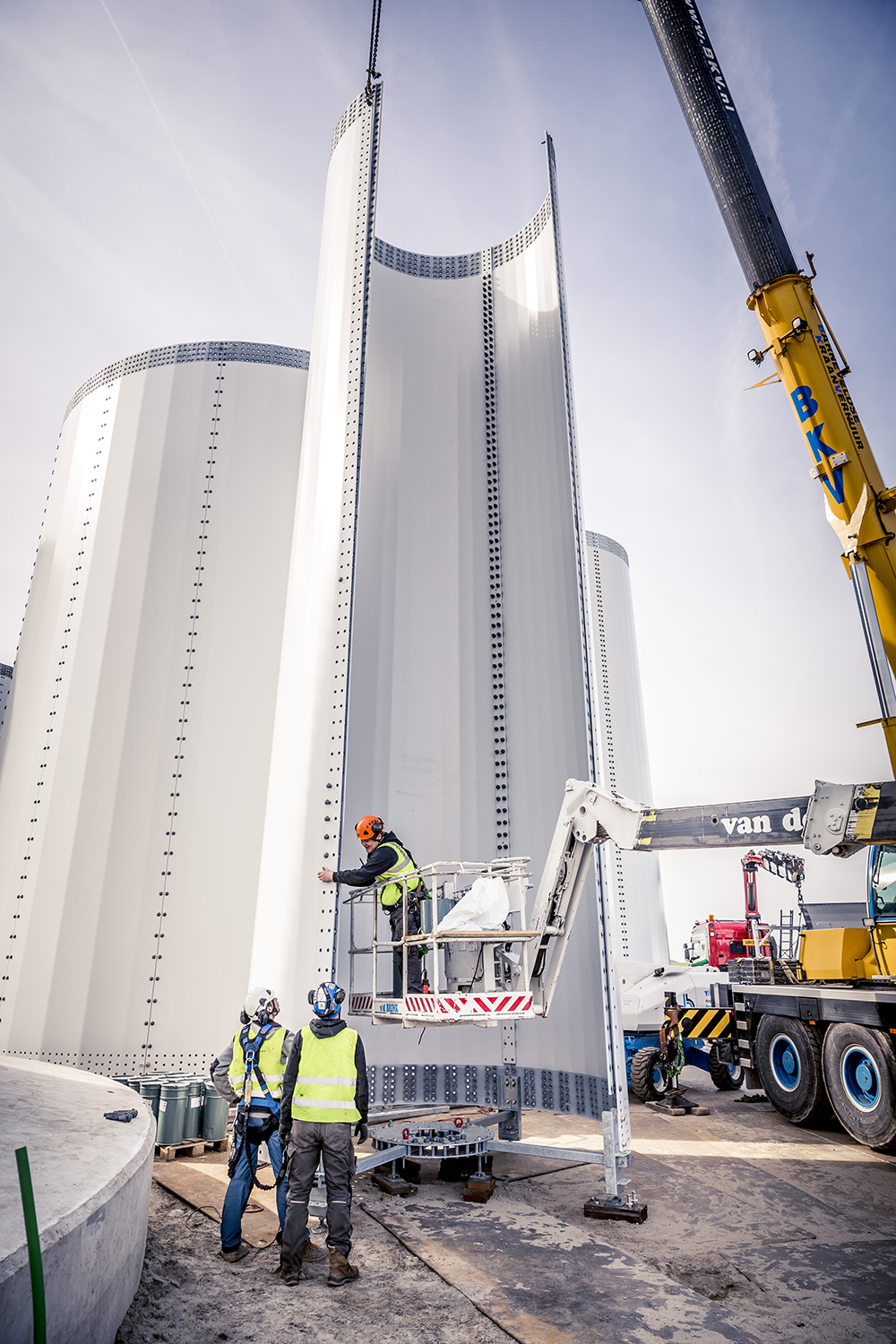 The use of modular steel towers (MSTs) is being considered for the E-138 EP3 for a hub height of 131 metres.

This patented bolted shell-type tower design with a wide base consists of a standardised basic element: pre-curved 2.8x12-metre steel sheets.

Key factors in choosing the MST over alternative tower solutions are tower height and the distance for road transport from the factory to the project site.

"Future MST application, with or without the self-climbing crane, will in practice depend upon country-specific conditions, including harbour and roads infrastructure, and the availability of trucks and installation cranes."

Lütkemeyer stresses that fresh opportunities for MSTs do not
automatically mean an end to current concrete-steel hybrid tower solutions, including the classic design with multiple bottom concrete coning rings, which are supplemented by tubular steel sections.

The E-126 EP3 prototype, for example, is mounted on a conventional hybrid tower with a 135-metre hub height, and this tower option is planned for initial projects using the E-138 in India.