The N149, which features 73-metre blades for a rotor diameter of 149 metres, will be commercially available with ratings of between 4MW and 4.5MW.

The prototype is mounted on a 125-metre tubular steel tower, but will also be offered with a similar design of 105 metres, and a 164-metre concrete-steel hybrid tower.

The nacelle's dimensions are unchanged from its 3MW N131 predecessor, despite the much higher rating and a 29% increase in rotor swept area.

Development of the Delta4000 has been driven by the increasingly price-competitive nature of mature wind markets as they transition towards competitive tendering schemes. 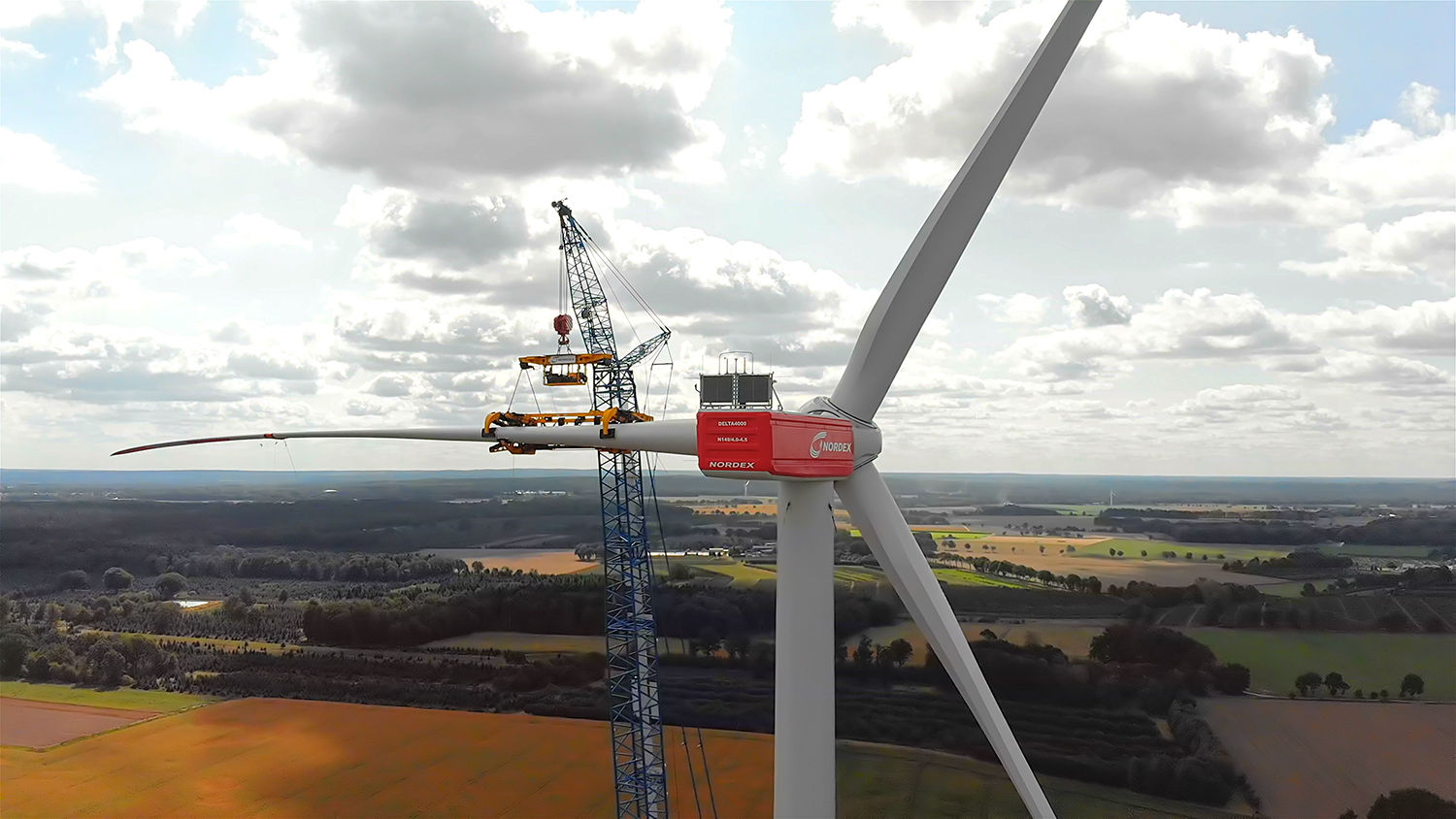 "Auction systems are being introduced everywhere and these cause huge downward price pressure and much stronger competition," Nordex head of product strategy, Till Junge, told Windpower Monthly.

"German and main export markets are not showing any hesitation in moving from 2-3MW turbines to the new 4MW-plus class," he said.

Further variants of the Delta4000 series are being planned, but Nordex has so far only confirmed the development of a 4.8MW turbine with a 133-metre rotor diameter for high-wind sites.