Its onshore and offshore wind farms produced 3.7TWh in the first six months of the year — the same generation level as in the corresponding period of 2017.

This came despite wind resources in central and northern Europe — where many of Innogy’s projects are situated — being "significantly lower" than the long-term average, it stated. 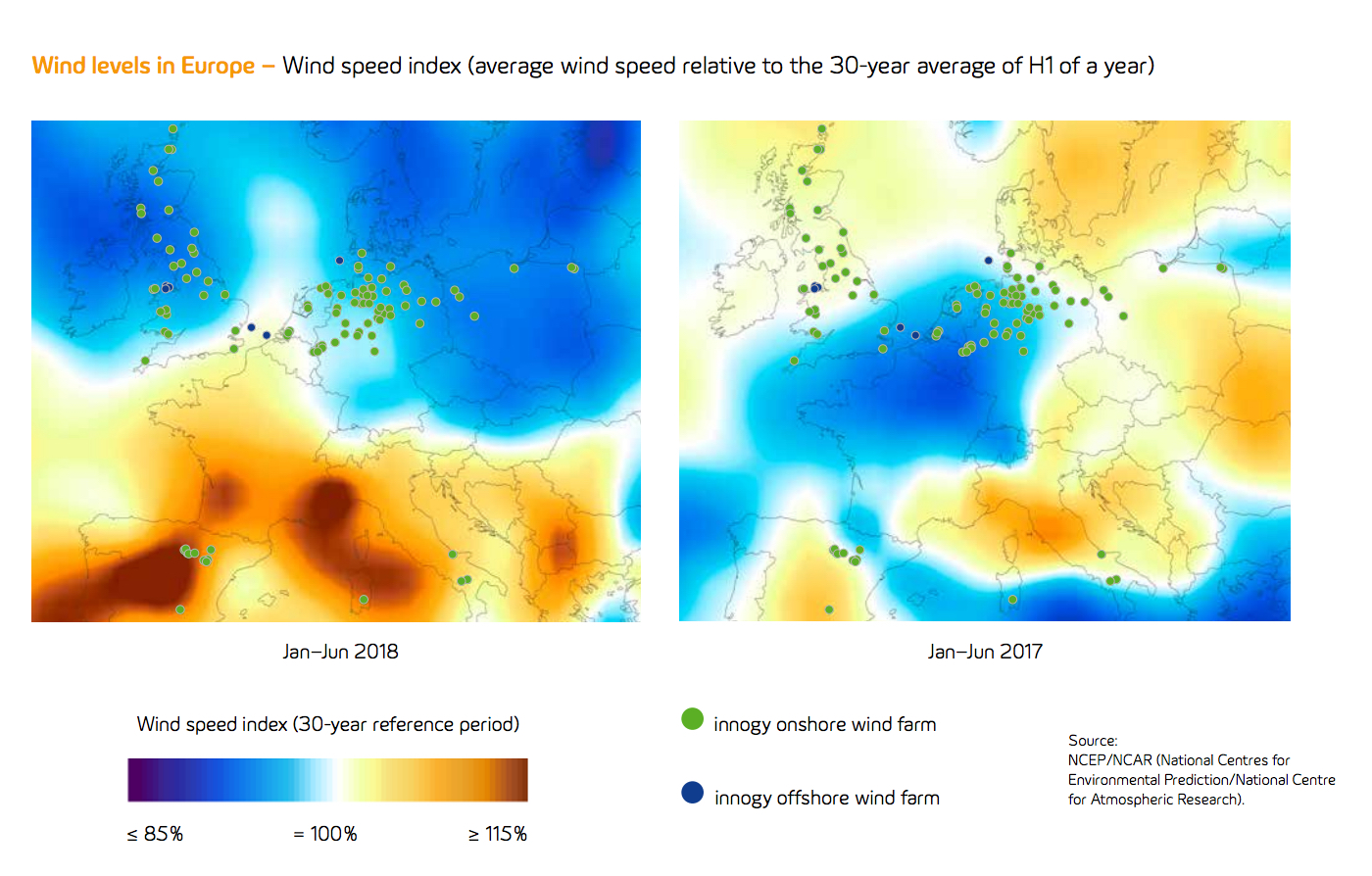 Chief financial officer Bernhard Günther suggested this was due to commissioning of new assets.

The company also commissioned its 57MW Brechfa Forest site in Wales at the end of June.

Revenue for Innogy’s renewable business in the first half of the year was €456 million, up slightly from €455 million in the corresponding period one year earlier, while operating profit fell 6% to €167 million.

Meanwhile, the majority of the €178 million it invested in renewables between 1 January and 30 June — up from €162 million a year earlier — was focused on onshore wind projects in Italy and the United States as well as onshore and offshore wind projects in United Kingdom, the company stated.

Günther added Innogy was about to close a partnering deal for its 860MW Triton Knoll project off the east coast of England.

In April Innogy secured the right to built and operate the 325MW Kaskasi project in the German North Sea in the country’s second offshore tender.

The impending asset swap between utility-developer E.on and Innogy’s parent company RWE would also remain a focus for Innogy in the second half of the year, Günther said.

The company will set up "integration teams to make use of the time before a potential closing" and "to prepare for a fast and smooth future integration", he added.

E.on announced the deal with RWE in March. In effect, E.on would buy Innogy’s grid and retail business, while RWE would take "most of" Innogy’s renewable assets.

It was announced in July that E.on would now own 86.2% of Innogy, following an accepted voluntary public takeover offer.