The report said a mixture of renewables, gas-peaking and storage will be required to replace the coal generation that will leave the grid at the end of its operational life.

Despite a number of national and international carbon targets, the AEMO suggested it was uneconomical to retire coal plants before the end of their technical lifespan, but said to replace this capacity low-carbon sources would be cheaper.

The AEMO’s 20-year integrated system plan is its first of this nature and focuses on the grid requirements of the nation, as it shifts to a more decentralised system.

"We are witnessing disruption across almost every element of the value chain. Due to the vital importance of affordable, reliable and secure power as the engine of a strong economy, care must be taken now more than ever to manage this transformation in order to minimise costs and risks and maximise value to consumers," said the AEMO CEO Audrey Zibelman.

By 2040, the AEMO predicted approximately 70TWh of coal generation will have been retired. This represents "close to one-third of total [market] consumption," the AEMO said.

The report authors said the cheapest way to replace this generation was by deploying a mix of 10.5GW in wind, 28GW of solar, 17GW of storage and 500MW of flexible gas generation, plus a massive upgrade in the transmission system.

This new portfolio of generation would provide 90TWh of generation, completely offsetting the loss of coal and in a time when demand is expected to remain level, with the growth of rooftop solar and behind-the-meter storage.

"The modelling shows that retiring coal plants can be most economically replaced with a portfolio of utility-scale renewable generation, storage, DER, flexible thermal capacity, and transmission," the AEMO said in the report.

It added investment in new generation and transmission infrastructure was "significant and unavoidable". It suggested a cost of A$8-27 billion ($5.9-20 billion) will be needed "irrespective of this plan".

To aid the roll-out of renewables, whether the politicians like it or not, the AEMO report identified a number of renewable energy zones which are suitable for low-carbon generating capacity. 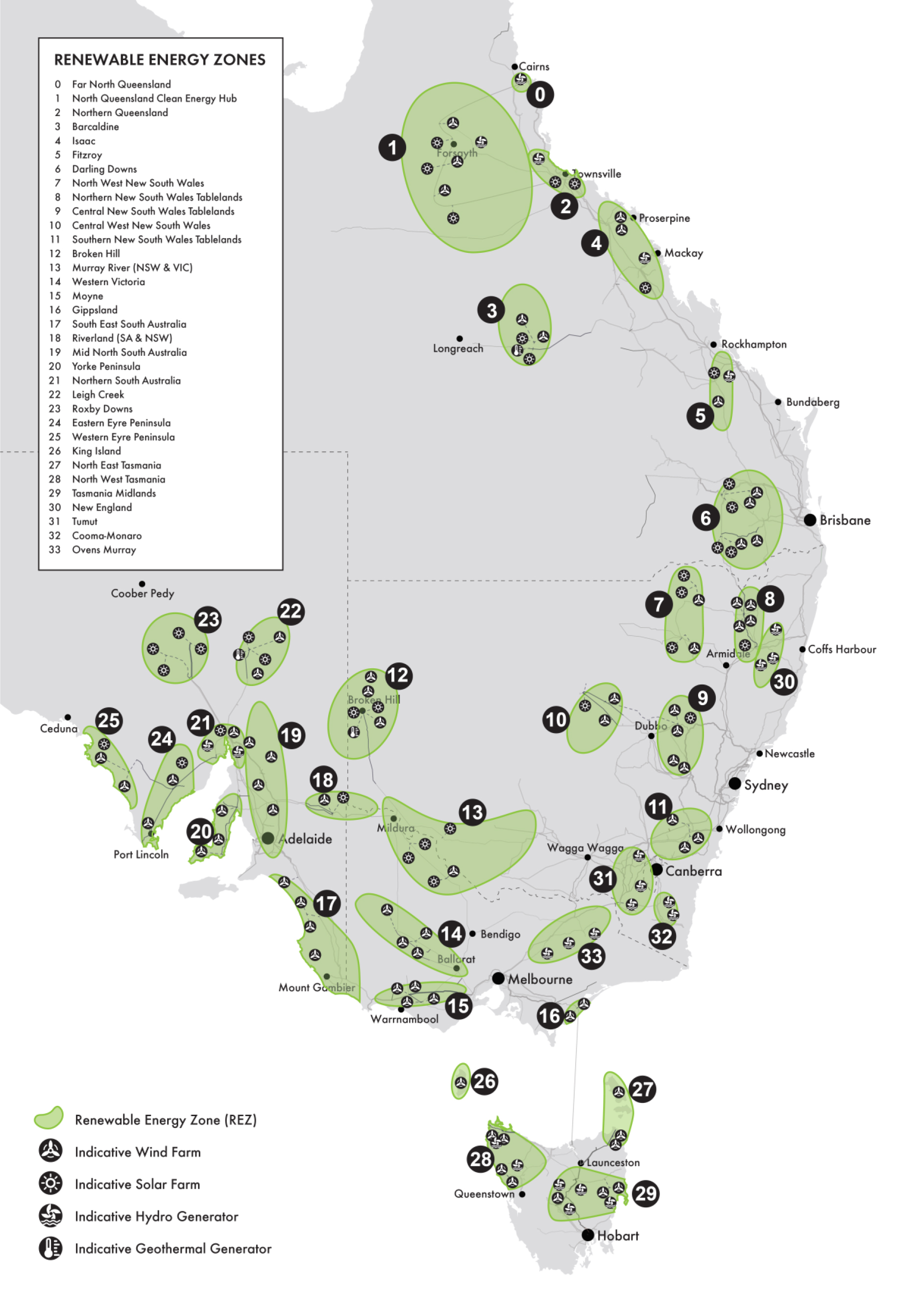 The renewable energy zones around southeast Australia, identified in the report. pic: AEMO. click to enlarge

The zones are also close to load centres or to a grid system that can cope with the increased level of variable capacity, even if it requires a little strengthening.

The key takeaway from the report is the need strengthen and integrate the Australian national grid further, with inter-territory interconnectors.