The 16.8MW pilot project will be located alongside the commercial site, which completed financing in August 2017.

It will be the first time the monobucket design will be used as turbine foundations in a commercial setting, Northland said.

The steel cylindrical base of the foundation uses its own weight and a vacuum to seal itself to the seabed. It removes the need for piling and means the site can be returned to its natural state, once the foundation has been removed. 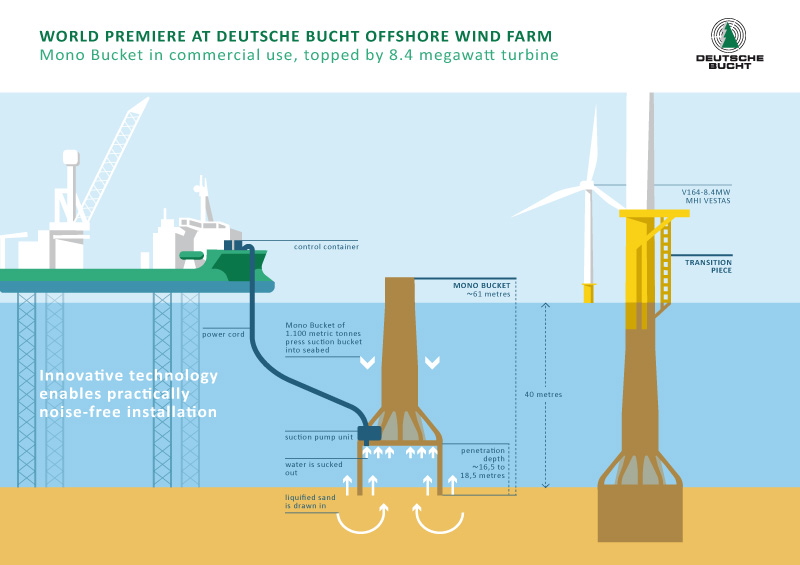 The two pilot foundations will be mounted with MHI Vestas V164 8.4MW turbines. The same model, up-rated to 8.4MW from 8MW, will also be used at the main commercial site.

It was also trialled at the Horns Rev 2 wind site in 2009 to host a met mast and was decommissioned after six years of operation.

Kristian Ravn, managing director at Universal Foundation, said: "This pilot provides a unique opportunity to utilise the monobucket foundation in a commercial project, demonstrating [its] low impact on marine habitats."

The Deutsche Bucht project is being developed by Canadian power firm Northland Power and will be built by EPC contractor Van Oord. It is due online in the second half of 2019.