The annual event is an opportunity for companies to showcase their contributions to economic development, and for citizens to learn more about the industry, they added.

GWEC secretary general Steve Sawyer heralded the industry as a "lifeline for rural communities around the globe" on Global Wind Day, while WindEurope CEO Giles Dickson highlighted the industry’s growth from "niche technology" to "success story".

The wind power industry has brought jobs, tax revenues and other investments to many regions, including ones that have previously depended on traditional industries, the two organisations said in a joint statement.

The industry bodies revealed the winners of its annual global photo competition. The judges selected photos that "capture the power of wind".

Chetan Soni’s photograph of an Indian farmer working in his field next to turbines in Madhya Pradesh district won the Local Impact category. 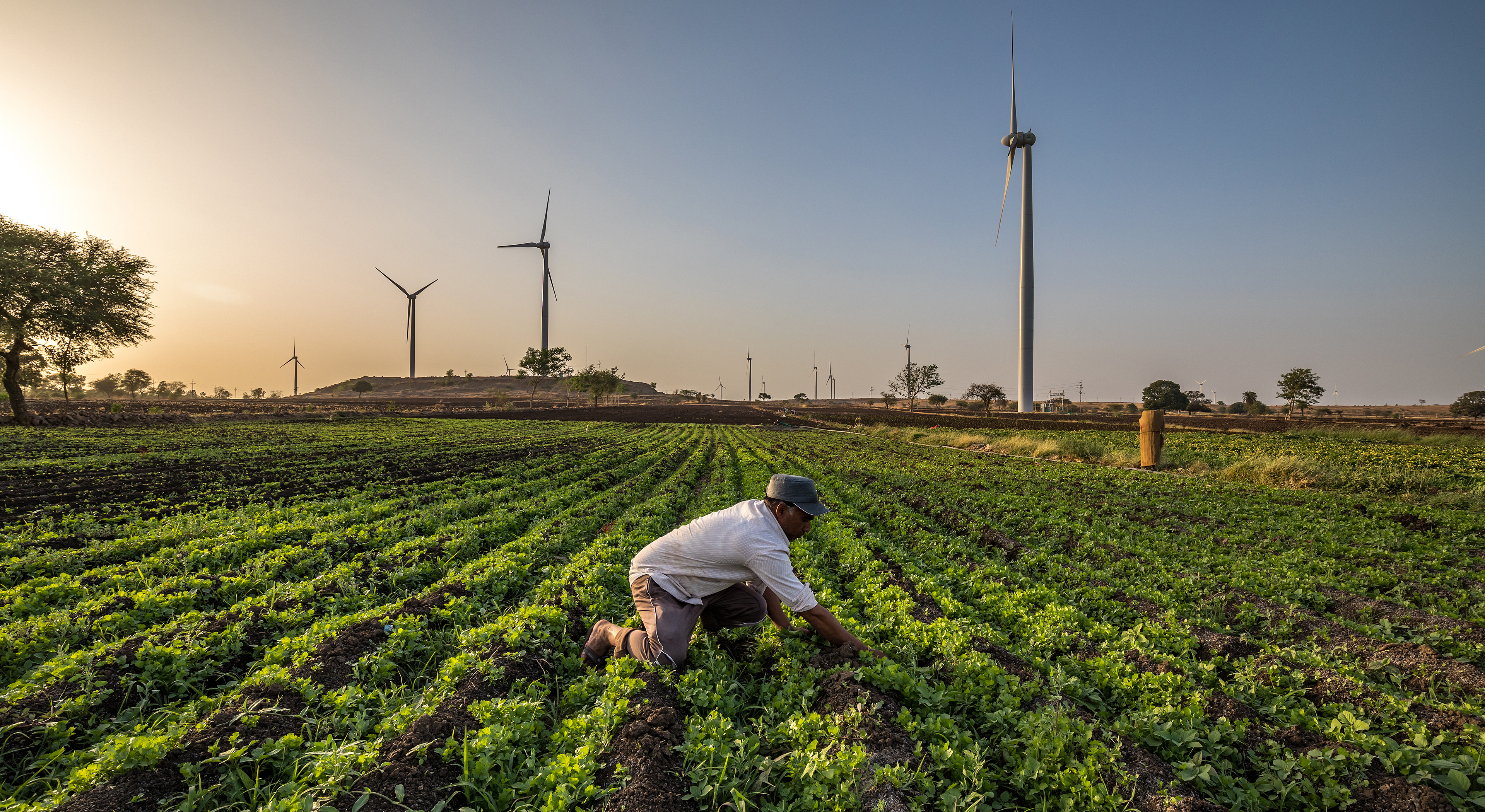 "I love to shoot people and their daily life activities who lives and works around it."

Klaus Rockenbauer captured a storm approaching the Balko project in Oklahoma at sunset to take top prize in the Visionary Wind category. 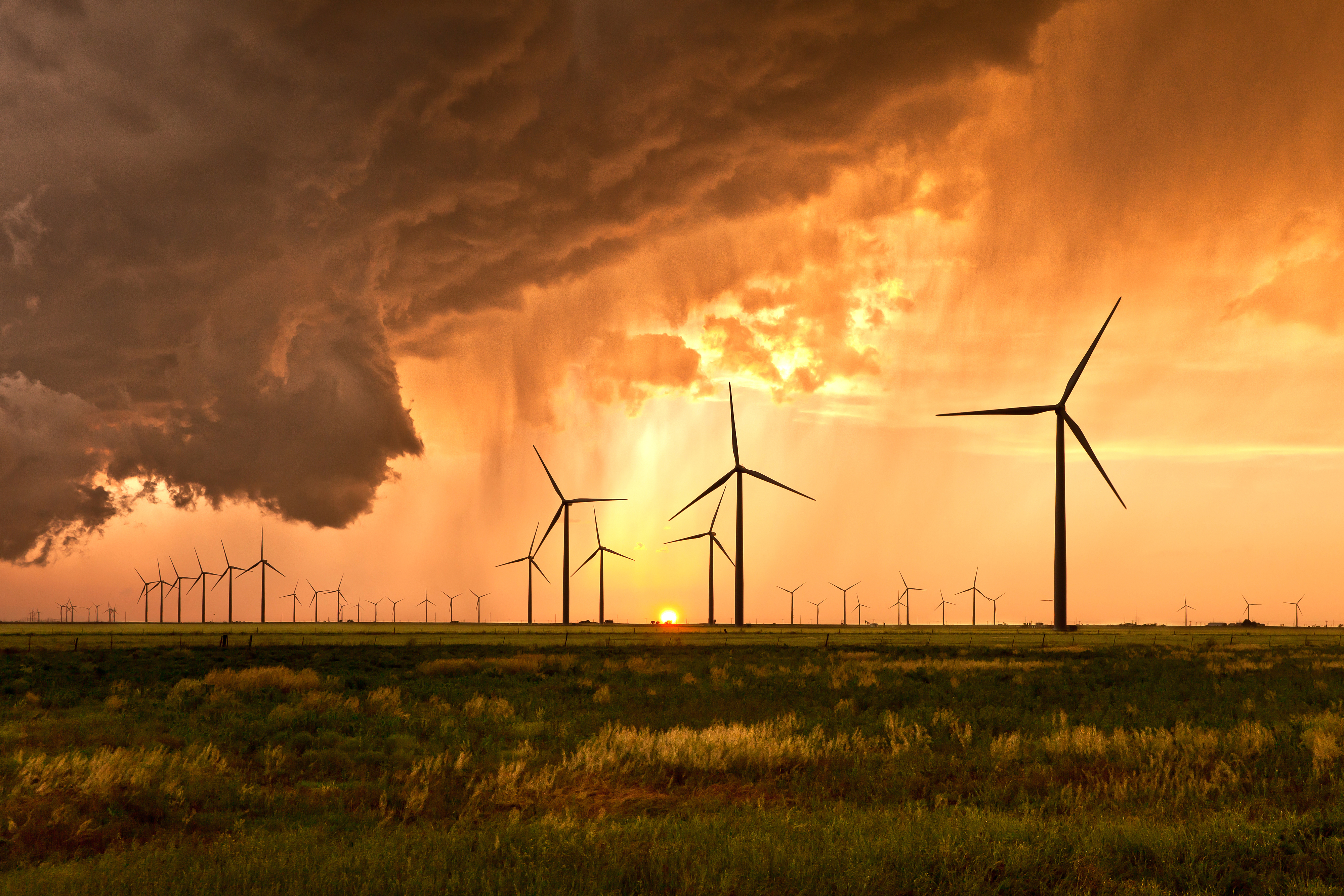 "I’ve been interested in wind energy since I saw the first turbine when I was an eight-year-old boy," he said.

"This was the moment when I knew, that’s my future. Now I’m working as a technician on wind turbines and I’m in wind business for eight years now.

"Wind turbines are still my big interest. I’m a hobby photographer in wind energy for 13 years now, travelling a lot nearly around the globe to take great photos of wind farms and wind turbines."

Paul Langrock won in the Boosting Economies section for his photograph of two technicians working with ropes "like spidermen" to check blades in Brandeburg, Germany. 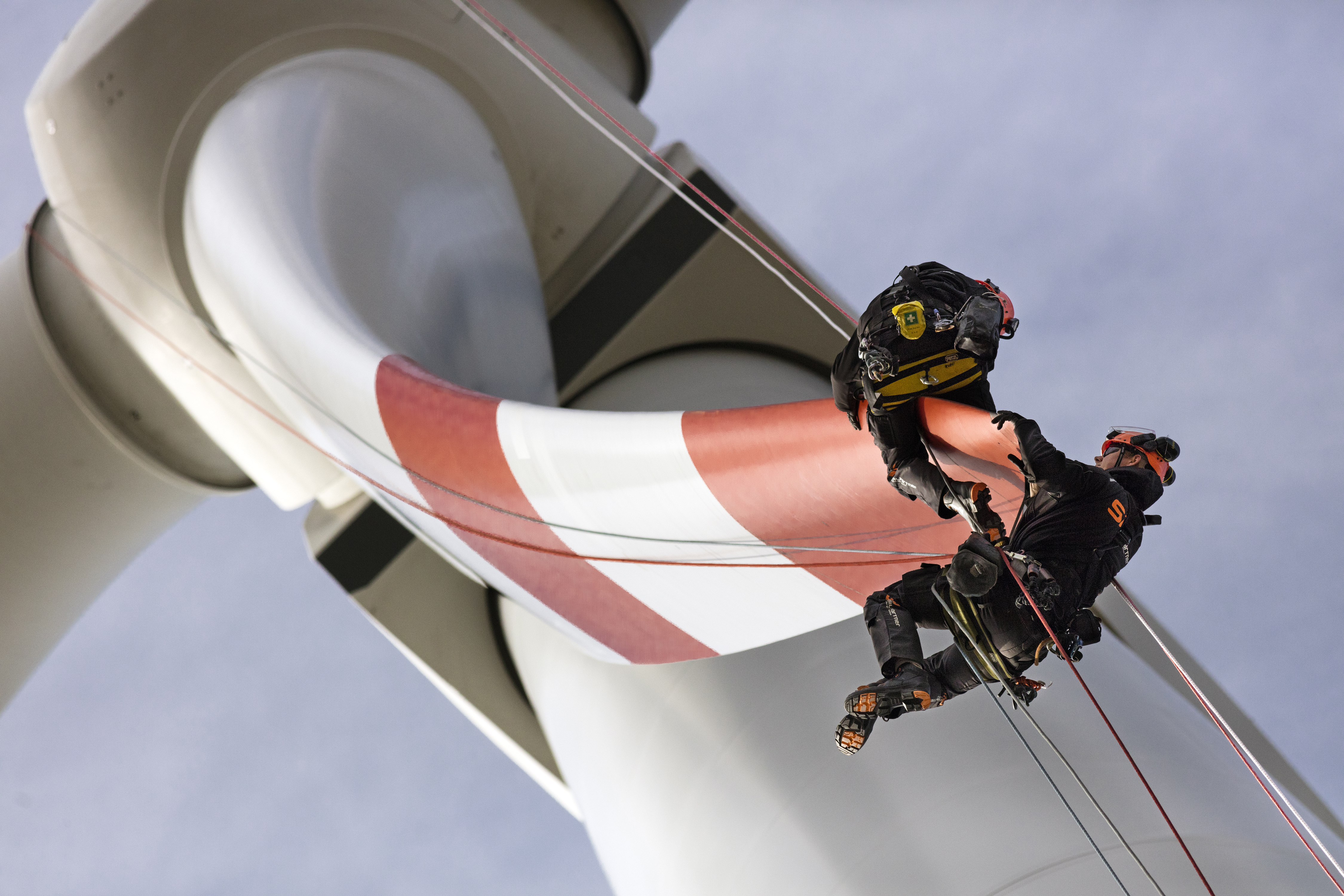 He said: "I´ve specialised in renewable energies for more than 15 years, and it is always impressive to watch these guys, working on rope high above and absolutely without any fear of giddiness, through my camera."

But he added: "In the future they will try hard working on a competitive basis – drone photography certainly will substitute one or another part of their fearless jobs."

Giles Dickson, WindEurope’s CEO said that the wind industry employed 260,000 people in Europe, contributed €36 billion to the European Union’s GDP and was worth €8 billion in exports.

He added onshore wind is becoming easier and cheaper to integrate into the grid.

"Whether it’s providing local jobs and investment in the supply chain or wind farms contributing taxes to local municipalities, wind energy is having a positive impact in communities across Europe."

GWEC secretary general Steve Sawyer added: "Wind power not only provides clean, emission-free power, local industry and employment, and attracts both domestic and international investment, it is an industrial lifeline for rural communities around the globe."