With the letter of intent, the two companies will research "feasible design options, the economic rationale, and the regulatory and market requirements of such a combined and international infrastructure".

Using offshore wind projects as a part of the interconnection between North Sea countries would "increase the utilisation" of the cables, Innogy said. It would mean power could be sent more easily to where it is needed.

"Given WindEurope's forecasts of the planned deployment of up to 70GW offshore wind by 2030, new approaches must be investigated to connect large scale offshore wind to the onshore grids," said Mel Kroon, Tennet's outgoing CEO. 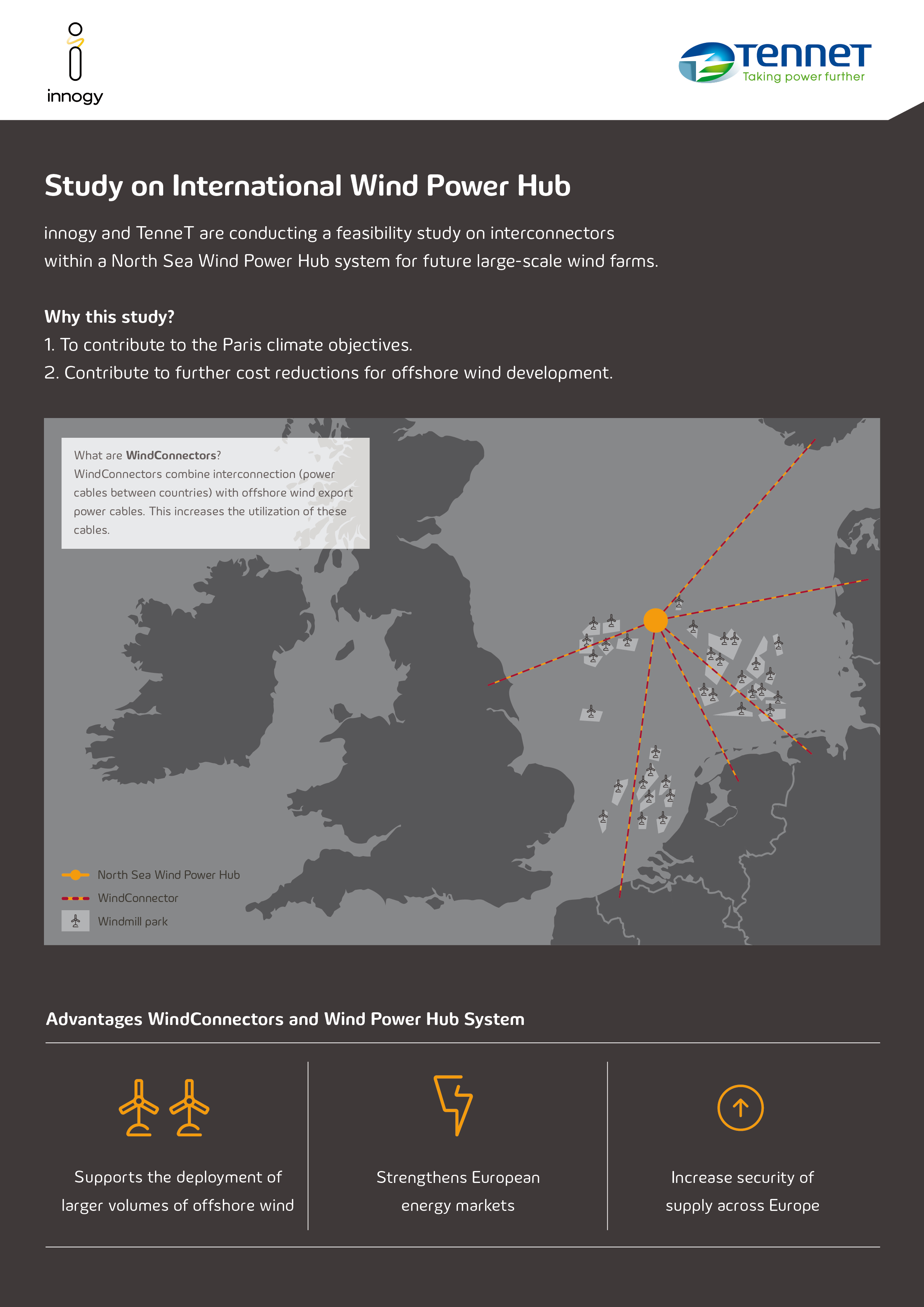 Innogy and Tennet infographic about the study. Click to enlarge.

"A North Sea Wind Power Hub system supports the deployment of significantly larger volumes of offshore wind. The cooperation with innogy offers us a perfect opportunity to investigate such new approaches," Kroon added.

Kroon will be replaced by consultancy Accenture's managing director for the Netherlands, Manon van Beek, in September.

"The main benefit will be the ability to supply consumers with larger volumes of cheap, predictable and low carbon offshore wind power well into the future. With this research project we become a trailblazer for the whole offshore industry," Bünting added.

There will be many hurdles to overcome, possibly complicated further by the United Kingdom's looming exit of the European Union, where Innogy has several offshore wind projects in development.

Tennet has previously unveiled an ambition to create and interconnected North Sea with its "hub and spoke" artificial islands solution. 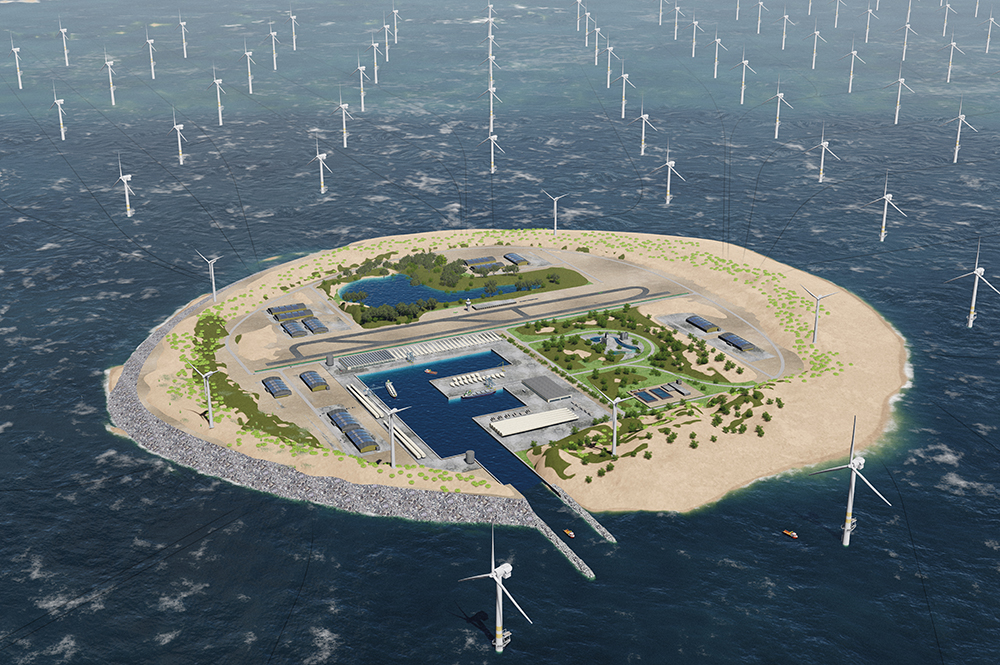 The artificial island "hub" would be surrounded by offshore projects in the North Sea and connected together via the "spokes" of project export cables. The islands can then transmit all of the power back to the mainlands.

Tennet said an island would allow for shorter connections between projects and an AC-to-DC substation. It argues the shorter distance would allow developers to use cheaper AC cabling.

In a seperate agreement, Tennet and swedish developer Vattenfall will investigate a similar interconnection between the Netherlands and the UK but connecting two nearby planned offshore wind projects: the Ijmunden Ver site and one of Vattenfall's Norfolk projects.