We are ready for commercialisation," Irene Rummelhoff, executive vice president of new energy solutions at Statoil, declared during the opening session of a recent international conference on floating wind energy in Marseille, France. Many speakers agreed, arguing that the industry has built enough demonstrators and now needs to move on to commercial projects in order to drive optimisation, build the supply chain and start reducing costs. Others were more cautious, noting that a number of major challenges still need to be overcome.

Underlying much of the discussion was how to achieve serial production. A commercial array of 500MW will require 50-100 units, ideally produced in sync with the installation schedule. This raises all sorts of questions, notably regarding the supply chain, port infrastructure and the serial manufacture of floaters, delegates heard.

Mooring lines, anchors and next-generation dynamic cables were cited as key challenges. "The mooring industry is not ready for serial production," Clément Mochet, commercial director at Vryhof, stated, while also warning of potential bottlenecks in the supply of steel chain and synthetic rope.

In a joint presentation of a hypothetical 600MW project coming online after 2025, Vryhof and Siem Offshore gave some indication of the scale of the components required. Assuming 50 units, each held by five catenary mooring lines, that gives a total of 250 lines made of 35,000 tonnes of chain, plus 4,000 tonnes of anchors and 250km of inter-array cables.

The study also revealed how the layout of a commercial wind farm, with all the catenary mooring lines plus inter-array cables and the export cable, needs to be carefully designed to avoid them clashing into each other on the seabed and to facilitate installation. This may result in a slightly sub-optimal layout for the turbines, balanced against easier and cheaper installation and maintenance procedures.

Pierre-Paul Lacas, technical leader for floating offshore wind projects at STX France, presented a design for a floating substation. The topside is almost ready to float, he said, although he admitted the mass of cables and mooring lines could be likened to a bowl of spaghetti. In the meantime, there are no high-voltage dynamic cables on the market that can handle the power output from floating substations, Lacas noted.

Synthetic mooring lines, such as the nylon ropes used for Ideol’s Floatgen demonstrator, are a lighter and cheaper alternative to steel chain, but need further development to demonstrate their suitability for floating wind, delegates heard. According to rope manufacturer Bridon-Bekaert, the requirements of a single commercial project could be equivalent to a significant proportion of synthetic permanent moorings used in the oil and gas sector to date. 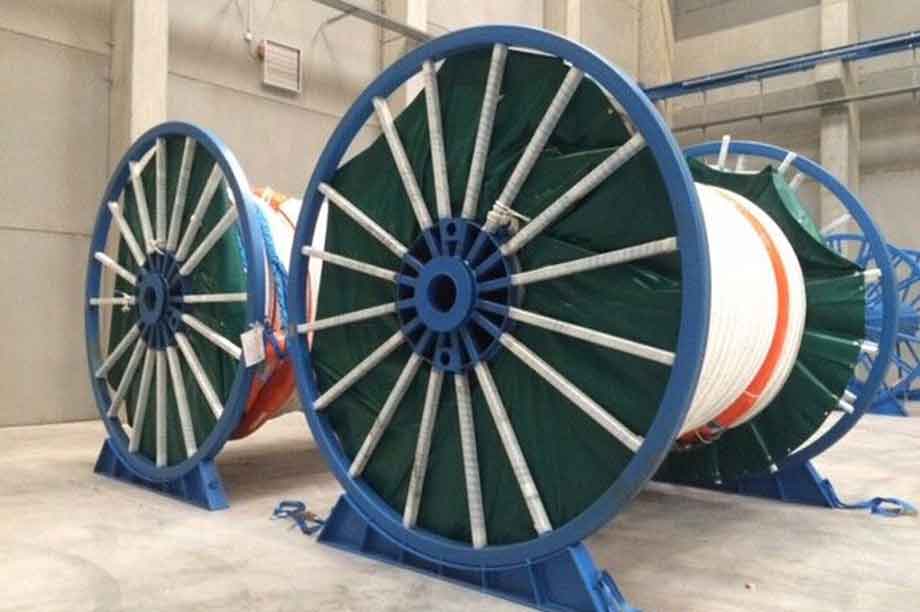 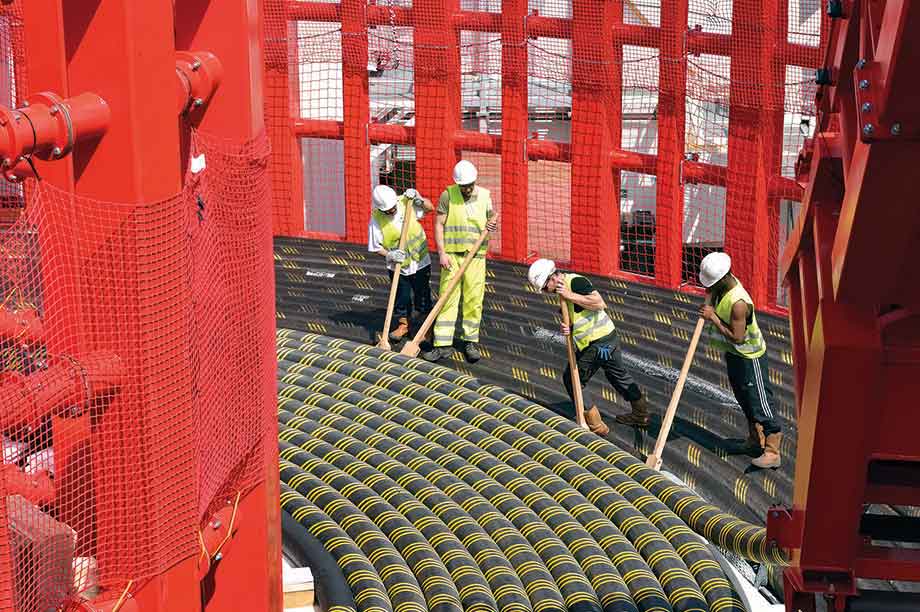 Missing links… Utility-scale production is being hampered by a shortage in synthetic mooring lines(left) and the complete lack of dynamic high-voltage cables (pics: Ideol/NKT)

Andrew Clayson, managing director of Flinstone Technology, emphasised the need to involve the installation contractor as early as possible to avoid pitfalls, and also the need to build in adequate redundancy. "A mooring line will break at some point," he stressed, explaining that "in the oil and gas industry, you get a line loss every eight project-years."

Another concern raised by several speakers covered port infrastructure. "We assume it is easy to manufacture and transport huge machines, but there is usually the bottleneck of port infrastructure," warned Julien Marchal, director of sales, business development and public affairs at Naval Energies.

"Delivery on time … at the quay is a big question," he added, pointing out that many ports may not offer the necessary water depth, crane capacity, storage areas and so forth. This would impact the design, and therefore cost, of the floaters and the assembly procedure.

Joost Heemskerk, renewable-energy product line director at SBM Offshore, agreed. "We need a very efficient local procedure, with an optimised sequence for assembly and installation," he noted. "The installation solution must be designed from the beginning. You can’t stack floaters of this size if the weather is not good."

More work is also needed on cable connections and how to bring turbines back to shore for major maintenance. "This needs a lot more consideration," Alex Gauntt, Siem’s business development manager, said, although he believes that "plug and play solutions" will come.

Indeed, many speakers agreed that the industry will find solutions if there is sufficient demand. "There are no insurmountable obstacles," observed Andrew Tipping, commercialisation manager at ORE Catapult, presenting the Lifes50+ study on commercialisation risk. "A lot of issues will be solved as volume is there and credible partners come in," he believes.

That said, first of all "policymakers need to supply long-term visibility to get the wheel of opportunity going," Heemskerk noted. On that score, the first movers are likely to be France, the UK, Japan and the US, as they look to move beyond the current demonstrators, pilot arrays and pre-commercial projects.

However, WindEurope CEO Giles Dickson added a note of caution, citing a potential gap in the European pipeline between 2021 and 2025, when the first commercial projects are likely to start coming online. This presents a serious risk, especially for smaller companies who might simply run out of cash while waiting for firm orders.

On the other hand, the gap can also be viewed as a "window of opportunity," Dickson argued. In Europe, for example, floating wind could play a key role in helping the EU meet its 2030 climate goals. The industry should be pushing governments to get floating wind enshrined in the forthcoming national climate and energy plans, thereby creating a market for the next decade, he said.

France may well lead the way in commercial deployment of floating technology, delegates learned. The French government plans to launch the first commercial tender next year, possibly followed by annual tenders up to 2GW of capacity, said Laurent Michel, director general of energy and climate in the ecology ministry.

Other commercial projects vying for first place include the 150MW Redwood Coast project off California, which could be online in 2024. And during the conference, Ideol and Macquire Capital announced they were joining forces to develop a utility-scale commercial project in Japan, with an ambitious target of 2023, according to Bruno Geschier, Ideol’s chief sales and marketing officer.

How quickly all this happens partly depends on price, of course, though that is a question of chicken and egg: industrialisation will bring cost reduction, but governments want to see prices dropping before committing to large volumes. Nevertheless, despite the challenges that remain, most delegates believed that floating wind would achieve the same dramatic cost reduction as fixed foundations.

Leading the charge, Irene Rummelhoff announced Statoil is targeting a levelised cost of energy (LCOE) of €40-60/MWh in 2030, close to the price for fixed foundation projects. While many thought this was pretty ambitious, Rummelhoff pointed out that Hywind Scotland (pictured, below) "is working better than anyone had hoped." 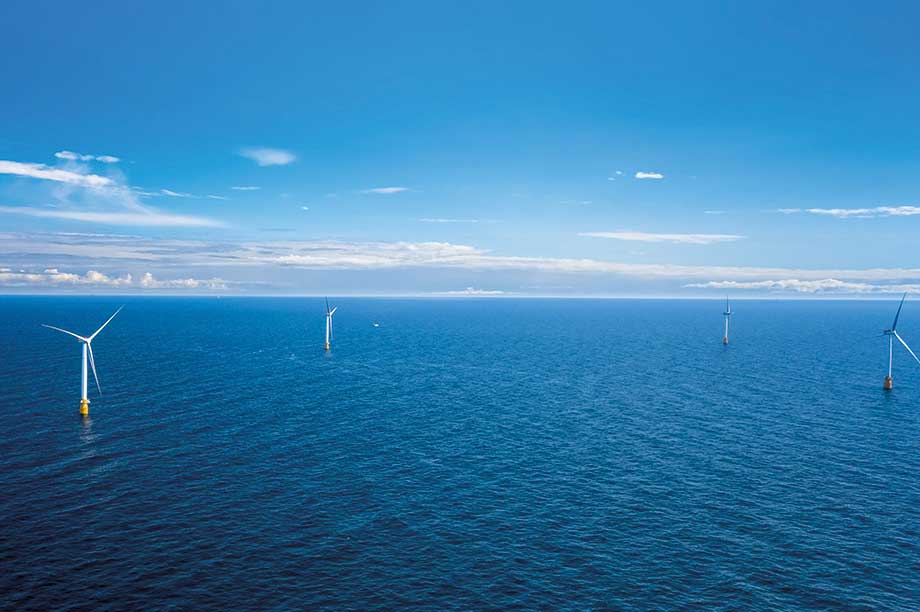 The world’s first floating array has not only survived a hurricane and waves up to 8.2 metres, but also achieved average capacity factors of 68% in January and February, Rummelhoff announced, to spontaneous applause. These were admittedly very windy months, but when pushed, plant manager Halvor Hoen Hersleth said he hoped for an average of around 60% over the year.

While there is still much to learn, the industry trusts this is just a sign of things to come.