The developer received certification for its 1.7MW storage system, which is attached to its 15MW Barasoain wind farm in Navarre, Spain, at the American Wind Energy Association’s Windpower 2018 conference in Chicago.

It is the first time a storage plant has been awarded system-level certification. 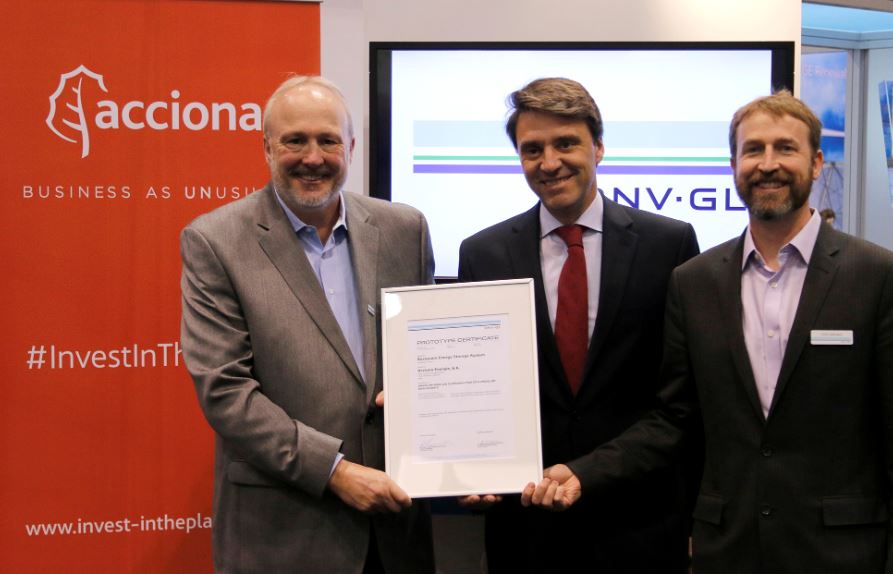 The process was carried out to ensure safety, performance and reliability for grid-connected energy storage systems, the manufacturer stated

It installed the battery storage facility to further explore grid integration and the use of wind generation to provide reserve power from its central renewables control room. The company inaugurated the system in September 2017.

Both Samsung SDI lithium-ion batteries capture and store energy produced by one of Acciona’s 3MW AW116/300 turbines installed at Barasoain.

The entire system, which also includes four other Acciona turbines, is managed by control software developed by the manufacturer and is monitored in real-time from the company’s renewable control centre in Sarriguren, near Navarre’s capital city of Pamplona, some 25 kilometres north of Barasoain.

The American Wind Energy Association (AWEA) will hold its Windpower 2018 conference and exhibition in Chicago (7-10 May). Windpower Monthly will bring all of the coverage from the show across the week.