The Netherlands has entered the top ten, in ninth place, due to its rapid expansion of renewables.

"Recent offers for unsubsidised offshore wind and a growing solar PV market are strong contributors". The Netherlands came 16th in EY’s May 2017 rankings.

Denmark, meanwhile, moved up from 14th in EY’s October 2017 rankings to tenth. "Greater interconnection to the rest of Europe and the UK is likely to create future opportunities for export of excess wind-generated power," the report said. 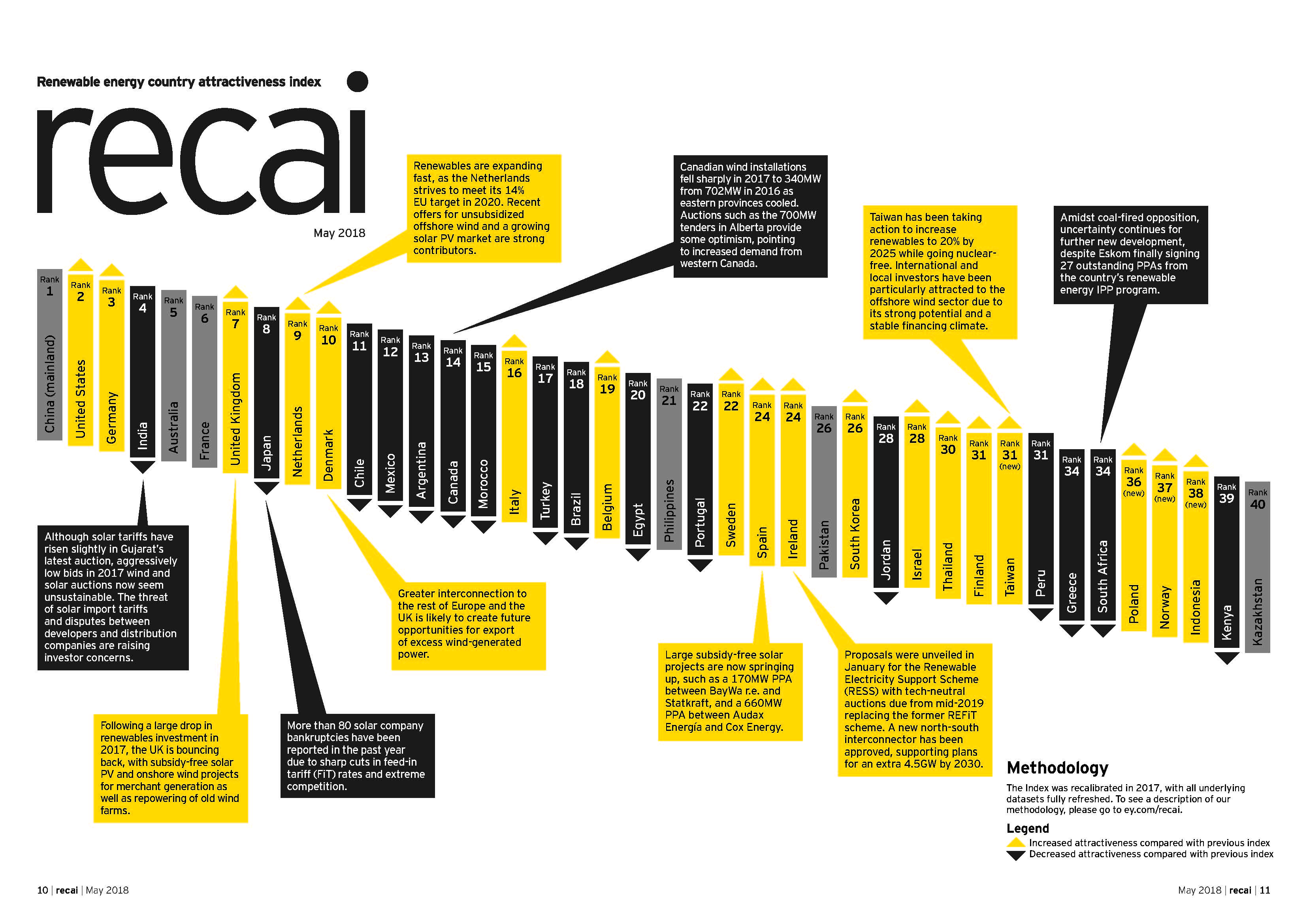 The UK has also moved up to seventh, from tenth in October, while Germany and the US leapfrog India, which slipped to fourth.

"The threat of solar import tariffs and disputes between developers and distribution companies are raising investor concerns," EY added.

In India, some state regulators and utilities stopped payment to some wind project operators under the feed-in tariff (FIT) scheme, seeking to reduce the FITs to the same rate as the low auction prices seen across the country.

Vietnam, Algeria — both new entrants in October’s ranking, Uruguay, and the Dominican Republic have all slipped out of EY’s top 40, being replaced by Taiwan (31st), Poland (36th), Norway (37th), and Indonesia (38th).

Ben Warren, EY global power and utilities corporate finance leader and Recai chief editor, said: "While the current economic climate has driven a relentless focus on costs, that focus is paying dividends, with the global cost of electricity from renewable sources falling year-on-year.

"Combined with the plunging cost of battery technology, we anticipate further rapid growth of the evolving renewable energy sector in the coming years."