A total of €51.2 billion was invested in wind power across the continent in 2017, up 9% on the previous year, new figures show.

The development of new wind farms accounted for €22.3 billion (43.55%) of this total, with the remainder made up by refinancing of existing sites, acquisition of projects and companies involved in wind, and public market fundraising.

This change reflects the falling costs of wind power, WindEurope stated in its Financing and Investment Trends report.

"This is largely due to increased competition in auctions and technology advances that are driving cost reductions in the supply chain," he said.

Meanwhile, offshore strike prices of £57.50/MWh (€64.10/MWh) in the UK’s second auction round in September reflected a price reduction of more than 50% from a previous auction round in February 2015.

The competitive pressure of auctions and the maturity of the wind power sector as a whole is changing the way projects are financed, WindEurope added in its report.

Power producers still carry projects on balance sheets through to Final Investment Decision (FID), but refinancing or the sale of minority stakes in wind farms takes place much earlier in the financial arrangements of a project, the authors stated.

Partnerships have already been developed through years of experience and a growing confidence in the sector makes it easier for developers to sell projects, the authors added. 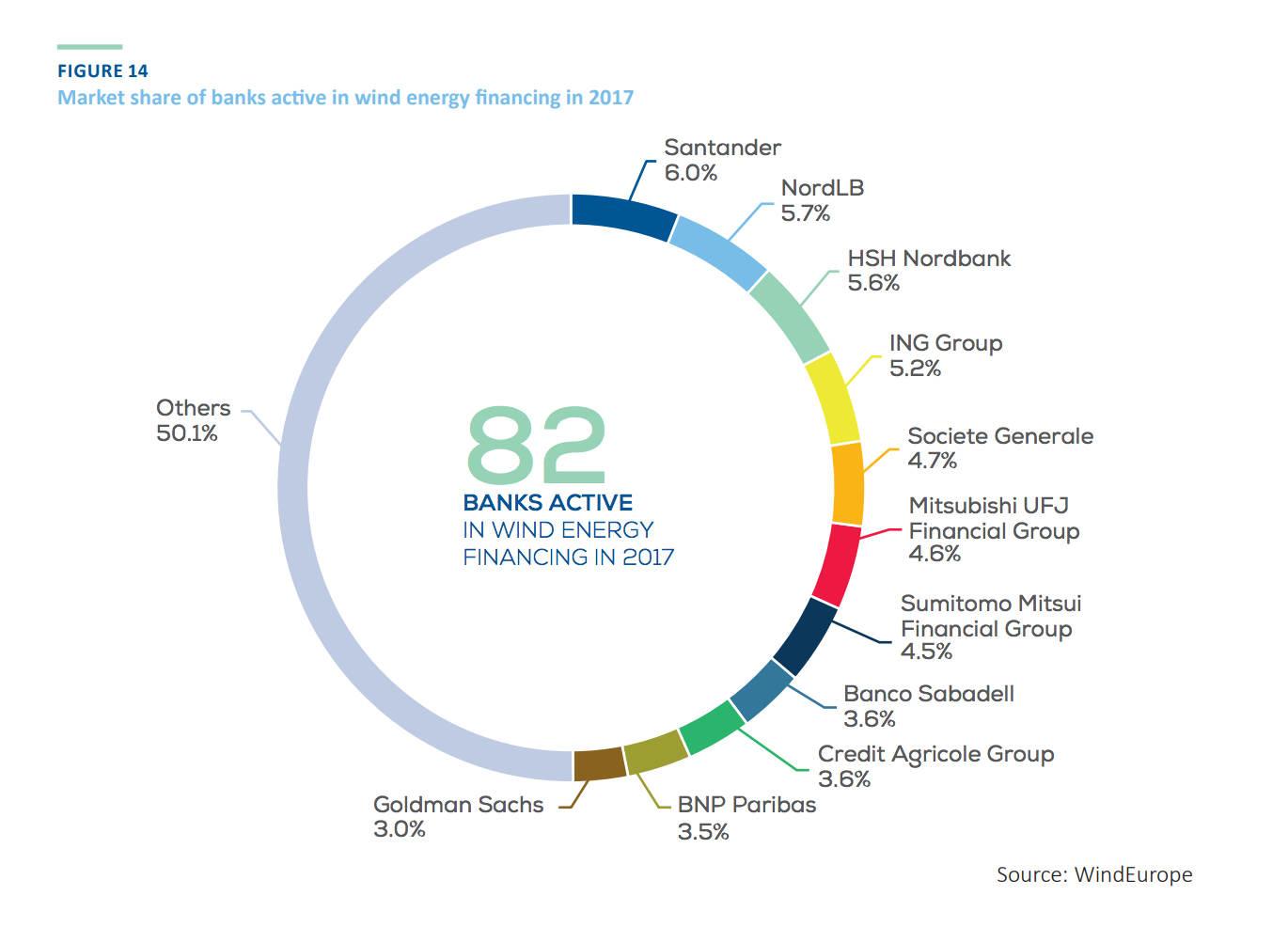 Market share of banks active in wind energy financing in 2017

Green bonds are emerging as an alternative source of debt and helping risk-averse institutional investors — the "main subscribers to these bonds" — gain access to the wind sector, WindEurope stated.

This shows investors "have more and more trust in the industry and are confident they will see a healthy return", it claimed. 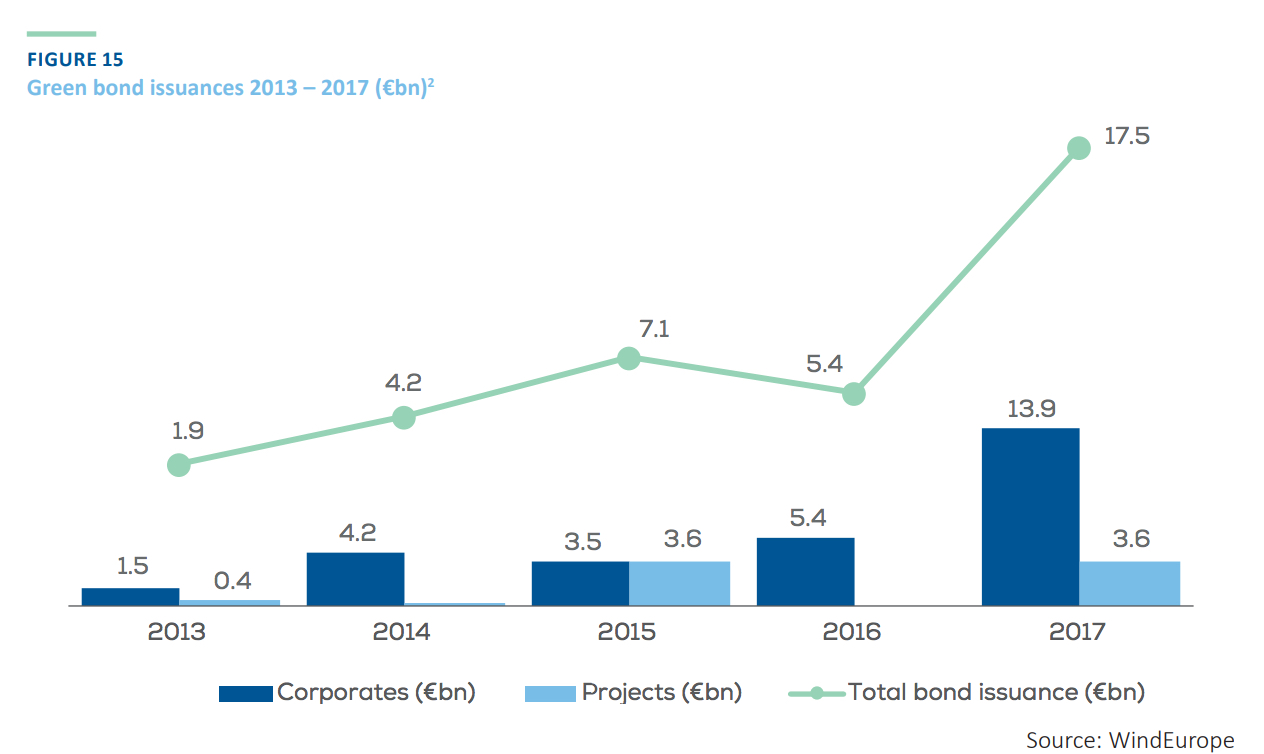 At least 40% of this total was through companies directly operating in the wind power industry, WindEurope added.

Investors are also coming from further afield, with 20 European countries making investments in 2017, compared to 16 a year earlier.

Investment in southern and eastern Europe remained low, representing 16% (€3.5 billion) of total new assets financed in Europe.  WindEurope claimed "a lack of regulatory stability" was to blame for this.

The report’s authors added: "Investor confidence (in southern and eastern Europe) has been slow in recovering mainly due to macroeconomic and political factors."

Tardieu added with auction systems "settling down" and successful projects reaching FID, "the outlook for 2018 is strong with investment volumes expected to increase".

"The investment outlook to 2020 is strong but there remains a lack of visibility on new projects after 2020.

"Having visibility throughout Europe is crucial to providing the right investment signals," Tardieu noted.