The company reaffirmed its intention to spend between $1 billion and $2 billion in the division each year until 2020 in its Energy Transition report.

It set up its New Energies division in 2016 to build on its experience in "lower carbon technology" and "explore new commercial models focused on the world’s energy transition".

The company had previously stated it intended to spend up to $1 billion per year by 2020 to explore opportunities in renewables and biofuels, before upping this spending target in 2017.

Shell reduced its annual capital spending from $46 billion in 2013 to $24 billion last year, and has earmarked between $25 billion and $30 billion in total annual spending until 2020.

But Chad Holliday, the company’s chair, claims Shell’s strengths of having a "global energy supply and trading network" and staff with "some of the best engineering and project management expertise around" can be leveraged in areas outside its traditional sectors of oil and gas.

"We are preparing for the future by using those strengths while investing in new areas of energy, whether that is wind or solar power, charging points for electric vehicles or lower-carbon biofuels," he wrote in a foreword to the report. 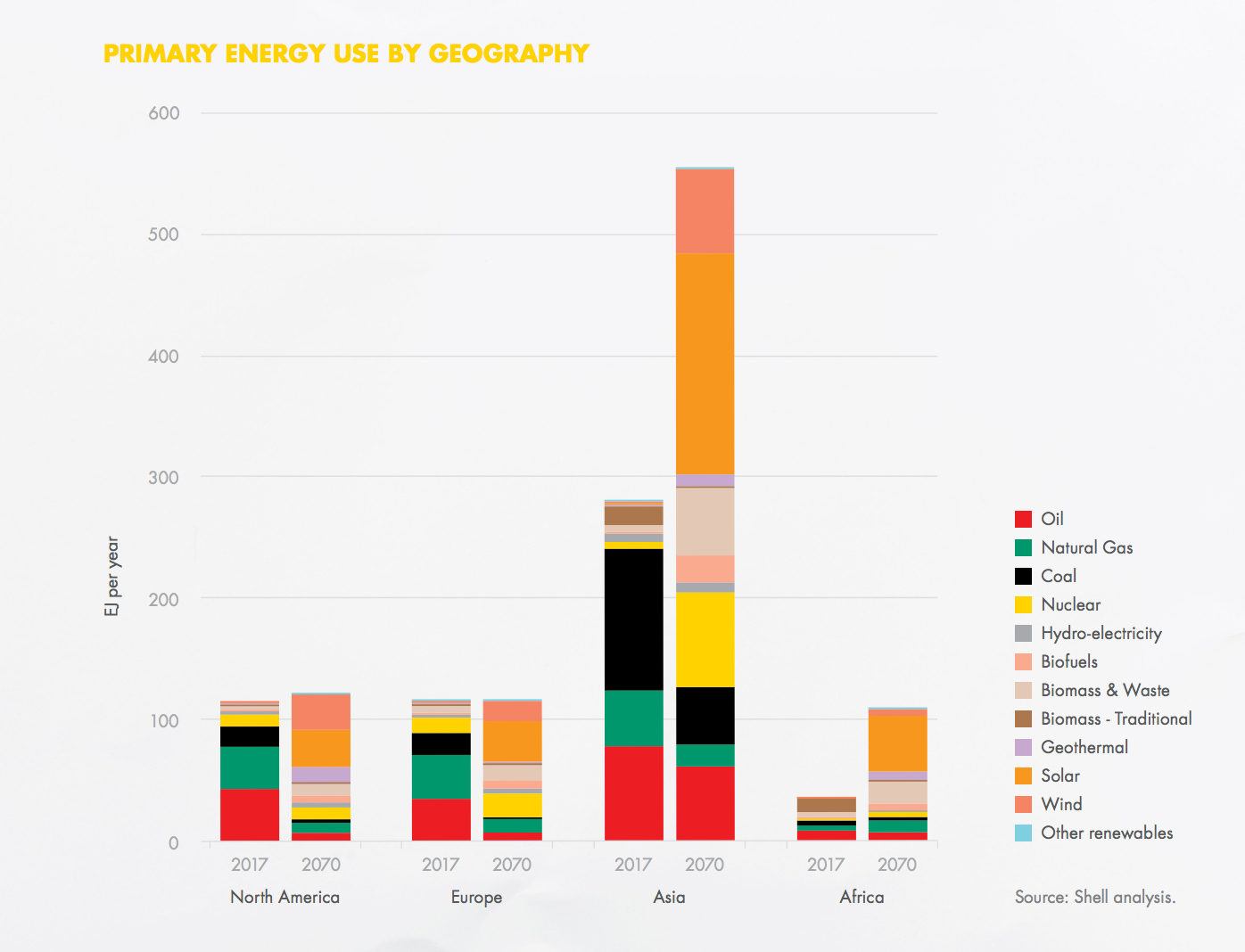 Each of its energy scenarios accompanying these changes feature "long-term demand for oil and gas, alongside rapid growth in renewable sources like wind and solar, and low-emission fuels such as biofuels," the report’s authors wrote.

It anticipates only hydrogen (CAGR of 29.7%) and solar PV (20.3%) demand will grow at a faster rate over this period.

The authors wrote: "The decline in costs of solar and wind generation, along with the electrification of the energy system, make the development of renewable energy resources increasingly attractive for society, and an attractive opportunity for Shell."

The report comes a week after environmental group Friends of the Earth threatened Shell with legal action over its contribution to global warming.

Shell led a consortium that won a tender for the 680MW Borssele III and IV zone in the Dutch North Sea in December 2016. It has since sold a 45% stake in the project to Swiss investment manager Partners Group.