Investment in wind power rose to $18.9 billion in the first three months of the year, according to Bloomberg New Energy Finance (BNEF).

Total clean energy investment in the period was down 10% year-on-year, however, falling to $61.1 billion, the analysts noted in their Q1 2018 report.

Investment in solar (down 19%), biomass and waste-to-energy (29%), small hydro-electric (32%), and "energy-smart" technologies such as smart meters, energy storage and electric vehicles (8%) all fell year-on-year. 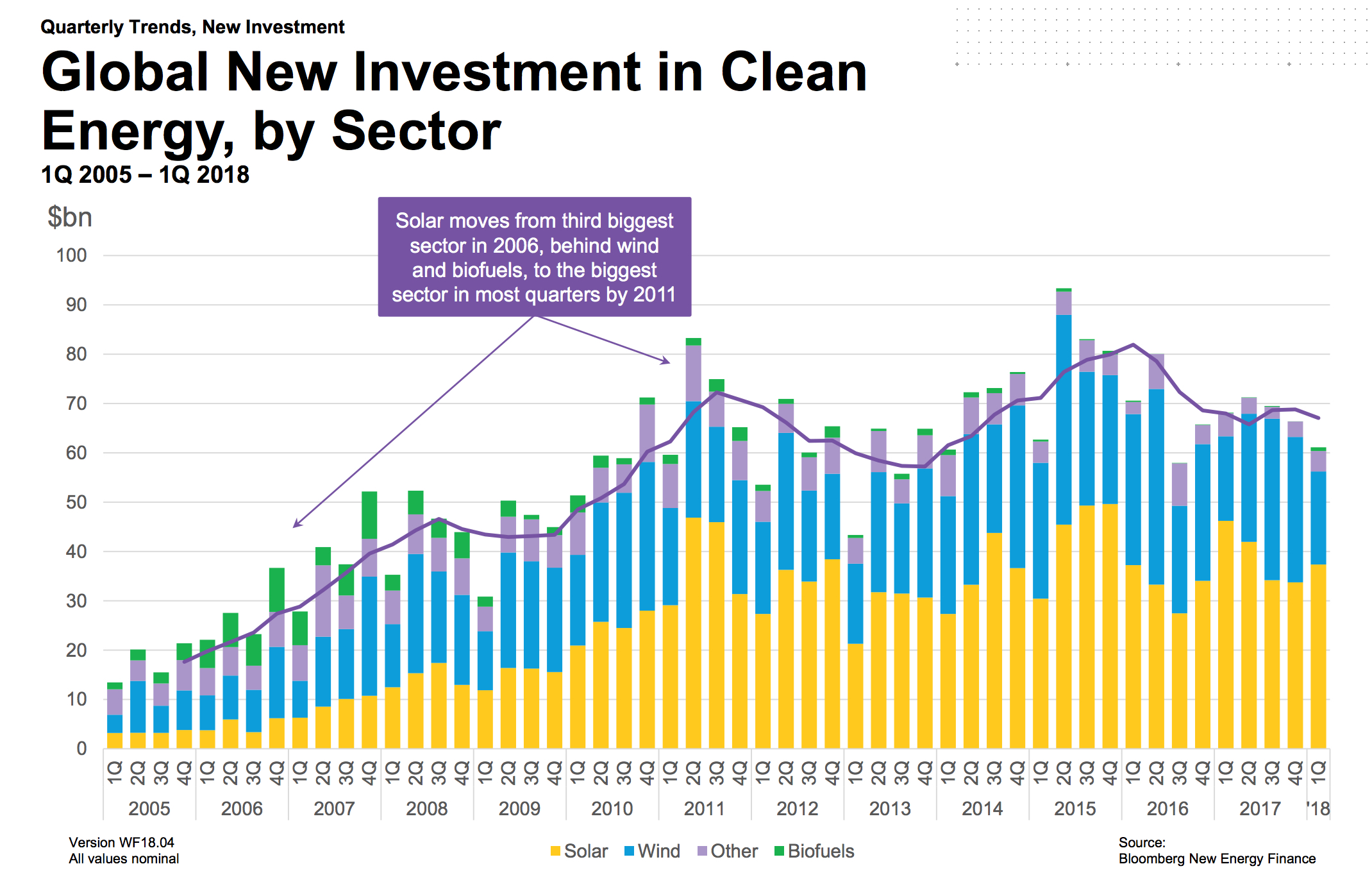 Abraham Louw, clean energy investment analyst at BNEF, said: "The global first quarter figures are the lowest for any quarter since 3Q 2016, but it’s too early to predict a fall in annual investment this year."

Regionally, China experienced the highest investment in clean energy ($26 billion) in the first quarter of 2018, though this was down 27% year-on-year.

The US’ $10.7 billion investment marked a 16% increase compared with the same period last year.

In Europe, meanwhile, a 17% decline to $6 billion "reflected an absence of German or UK offshore wind deals", BNEF stated.

"We expect to see the financing of a number of big-ticket offshore wind projects in UK, Belgian, Dutch and Danish waters during the months ahead," Louw added.