Renewables overall provided 29.4% of the UK’s total generation last year – up from 25% in 2016, and also a new record, according to data from the Department for Business, Energy and Industrial Strategy (BEIS). This proportion is second only to gas (39.6%). 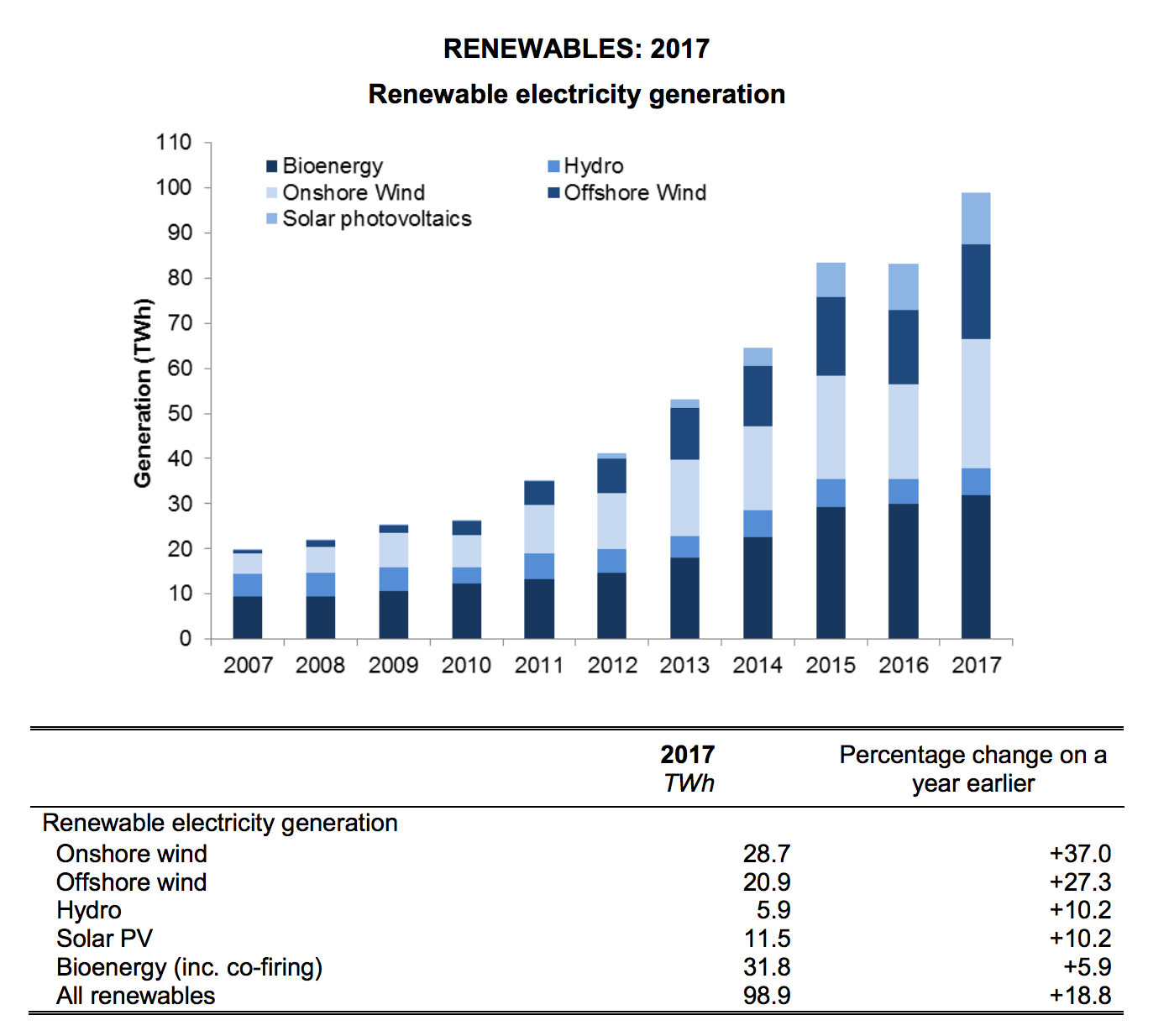 The 98.9TWh generated by renewable sources in 2017 (above) was up nearly a fifth year-on-year, with the increase due to greater capacity and higher wind speeds, BEIS stated. This figure is also nearly four-and-a-half times the 22.6TWh generated by coal last year.

Onshore wind generated 28.7TWh last year, up 37% on generation from a year earlier, while offshore projects produced 20.9TWh – an increase of 27.3% year-on-year. 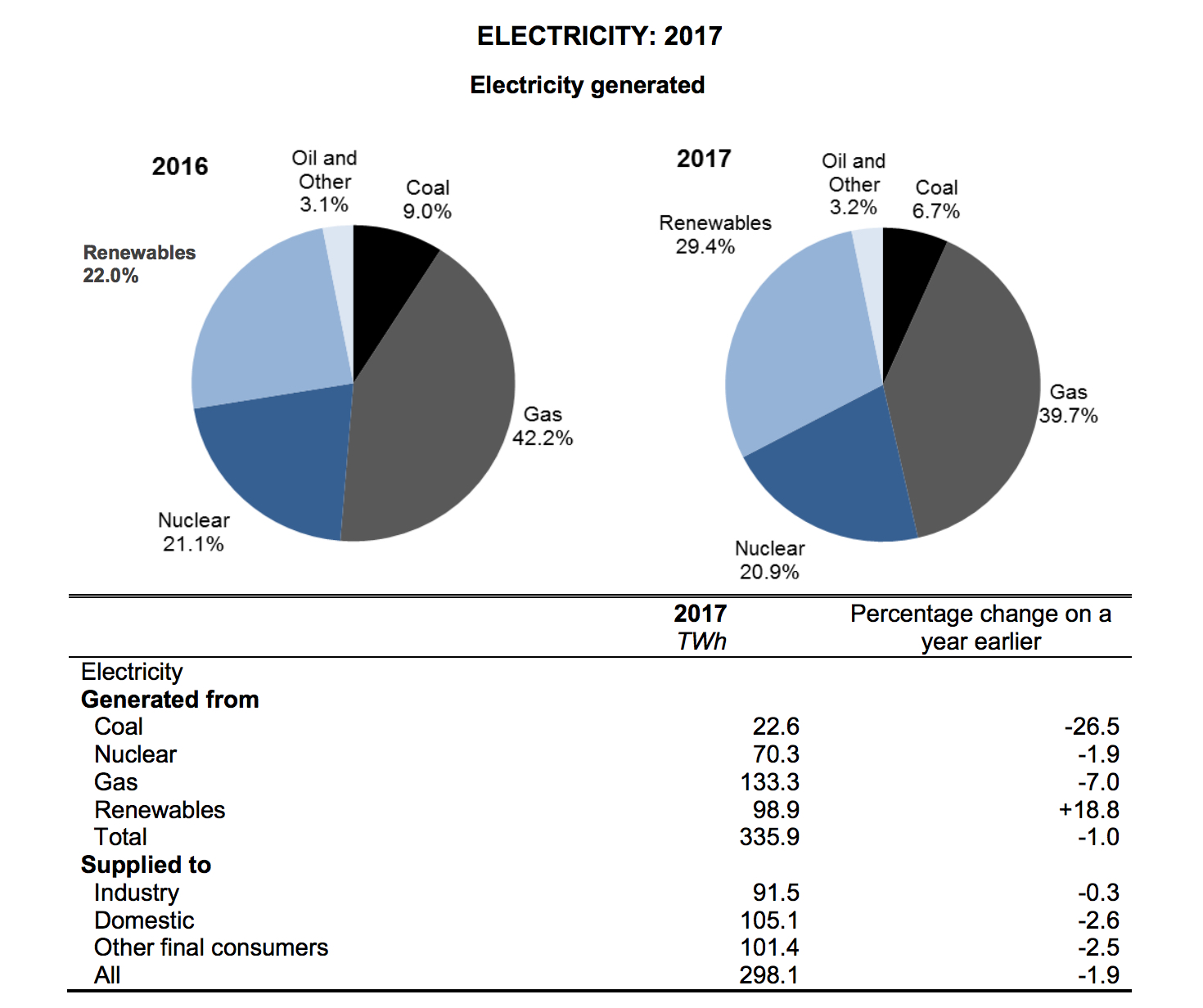 Total electricity generation fell 1% from 339.4TWh to 335.9TWh (above), with falls in generation from coal and gas offset by an increase from renewables, BEIS added in its UK Energy Statistics Report.

"The cost of offshore wind halved in 2017 and onshore wind is already the cheapest of any new power source in the UK. So it’s vital that new onshore wind should be allowerd to compete in the market for the sake of consumers."

In September, the UK government awarded two contract for difference (CfD) deals worth £57.50/MWh (€64.10/MWh) in the UK’s second auction round. This strike price was significantly cheaper than that of the UK’s Hinkley Point C nuclear power plant - £92.50/MWh (€101.49/MWh) – and less than half the price of two offshore projects awarded contracts 19 months earlier.

The next CfD auction will be held next spring, the government confirmed last year.

Following the release of BEIS’ report, Nina Schrank, energy campaigner for Greenpeace UK, said: "These figures show the government should capitalise on our global lead in this area and stop wasting time and money propping up nuclear power – a failing and increasingly obsolete technology."

The UK commissioned 4,270MW of new wind capacity in 2017, taking its combined total to 18,872MW by the end of the year, according to figures published by the Global Wind Energy Council (GWEC) earlier this year. Offshore wind accounted for 1,680MW of newly installed capacity in 2017, and 6,836MW of the cumulative total.