The manufacturer announced it had signed a preferred turbine supplier agreement for its V164 8-9.5MW platform with Copenhagen Infrastructure Partners (CIP), which owns three sites off Changhua county in the west of the country.

It also signed memorandums of understanding (MoUs) with four Taiwanese companies in an effort to source local content for its turbines.

After signing the MoU, Tien Li stated it planned to set up a blade factory in Tainchung harbour on Taiwan’s west coast. Production will be based in Kaohsiung in the south-west of the country, MHI Vestas stated.

State-owned China Steel Corporation — with which CIP has an existing MoU to collaborate on one of the projects — also signed the agreement with MHI Vestas.

Incoming MHI Vestas CEO, Phillippe Kavafyan, said: "In Taiwan we find an ambitious government that has created volume in the market.

"We have the world’s most experienced developers looking to engage with turbine manufacturers who are deeply committed to establishing a local supply chain."

MHI Vestas’ agreements are one of several arrangements signed by offshore giants looking to develop the burgeoning Taiwanese sector. 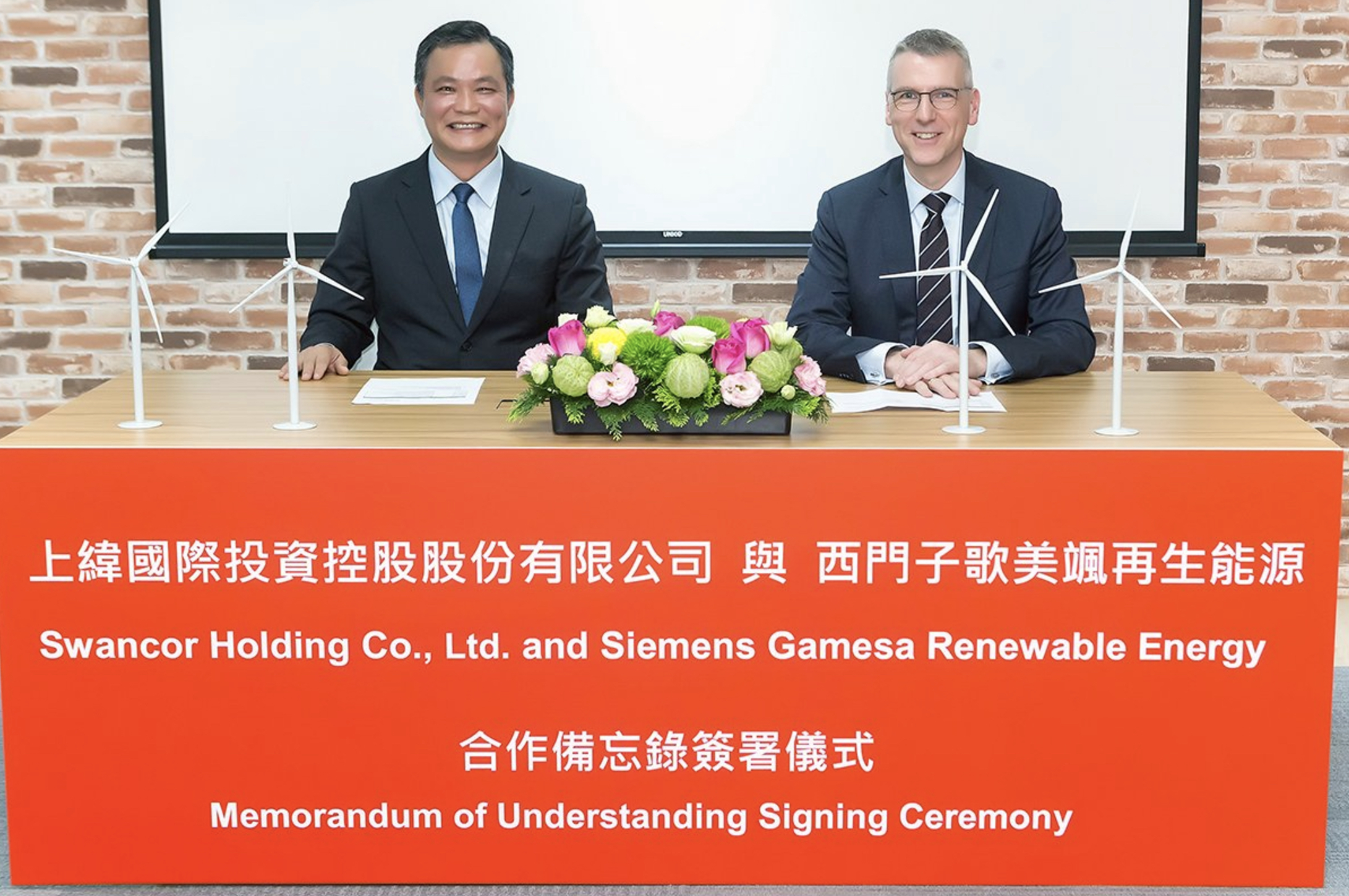 Siemens Gamesa, meanwhile, will provide 20 of its SWT-6.0-154 direct drive turbines for the 120MW second phase of the Formosa 1 project.

The manufacturer will also service the site, situated around six kilometres off the west coast of the Miaoli district in the Taiwan Strait, for 15 years.

Installation of the 20 turbines on monopiles in water depths of between 15 and 30 metres will begin in 2019, Siemens Gamesa stated.

Two 4MW Siemens Gamesa turbines — the SWT-4.0-130 model — have already been deployed at the pilot phase of the Formosa 1 project.

Formosa 1, which is owned by a consortium of Macquarie Capital, Ørsted and lead developer Swancor Renewable Energy — will eventually have a total capacity of 128MW.

The final investment decision (FID) and financial close on the project are expected later this year.

Last week, Siemens Gamesa signed a memorandum of understanding (MoU) with Swancor Renewables to work together to investigate bringing additional local content to the Taiwan market.

Taiwan currently has just 8MW of installed offshore capacity and 682MW onshore. It sourced 6.5% of its electricity from renewables in 2016.