In its Offshore Wind Energy Roadmap 2030, the Dutch Ministry of Economic Affairs and Climate Policy suggests three development zones to meet this target.

An additional 900MW is still unaccounted for, however, and innovative methods for transporting energy to shore from the more distant projects need to be explored further, the ministry conceded.

The smallest of the three zones would be the area north of the Wadden Islands, near the 600MW Gemini projects. An additional 700MW could be built here, the ministry wrote.

This capacity could be tendered in 2022 with projects commissioned by 2026, the ministry suggested.

But the "vulnerability of the ecological (system)" near Wadden would limit the number of cables that can be deployed, and existing transformer stations must be expanded or sites for new stations found in order to carry energy back to land, the ministry added. 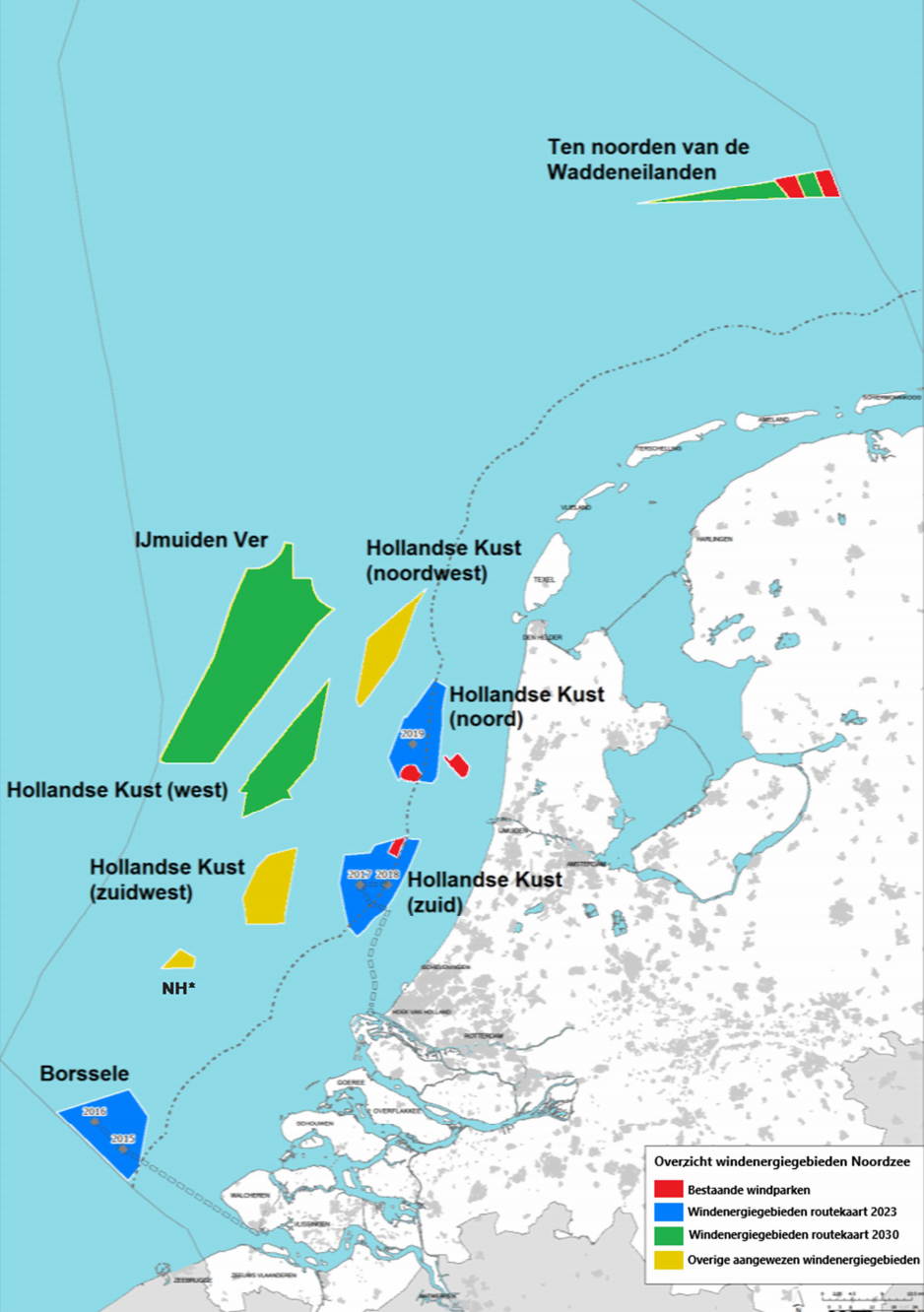 A tender for Hollandse Kust West could be carried out in 2020 or 2021, with projects commissioned between 2024 and 2025. "Economies of scale can be exploited by tendering this area in one go," the ministry wrote. "This can support further cost reductions."

Wind projects in the two near-shore zones (North of the Wadden Islands and Hollandse Kust West) could be connected via existing AC technology before bottlenecks occur, the report stated.

The Ijmuiden Ver would be the largest of the three new zones, with 4GW of capacity targeted by 2030. The government did not specify the scope of individual tenders but wrote that these could start by 2023 with projects to be commissioned from 2027 onwards.

This 4GW capacity from Ijmuiden Ver – the zone farthest from the shore – could be added before congestion occurs in the grid, the ministry added.

"Non-electric" options for transmission should be "explored further", however. Such alternatives could include conversion and transportation as hydrogen gas, or grid operator Tennet’s vision of island hubs hosting converter and transformer stations.

In all three zones, individual turbines could be required to have power ratings of at least 10MW, according to the report. This would "limit the number of victims among seabirds", the ministry suggested. "Such large turbines are currently on the eve of market introduction".

The ministry concluded: "With ongoing cost reductions, wind energy at sea can become one competitive advantage for the industry through the availability of a large amount of cheap sustainable energy."

The report’s authors added: "The Dutch North Sea can play an important role as a sustainable energy source if the energy from the wind can also be used for non-electric energy demand."

Developing an additional 7GW between 2024 and 2030 would lead to an estimated investment of between €15 billion and €20 billion and possibly create 10,000 jobs, the ministry added.

The government should also begin exploring the potential for post-2030 growth by "2021 at the latest", according to the report.

Grid operator Tennet added: "Now that the Dutch government’s Offshore Wind Energy Roadmap 2030 has been published, Tennet is looking forward to collaborate closely with public- and private-sector parties to initiate the follow-up research required to flesh out the broad outlines for an offshore grid, followed by construction projects."

The Netherlands has 1,117MW of installed offshore wind capacity, according to Windpower Intelligence, the research and data division of Windpower Monthly.