The site, located 22.2km off the Dutch coast, will require €1.5 billion in investment from Vattenfall, the developer said. It comprises two 350MW projects, due online in 2022.

The Netherlands Enterprise Agency received four applications from Statoil, Innogy and Witwind (a consortium off Van Oord, Eneco and Mitsubishi subsidiary Diamond Generating Europe), to develop the site without subsidy, according to a government spokesman.

Transmission costs for the project are not included.

"Thanks to drastically lower costs, offshore wind farms are now being constructed without subsidy. This allows us to keep the energy transition affordable," Dutch minister of economic affairs and climate policy Eric Wiebes said.

"Innovation and competition are making sustainable energy cheaper and cheaper, and much faster than expected too."

Following the zero-subsidy bids entered in Germany in May 2017 — won by Ørsted (then Dong Energy) and EnBW — the Dutch government offered the Hollandse Kust Zuid site to developers wanting to build the site without subsidy, prior to going through an auction process.

The German zero-subsidy sites are not due online until 2024.

As price was not a factor in the tender decision, the Dutch government had several other criteria to judge the bids.

All the developers met the initial criteria for technical and economical feasibility, financial, and construction deadline.

Statoil, which is in the process of renaming itself Equinor, recently entered the Polish offshore wind market, acquiring stakes in the Baltyk Srodkowy II and III sites.

Innogy meanwhile, involved in a complex deal between parent company RWE and German utility E.on, won a €86/MWh top-up subsidy support for its 860MW Triton Knoll offshore site in the UK in September.

The Witwind consortium, along with oil and gas giant Shell, won the second Dutch offshore wind tender, for the 700MW Borssele III and IV projects. It is won the site with a bid of €54.50/MW in December 2016.

"This is excellent news for Vattenfall and the Netherlands. It is a significant step for us in view of our ambitions to grow in renewable energy production," said Vattenfall CEO Magnus Hall.

"The Netherlands is an important market for us and this will be our second offshore project there. It's a great honour for us to get the opportunity to contribute with this project to the transformation of the Dutch energy system.

Vattenfall's senior vice president and head of the wind business unit, Gunnar Groebler added: "Winning the bid for Hollandse Kust Zuid is a result of our continuous cost reduction efforts along our entire value chain and the solid track record and portfolio approach of our company."

Earlier today, Vattenfall announced 1,500 job cuts across the company's operations. The losses will be made in communications, finance and human resources departments and will not affect the running of the business, a spokesman for the group said. 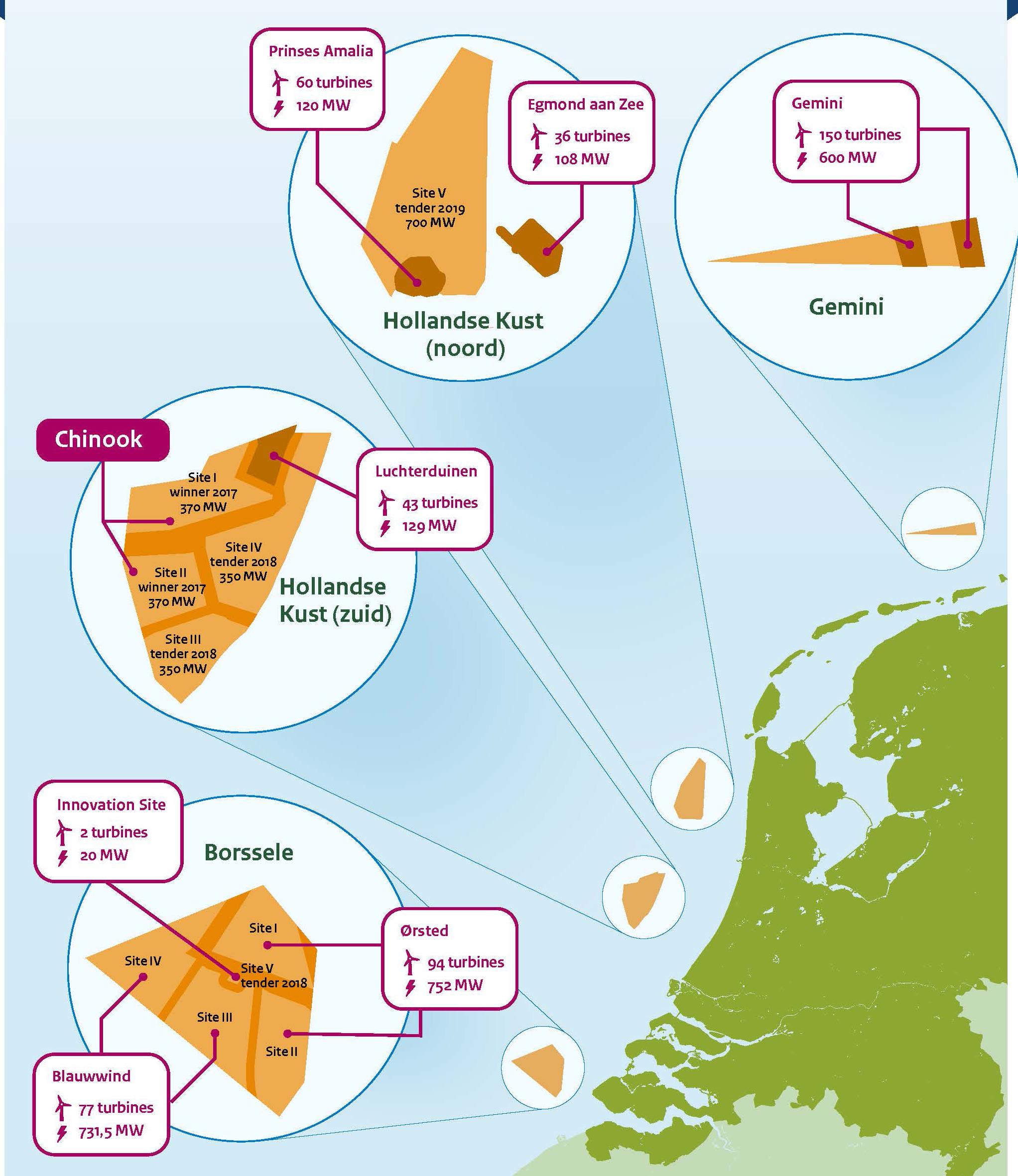 WindEurope CEO Giles Dickson welcomed the announcement: "This news shows zero-subsidy bids are possible for some developers in some markets not least where Governments take on and manage a share of the project risk.

"And the new Dutch Government has committed to bring in a carbon floor price at national level which will help the business case for offshore wind.

"Wind energy is showing again and again that it can deliver ever more capacity for less cash. That's the key message other governments should take from this: they should revise their ambition upwards in their national energy plans and offshore wind is a great way to help them do this," Dickson said.

"Now that we have arrived.. in an era of subsidy free tenders, qualitative criteria have been decisive in the evaluation of the bids," said NWEA chairman Hans Timmers.

"This is an important driver for cost efficiency, innovation, stakeholder involvement and the protection of the environment. In addition, NWEA is closely involved in the roadmap and adapted legislation for wind energy at sea, with which we can take important steps to strengthen the sector.

"It is important that the government continues to focus on ambitious targets for the generation of renewable energy by wind.

"The current negotiations on the new Climate Agreement are essential to give the energy transition even more concrete shape and to support and further develop the Dutch wind sector," Timmers said.