Wind will be closely followed by solar PV in terms of cost, but the latter will cost more to integrate, BP concluded.

Accordingly, wind will still be competitive on price, even in a power system in which renewables account for 75% of energy and integration costs increase.

The outlook is based on ‘techno-economic’ analysis based on anticipated developments in technology, investment and operating and fuel costs, rather than the predicted impact of policies, BP wrote.

The oil-focussed company believes that the average costs of wind power — onshore and offshore — will fall 19% for every doubling of cumulative global output.

However, "while the capital and operating costs of wind and solar are projected to fall," the reports authors wrote, "the costs of managing intermittency — known as ‘integration costs’ — rise as more renewable energy is deployed".

Integration costs in a solar-dominated energy system are more expensive than in a system with more wind, according to modelling BP carried out alongside Imperial College London. 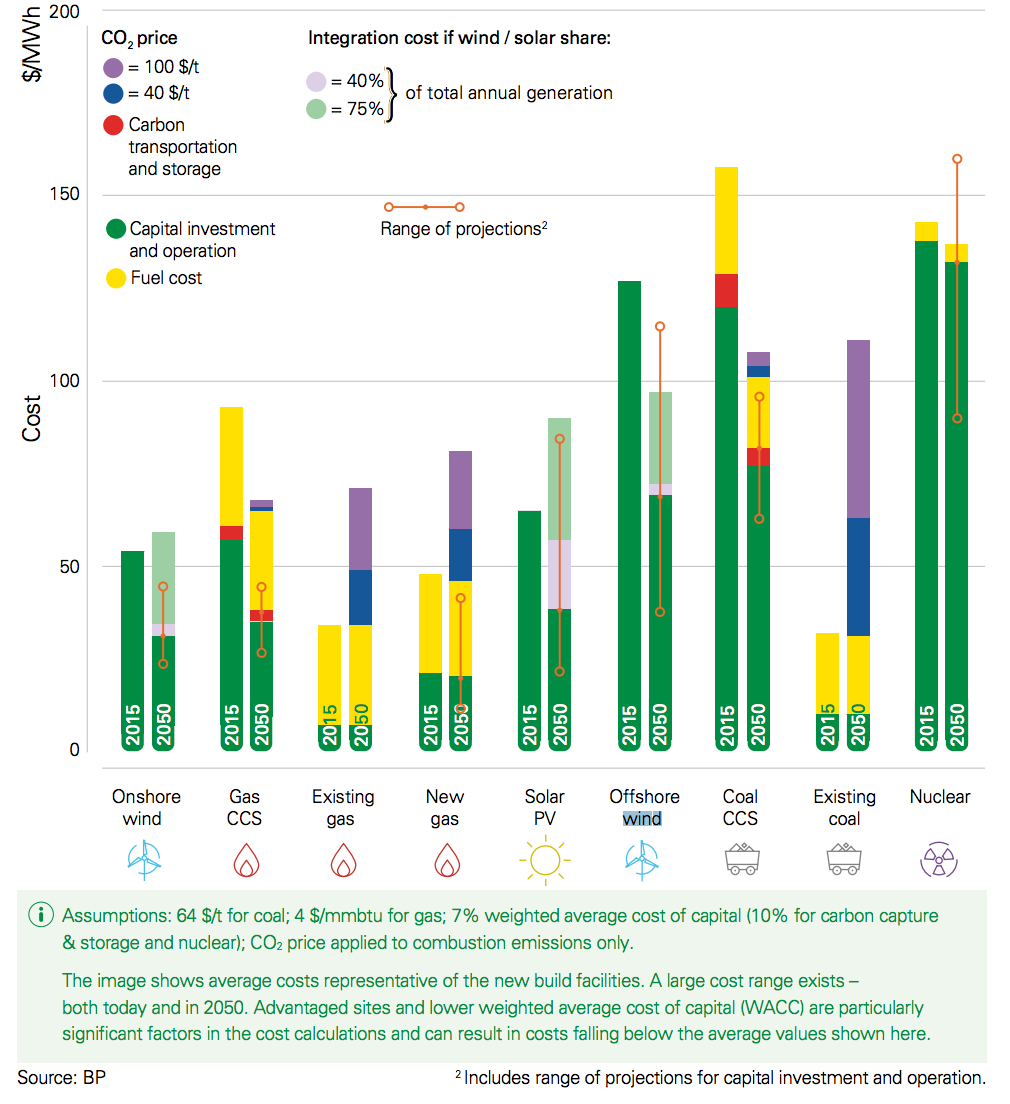 BP suggested in a North American power system dominated by wind-power in which renewables contributed 40% of energy, integration costs would be less than $5/MWh.

However, while solar is also set to become cheaper due to lower production costs and increasingly efficient cells, BP wrote, if it was the predominant energy source, integration costs would rise to $20/MWh.

In the same hypothetical North American power system, if renewables’ contribution increased to 75%, integration costs would be $25/MWh if wind was the predominant energy source, or $55/MWh if solar dominated.

BP and Imperial College London concluded that "an onshore wind-dominated renewable system could remain competitive in 2050 even when it provides 75% or more of all power". 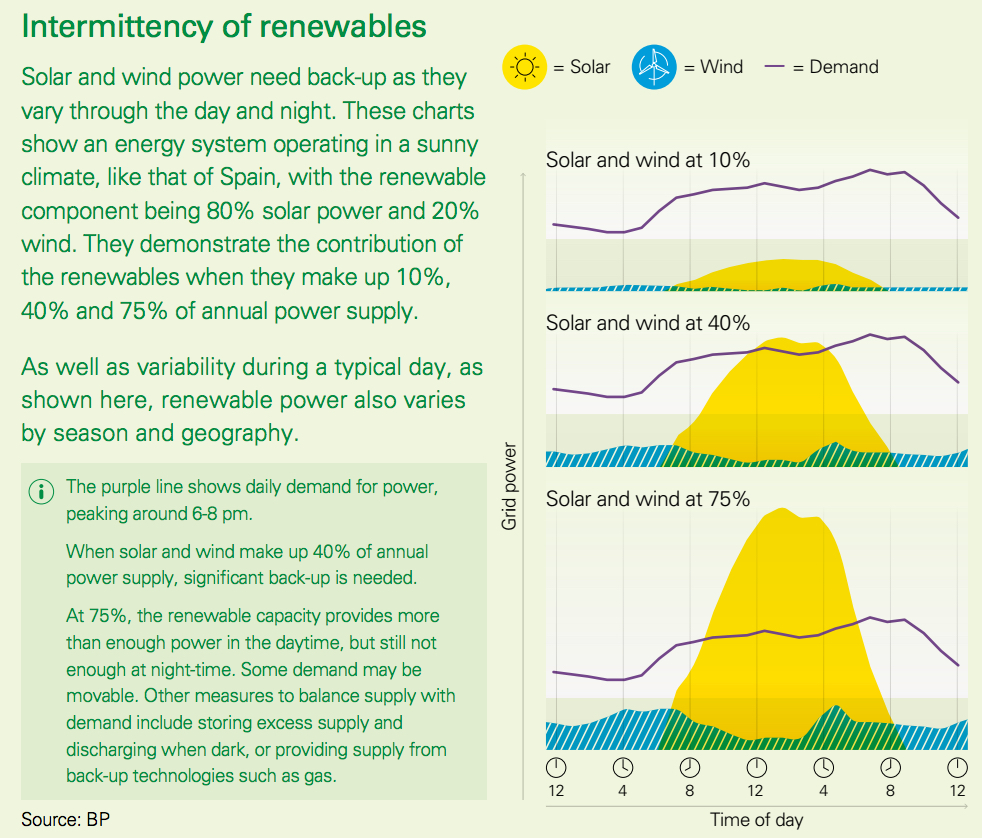 Variability of renewables throughout the day

"The modelling showed that rising integration costs are particularly pronounced with solar as it is less well-correlated with demand at high levels of penetration, as sunshine declines in the early evening just as demand peaks," the report’s authors explained.

"However, in very hot, sunny countries, solar can be highly cost-effective in driving cooling systems. In contrast, wind blows more variably through the day and night and has lower integration costs."