But wind will make up about 50% of renewables generation by 2027, compared to solar’s contribution of 28% and biomass’ 20%, the analysts added.

Much of the predicted 86% growth in renewables between now and 2027 will be concentrated in Asia, though BMI Research’s top ten growth markets are geographically widespread. 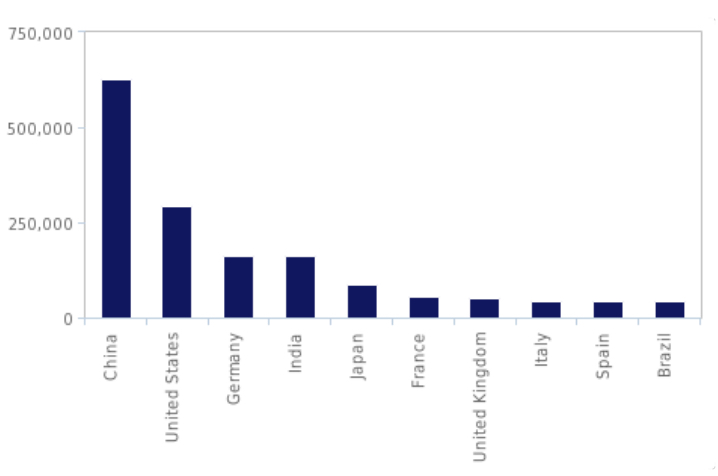 BMI expects the Asia-Pacific region to add more than 500GW of non-hydro renewables over the next decade — nearly twice as much as it expects in Western Europe and North America, with a combined 290GW.

By 2027 the Asia-Pacific share of total installed renewables capacity will reach 51% (up from 45% in 2017), while the combined Western Europe and North American share will fall from 45% to 39% over the same period.

The analysts forecast China to add 327GW between 2017 and 2027 and India to install an extra 103GW of renewables, with Japan also highlighted as one BMI’s top ten markets. By 2027, China would have 602GW installed, while India would have 164GW.

The Chinese and Indian renewables sectors are set to "register robust growth in line with aims to curb emissions and improve air quality", BMI explained.

In Europe, meanwhile, the shift away from feed-in tariffs (FiTs) to competitive auctions in Europe will mean slower growth is the new norm.

BMI said FiT schemes had "increased the subsidy cost burden put on consumers and governments in markets such as Spain, Italy, Germany, Denmark and the UK".

The analysis predicts most of the growth will be concentrated in four European markets: Germany, the UK, France and Turkey, but did not provide a breakdown of additional installations.

Similarly, the introduction on tariffs on imported solar components into the US has slowed growth because it "increased the risk for a downward revision to our renewables capacity forecast for the country".

BMI expects solar to account for 90GW of a total 140GW of renewables capacity in the US over the next decade.

Mexico and Brazil are two other Americas markets BMI highlighted for renewables growth by 2027.