According to the transmission operator Scottish and Southern Electricity Network (SSEN) it is the first time such a technology has been used, although similar solutions are used in the US, Canada, Scandinavia and Ireland.

The 140 pylons are made from a "durable composite polymer" instead of traditional timber or using the steel lattice towers. They also have a longer design life, SSEN explained.


Flying into pole position from SSEN on Vimeo: SSEN Lead Project Manager, Paul Higginbotham, talks through a new innovative way to connect renewable energy in the north of Scotland with composite poles being installed in the GB transmission network for the first time.

"The use of composite materials means they have a stronger strength/weight ratio than the traditional wood pole alternative. They are also less visually intrusive than steel lattice towers," said SSEN lead project manager Paul Higginbotham. 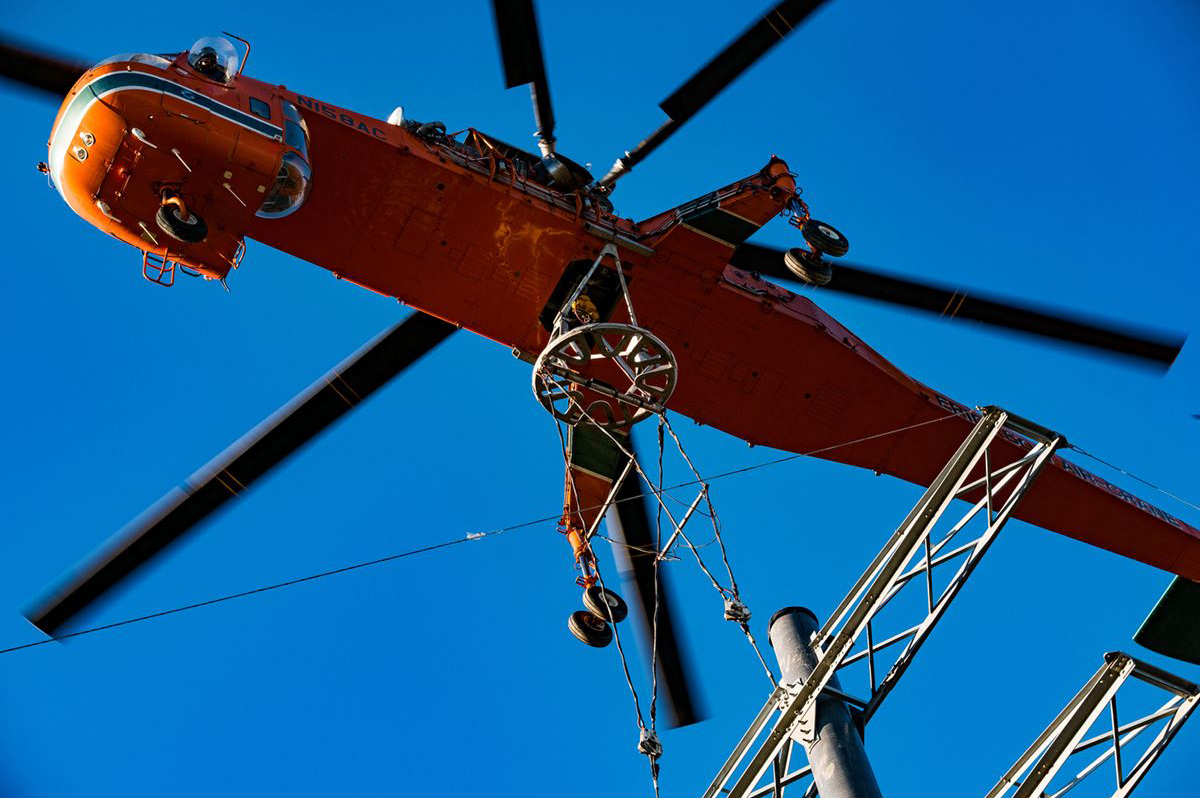 SSEN also used a crane-helicopter to help install the ten-tonne structures across the eastern Scottish landscape.

"We shipped in a S64-F Air Crane from the USA to lift and install the poles. This innovative installation method meant that we did not require access tracks for the erection process and were able to install the poles quickly in locations that would have been difficult to access by crane," Higginbotham explained.

UK infrastructure firm Balfour Beatty was hired as the principle contractor to install the connection.

"Working in collaboration with SSEN, we have developed an entirely new infrastructure solution which meets industry specifications in both the UK and Europe," said Balfour Beatty transmission operations director Andrew Smith.

"This includes modifying the pole structures to be less intrusive, enhancing the durability of the insulators and utilising cutting edge conductors to enable real-time monitoring of windfarm and substation performance," he added. 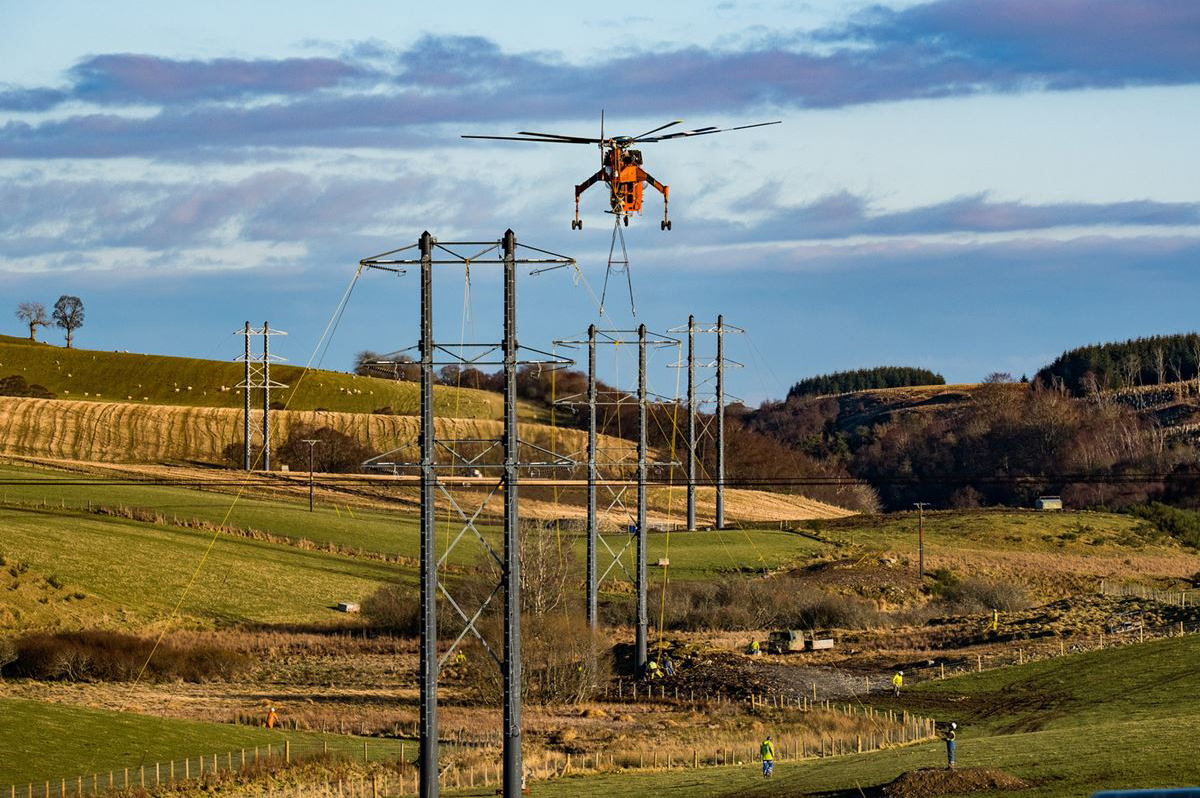 The 200MW wind project was developed by Scottish firm Infinergy and sold to utility EDF Energy Renewables in November 2015. It is due online later this year.

The project was the largest onshore wind site to be awarded a Contracts for Difference (CfD) subsidy at the UK's first auction round in February 2015.