WPO Intelligence gathered the details of 99 offshore wind-related activities in the third quarter. UK projects accounted for just over half of the total, German projects for one quarter and those elsewhere in Europe for one seventh. Some project activity was also recorded in North America and China. 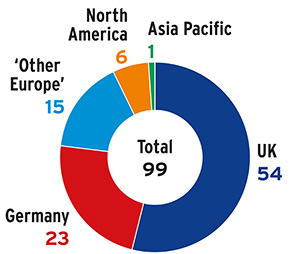 Activities reported by WPO Intelligence in July-September 2017, by region 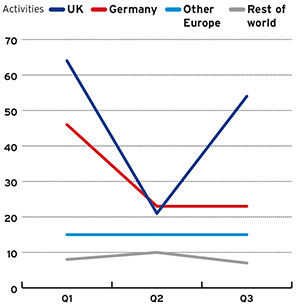 Activities reported by WPO Intelligence in the last three quarters, by region

Three projects – the 1,386MW Hornsea Project Two, the 950MW Moray 1 and the 860MW Triton Knoll – were each awarded a Contract for Difference (CfD) by the UK Government in September. While in August, ScottishPower Renewables received planning approval for East Anglia THREE, from the UK’s Secretary of State for Business, Energy and Industrial Strategy. The up to 1.2GW project is planned for a site in the North Sea off eastern England.

There was no let up in construction activity, either. Installation of all 116 V112-3.45 MW turbines was completed at the 400MW Rampion project site in the English Channel. Foundations installation was completed at DONG Energy’s 659MW Walney Extension in the Irish Sea. And with the first of 40 V164-8.0 MW turbines having been installed, first power followed shortly after. Meanwhile, construction of DONG Energy’s new offshore wind farm operations base was completed. The facility will serve the 90MW Burbo Bank and the new 258MW Burbo Bank Extension. In the North Sea, the first of the 588MW Beatrice’s 86 jacket foundations was installed. And with turbine installation having been completed at the 402MW Dudgeon, the wind farm became fully operational. Meanwhile, Jan De Nul Group completed the installation and burial of Race Bank’s two 70km export cables.

In September, MHI Vestas Offshore Wind was named as the preferred supplier of 90 V164-9.5 MW turbines to innogy’s Triton Knoll. A joint venture between Sif Netherlands B.V. and Smulders Projects Belgium N.V. signed Preferred Supplier and Early Works Agreements, for the design and fabrication of the project’s 90 monopiles and transition pieces and two foundations for the offshore substations. And VBMS was lined up to supply and install the export and inter-array cables, in conjunction with NKT Cables. Meanwhile, the ownership arrangements for the four Dogger Bank projects were agreed and signed by the three Forewind shareholders, innogy, SSE and Statoil. Four 1.2GW projects are planned.

In Germany, DONG Energy agreed the sale of a 50% stake in the 450MW Borkum Riffgrund 2 to Global Infrastructure Partners (GIP). And Northland Power completed its acquisition of the 252MW Deutsche Bucht (DeBu). With financial close achieved, a firm and unconditional order was placed with MHI Vestas Offshore Wind, for 31 V164-8.0 MW turbines and Van Oord was announced as the Balance of Plant contractor. Meanwhile, installation of all 54 Senvion 6.2M126 turbines was completed, at the 332MW Nordsee One.

Elsewhere, DONG Energy ordered 94 SWT-8.0-154 turbines from Siemens Gamesa Renewable Energy, for its Borssele I & II offshore wind farm. A grid connection agreement was signed with TenneT and DONG Energy and Zeeland Seaports signed a Letter of Intent to develop an O&M base in Vlissingen Buitenhaven. The 752MW project is to be located 22km off the Dutch coast. Meanwhile, in the Belgian North Sea, foundations installation commenced at the 309MW Rentel project site. In Denmark, Sund & Bælt launched the sales process for the 21MW Sprogø, while the dismantling of Vindeby – the world's first offshore wind farm – was completed. And in Finland, the 40MW Tahkoluoto was brought online. Comprising ten SWT-4.0-130 turbines, it is located in the Gulf of Bothnia.

Rest of the world

In China, Huaneng's 300MW Rudong project was brought online. Located off Jiangsu, it comprises 70 turbines. In the USA, the US Bureau of Ocean Energy Management approved the Site Assessment Plan for the 1GW Bay State Wind project. The DONG Energy-led development is planned for a site off the coast of Massachusetts. Meanwhile, Gardline was appointed to carry out a geophysical survey at the nearby Vineyard Wind project site. And in Canada, DONG Energy and NaiKun Wind Energy Group signed a Letter of Intent, giving DONG Energy the exclusive rights to negotiate a joint development agreement for the Haida Energy Field project. It would be located in a 550 sq km site in Hecate Strait, between Haida Gwaii and Prince Rupert on the British Columbia mainland. The project has the Environmental Assessment Certificates from the Provincial and Federal Governments for the first 300-400MW phase. It would be Canada’s first offshore wind farm. 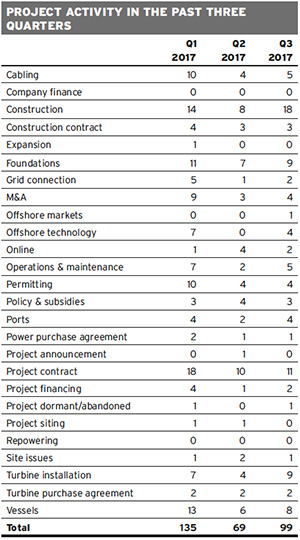 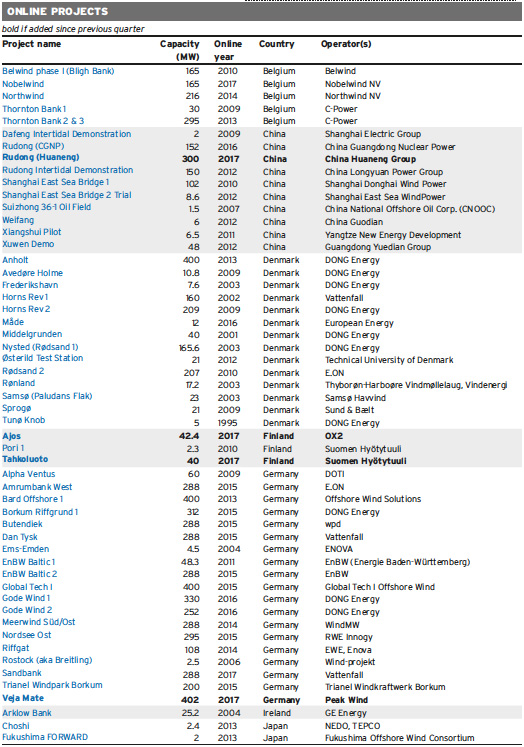 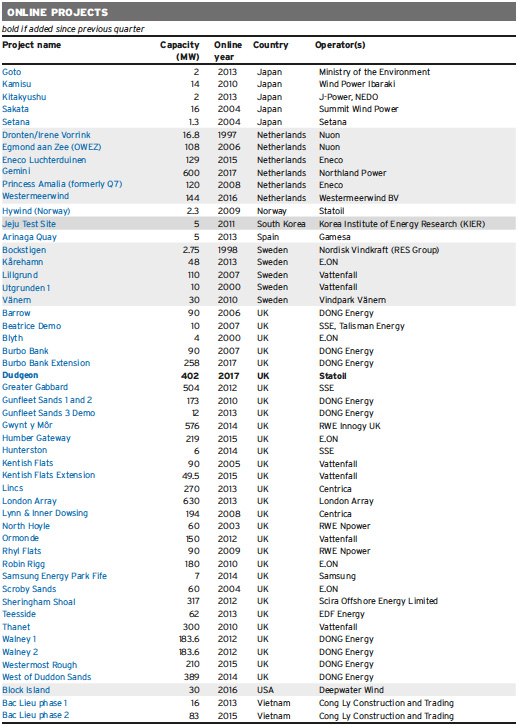 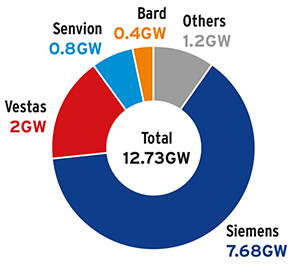 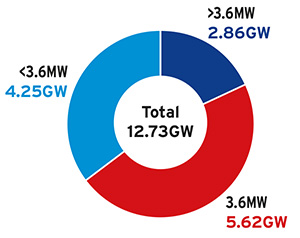 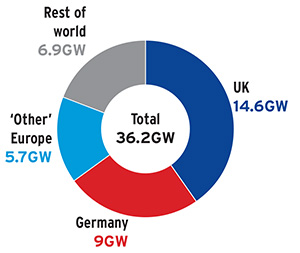 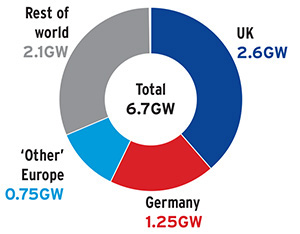 The source for all graphics and tables is WPO Intelligence.