The new system will fit into Vestas' current suite of cold-climate solutions.

It will be available first on Vestas' V136 and V150 4.2MW turbines, depending on site conditions, and should be able to keep turbines operating in the harshest conditions, Vestas claimed.

The system features a number of electric elements placed in the blade laminate, just below the surface, in the areas of the blade at highest risk of ice build-up.

The elements can be individually warmed to prevent or remove ice formation on the blade, which adversely affects performance.

On a V136 blade, the heating elements will cover roughly 30% of the blade's surface, according to Vestas senior project manager Brian Daugbjerg Nielsen. But around half the blade's swept area will benefit from the elements. 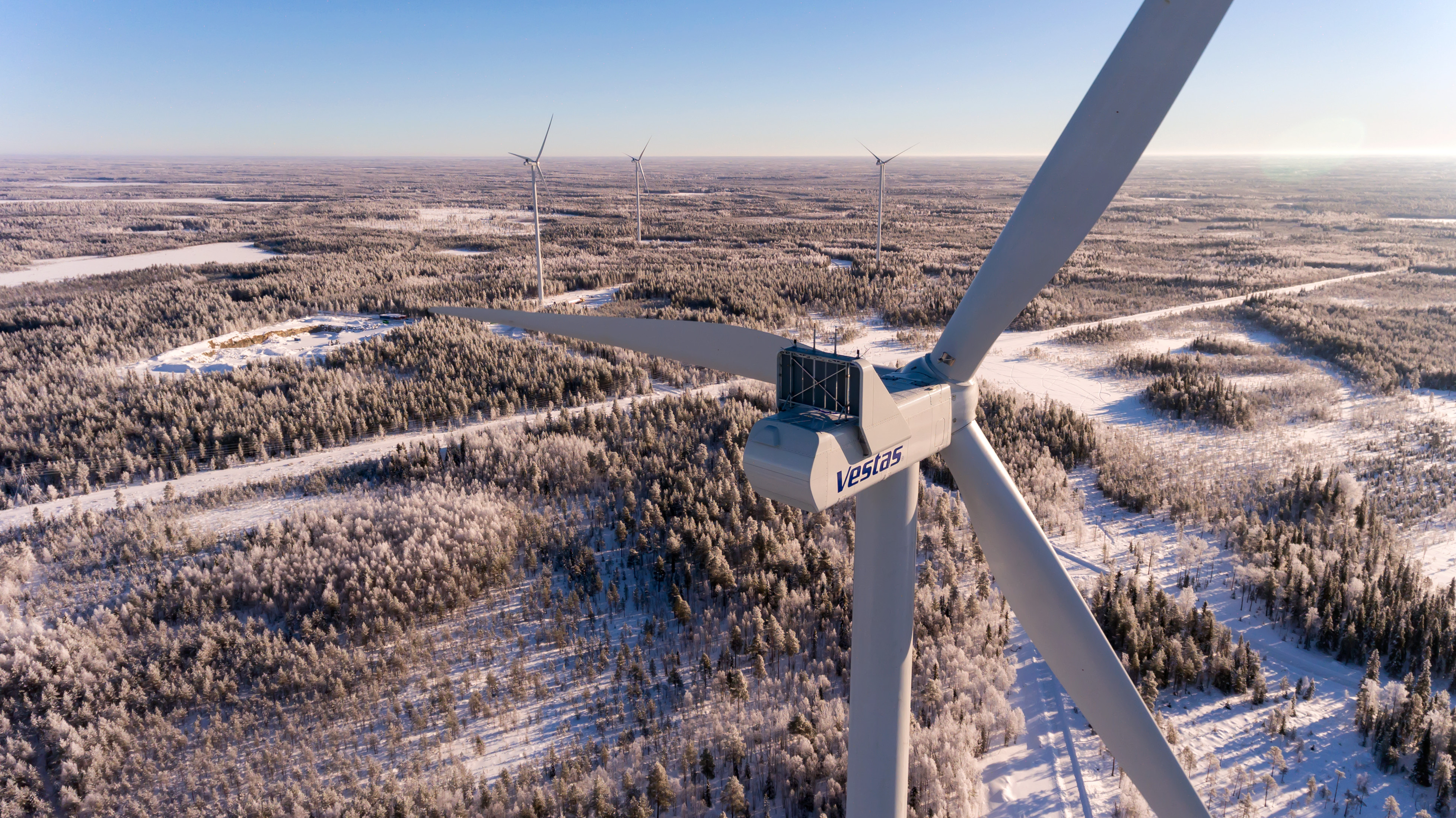 In testing, the system retained 90% of power production in most icing conditions, said Daugbjerg Nielsen.

The turbine's central controller manages the elements, using power from the generator. The controller can read power curve data to detect when ice is impacting performance.

It can then heat up the elements depending on the level of performance being lost, and the location of the ice build-up.

This increases the system's efficiency compared to Vestas' current de-icing solution, which involves projecting hot air from the root of the blade along the blade cavity.

"[Electrothermal elements] give some key benefits, one of which is a more equally heated distribution across the element," said Daugbjerg Nielsen.

"Another benefit is that you can apply different heating modes. One of the key challenges with these types of system has been the power consumption. How can you have a good balance of power consumption in the system so you don't waste too much energy?

"[This system] is not an on-off switch. Imagine if you have a light icing. Then, why turn it up to full power, when you can turn on just as much power as you need?

"A third benefit is the serviceability. If one of these heating elements breaks down due to an 'outside-in' event — for example, if something hit a blade and damaged a heating element — the rest of the anti-icing solution can still function throughout all the other elements," he said.

Vestas said the system is aimed at operations in regions at risk of severe weather — principally Finland, Norway, Sweden and Canada.

"We asked our top managements if these were markets where we just wanted to play a role, and have a solution to offer. Or are they markets where we want to be number one with our technology?" said Daugbjerg Nielsen.

"The response was very clear. We needed to pursue a strategy that enabled Vestas to be positioned as a very strong player.

"We went with this technology because, first and foremost, its performance is simply better. The heating elements are close to the surface so it has a rapid response to icy conditions. Whereas the hot-air technology is at the root end of the blade but you need to circulate to the tip end for the best aerodynamic performance.

"Second, it was the maturity of the technology. We have seen a similar solution in the industry, but there were some things we didn't want to follow, because our top management said we needed to get ahead in this game.

"We decided to make an in-house solution that enabled us to move the technology beyond what it was in the industry at the time or that could have been purchased from sub-suppliers," Daugbjerg Nielsen told Windpower Monthly.

Vestas launched the new anti-icing system at the WinterWorld cold-climate conference in Sweden.

The manufacturer believes the combined market in Canada and the Nordic countries could total 14.6GW of new build between 2018 and 2026.

Vestas is also launching new software, in conjuntion with the anti-ice system, which will also help site turbines in the target markets and offer ice risk analysis at a turbine level.