The European Power Sector in 2017 report was released by think tank Sandbag in cooperation with German advocacy group Agora Energiewende.

Last year was also the first time renewables' share of gross electricity production in Europe reached 30% — up from 29.8% in 2016.

"This was because the huge growth in wind generation was almost completely offset by the lowest hydro electricity generation in a decade," the report explained.

However, renewable deployment is becoming more reliant on Germany and the UK, and is increasingly "biased" towards wind power. 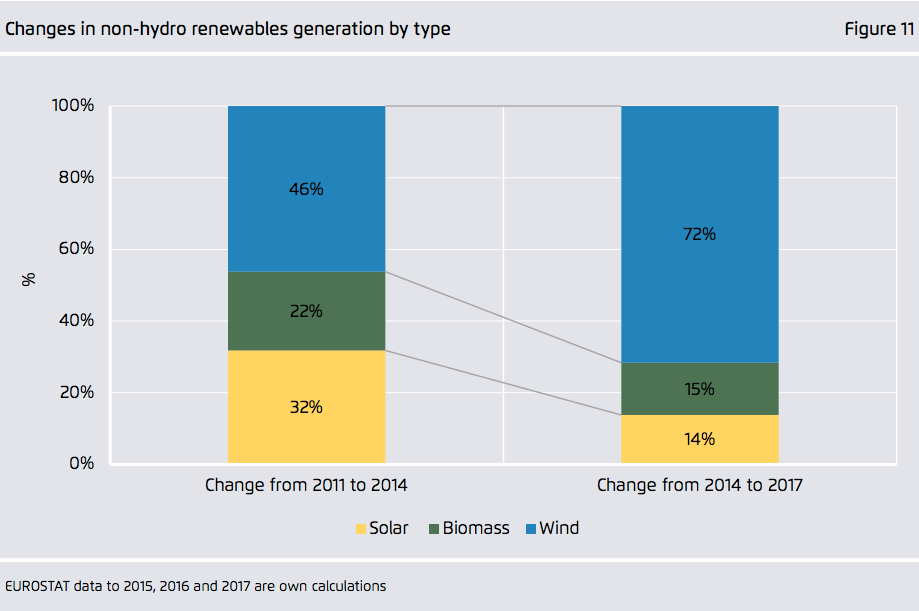 "To some extent this may reflect the fact that some member states have already reached their national 2020 targets under the EU Renewable Energy Directive...

"It is, however, also a reflection of unnecessarily high financing costs, particularly in central and south-eastern Europe, standing in the way of translating the dramatic decline in renewable energy technology costs into truly low-cost renewable energy projects," the report suggested

In the report's outlook, Sandbag predicts renewable power to supply a third of Europe's electricity in 2018.