While "few hydro plants are expected to come online in the next two years", installed wind capacity is set to grow by 8.3GW in 2018 and then by a further 8GW in 2019, the EIA predicted.

This will leave hydroelectricity more dependent on seasonal patterns than wind, which would be more reliant on capacity for growth, analysts noted.

The EIA forecasts wind power to account for 6.4% of all electricity generation in the US this year, increasing its contribution to 6.9% in 2019.

Hydro, meanwhile, is forecast to provide 6.5% of total electricity generation this year, before rising to 6.6% in 2019 — 0.3%-points behind wind’s contribution.

This would be the first time that wind generation surpasses hydroelectricity as the leading source of renewable electricity generation, the EIA noted in its Short-term Energy Outlook. 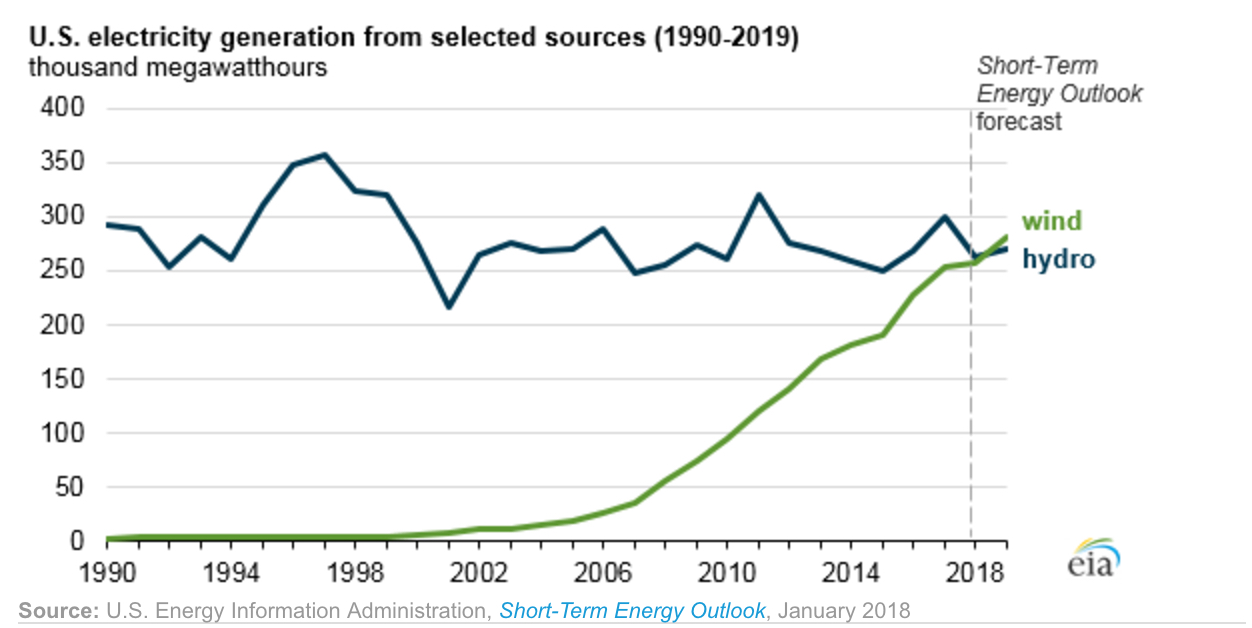 Hydroelectric generation in 2018 and 2019 will "largely depend on precipitation and water runoff", the EIA stated, while the forecast for wind power is "more dependent on the capacity and timing of new wind turbines coming online".

The US’ wind capacity totalled 87GW at the end of 2017, according to EIA figures, but by the end of this year, that figure is expected to reach 96GW. 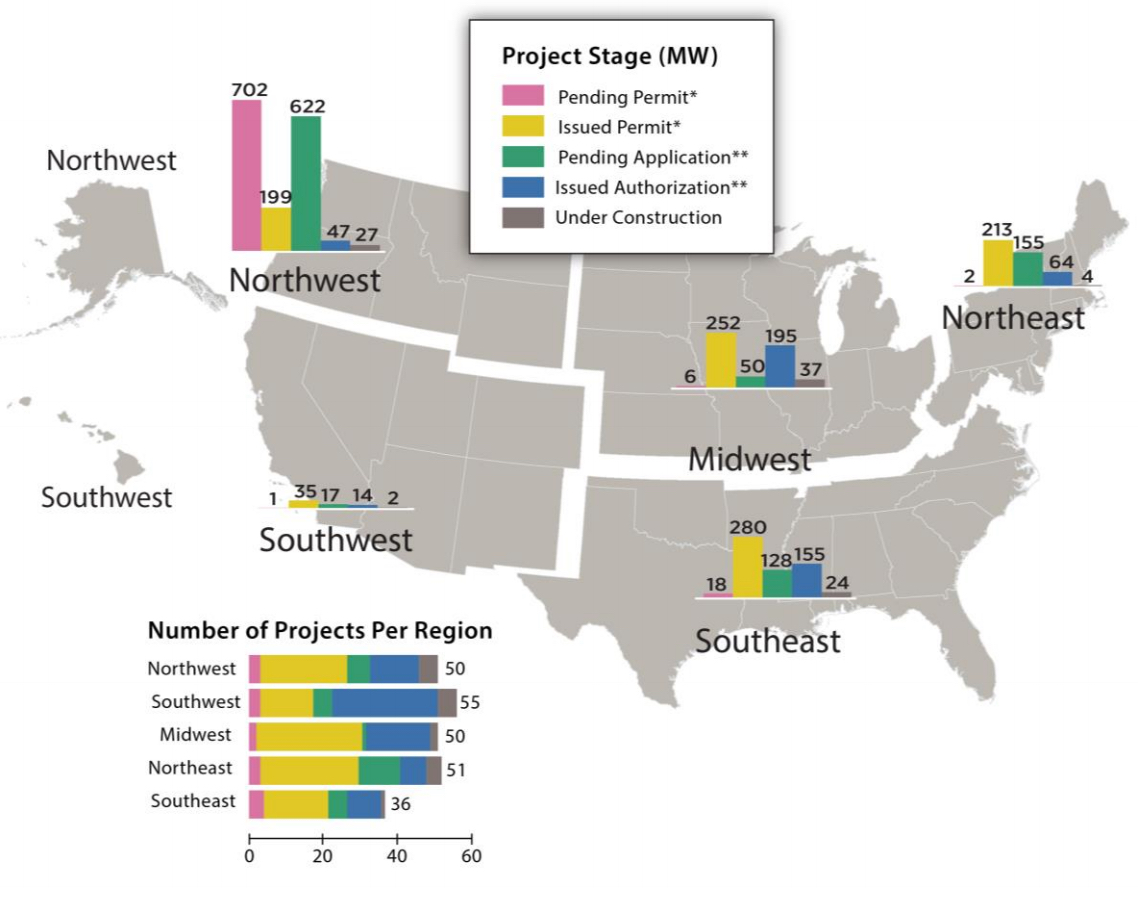 Hydroelectric projects under development at the end of 2016 (pic: Department of Energy)

The EIA did not provide figures for how much hydroelectricity capacity it expects to be installed in the US in the next two years.

But US Department of Energy (DoE) figures from last April state 242 new hydropower projects with a capacity of 3.25GW were in development at the end of 2016. The DoE’s US Hydropower Market Report does not state when these projects were likely to come online.

Meanwhile, the EIA predicts natural gas will remain the United States’ primary energy source for electricity generation for at least the next two years, having overtaken coal in 2015.