There was a 17% increase in solar deals, totalling $160.8 billion, BNEF said, with over half of this taking place in China.

BNEF said 2017's total clean energy figure was the second highest total ever, and has taken cumulative clean energy investment since 2010 over $2.5 trillion. 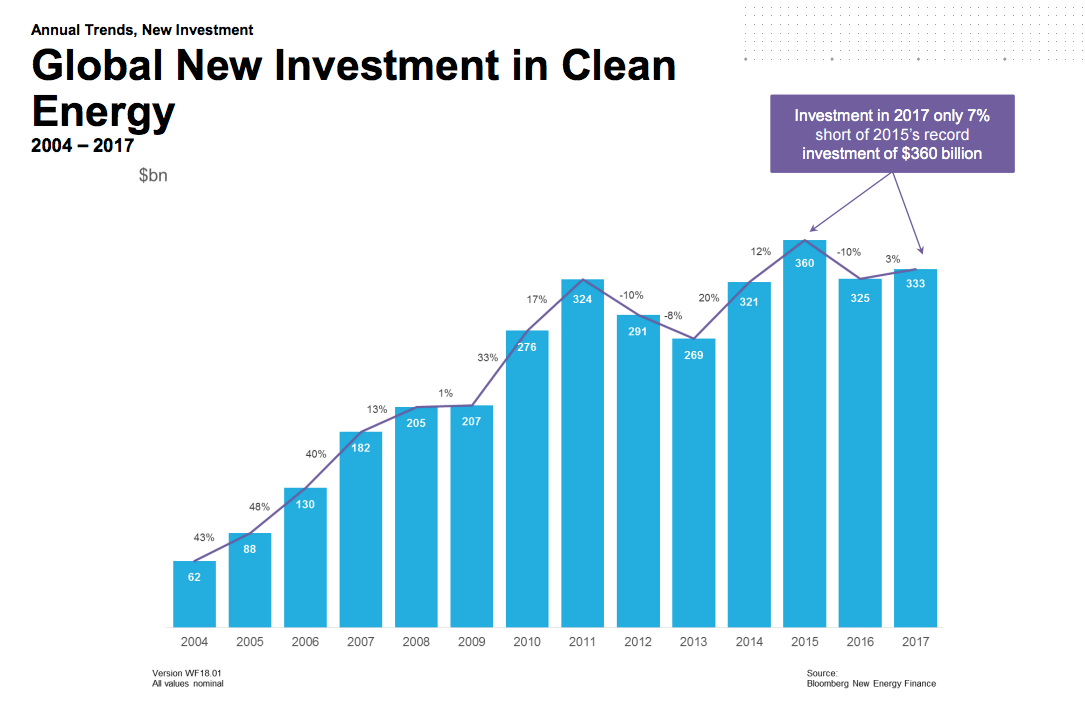 Jon Moore, chief executive of BNEF, said: "The 2017 total is all the more remarkable when you consider that capital costs for the leading technology — solar — continue to fall sharply. Typical utility-scale PV systems were about 25% cheaper per megawatt last year than they were two years earlier."

Once again, however, as in 2016, the largest deals of the year were made in the offshore wind sector.

Among other asset finance deals last year, there was also a $1.55 billion investment in Northland Power's 252MW Deutsche Bucht offshore site, and the $1.91 billion spent on EnBW's 497MW Hohe See project, both off Germany's coast in the North Sea.

Meanwhile in the US, the 2GW Wind Catcher site in Oklahoma contributed over $2.9 billion to the investment total, BNEF said.

BNEF said a majority of the Chinese market was down to the booming solar sector. This was despite "regulators curb[ing] investment in utility-scale solar, they did not however set caps on distributions-grid connected systems... which developers invested heavily in," BNEF mentioned in its annual report.

New investment in the US remained relatively flat growing from $56.4 billion last year to $56.9 billion in 2017 "despite a less friendly tone towards renewables adopted by the Trump administration".

Investments in Mexico increased 516% to $6.2 billion and Australia increased $9 billion, up 150%. There was also a 23-fold increase in the United Arab Emirates, where $2.2 billion was invested, BNEF said.