"The positive trend from the first half of the year has been confirmed, and the strong growth in the North Sea wind harvest shows that offshore wind power has become an important energy source with high reliability," said Tennet board member Lex Hartman.

Tennet said production in 2017 was split evenly between the two halves of the year. In the first six months, offshore wind sites produced 7.77TWh, with roughly 8.2TWh then produced in the second half of the year. 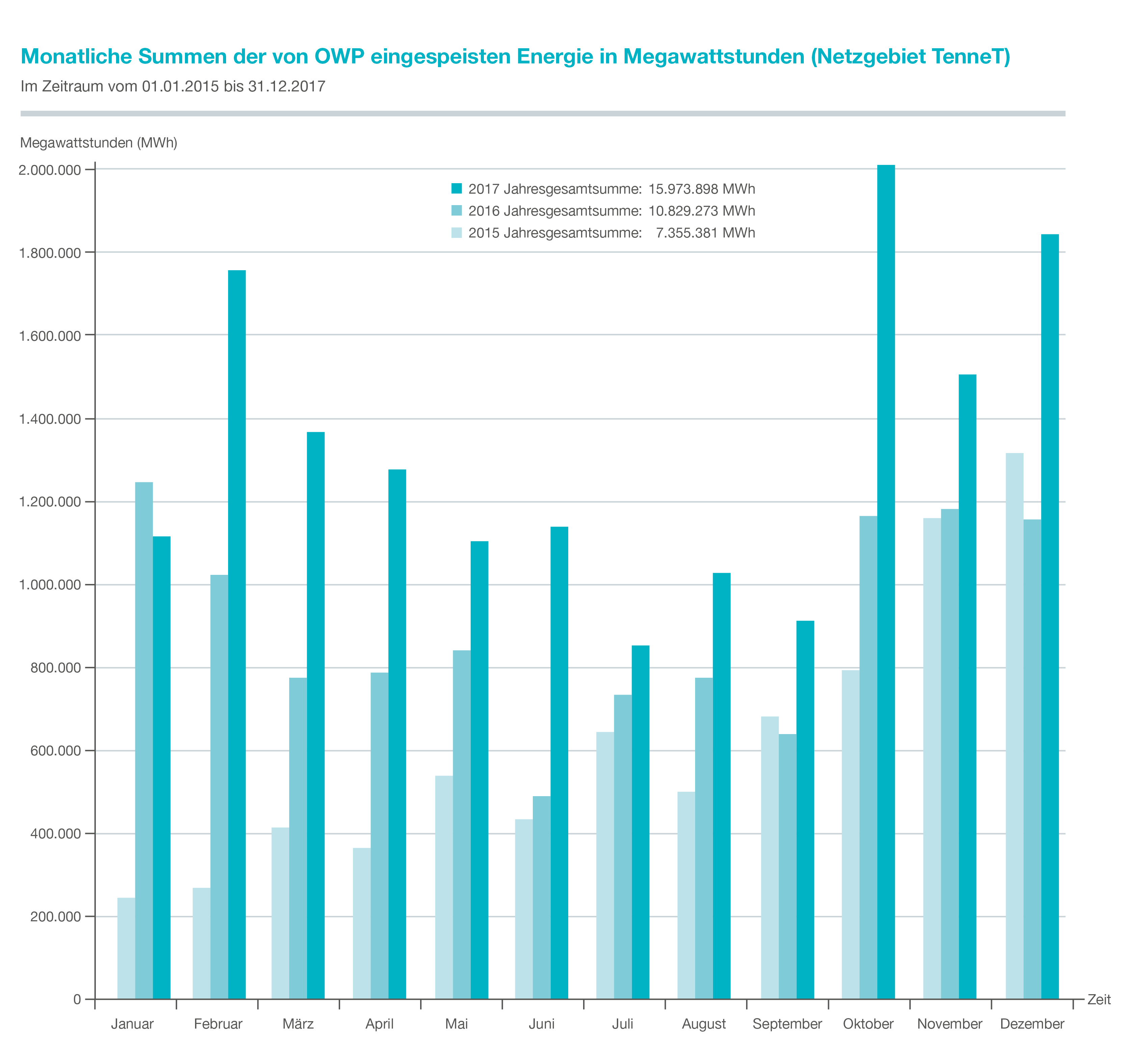 "This underlines the continuity of wind energy production in the North Sea throughout the year, which only declines [slightly] in the summer months," Tennet said.

Tennet said Germany's North Sea offshore wind capacity stood at 4,687MW at the end of 2017, but the operator has the grid capacity to transport 5.3GW, across ten transmission networks. Transmission capacity is expected to rise to 7.1GW by 2019 and 10GW by 2025.