The cost of generating onshore wind has fallen by about a quarter (23%) since 2010, new cost analysis by the International Renewable Energy Agency (Irena) suggests.

Other renewable sources — including bioenergy, geothermal, hydroelectric, and especially solar PV — are also likely to become cheaper and consistently undercut the price of fossil fuels, according to Irena’s report.

The fossil fuel-fired power generation cost range for G20 countries in 2017 was estimated to be between $0.05/kWh and $0.17/kWh. This cost range is consistent in Irena’s analysis to 2022. 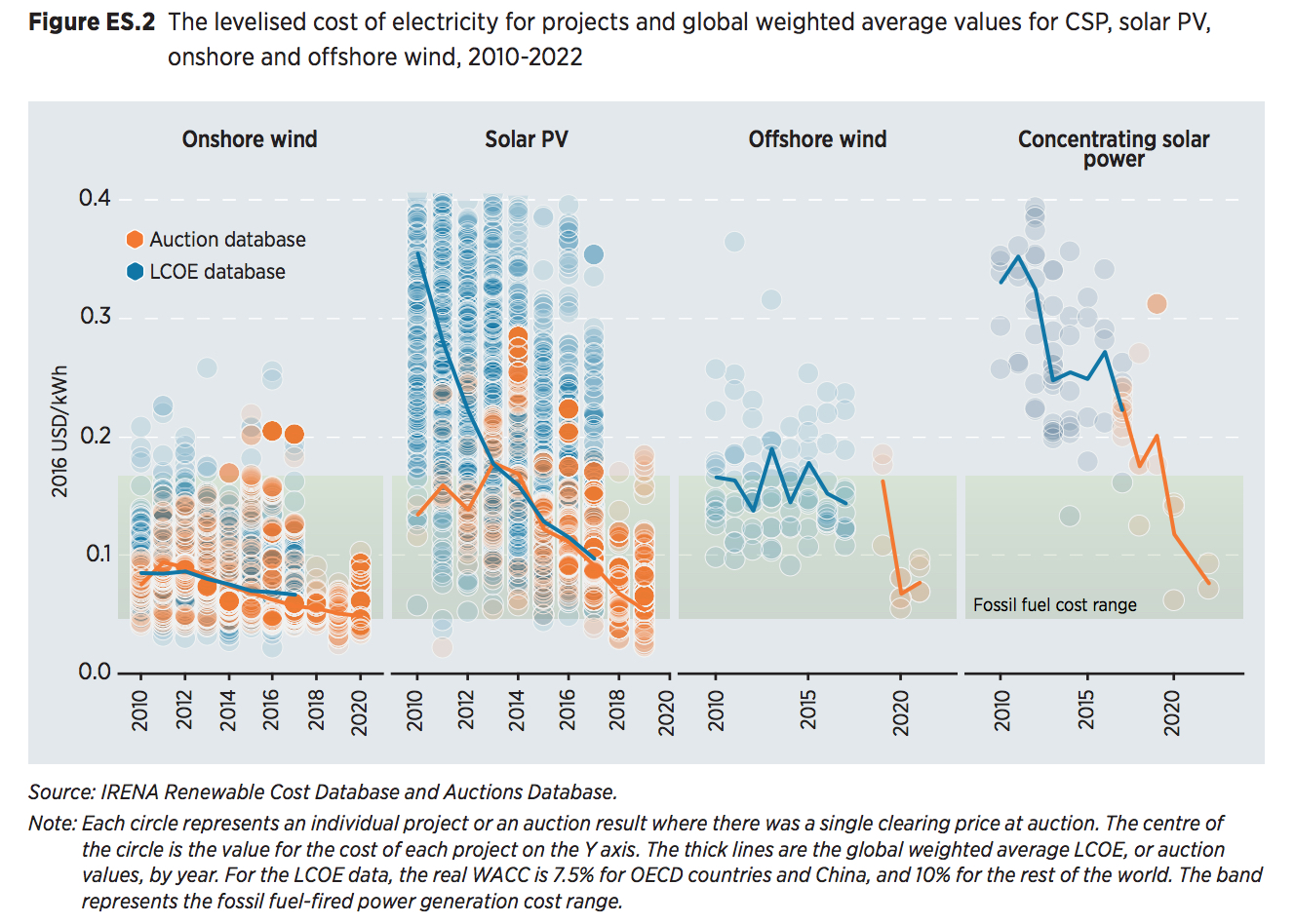 The levelised cost of electricity for projects and global weighted average values for CSP, solar PV, onshore and offshore wind, 2010-2022

"Turning to renewables for new power generation is not simply an environmentally conscious decision, it is now — overwhelmingly — a smart economic one," Adnan Z. Amin, Irena’s director-general said.

"Governments around the world are recognising this potential and forging ahead with low-carbon economic agendas underpinned by renewables-based energy systems.

"We expect the transition to gather further momentum, supporting jobs, growth, improved health, national resilience and climate mitigation around the world in 2018 and beyond." 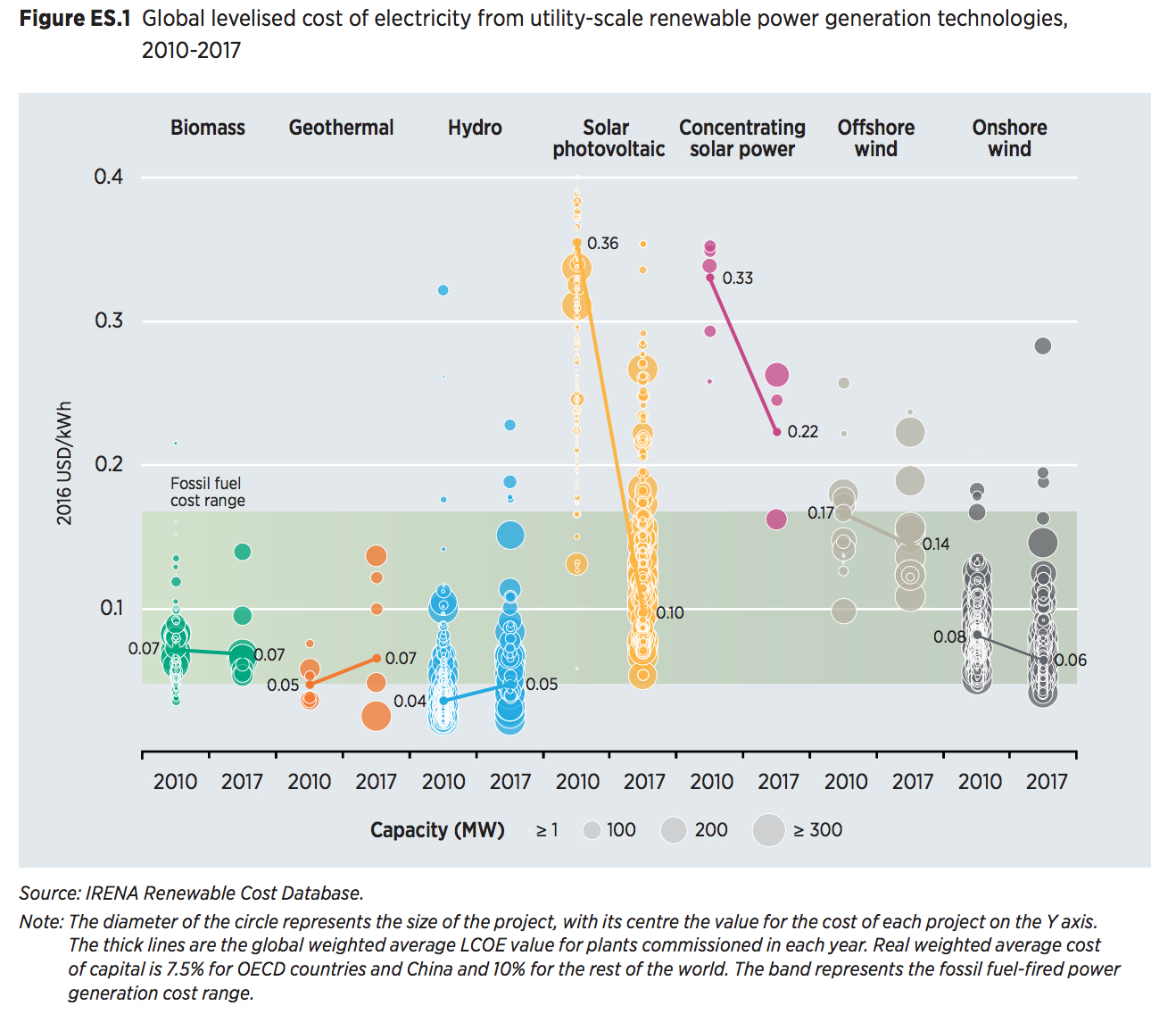 Technological improvements, competitive procurement, and a large base of experienced, internationally active developers, have been the three main drivers of cost reduction, Irena stated.

Competitive procurement, including auctions, accounts for a small fraction of global renewable energy deployment — but these mechanisms are vital in driving down costs in new markets, Irena concluded.

And low prices achieved at auctions — which provide ‘valuable price signals’, according to Irena — suggest costs could fall further, the analysts stated.