The previous record was set on 22 February last year, when 1,826GWh was produced across the continent. 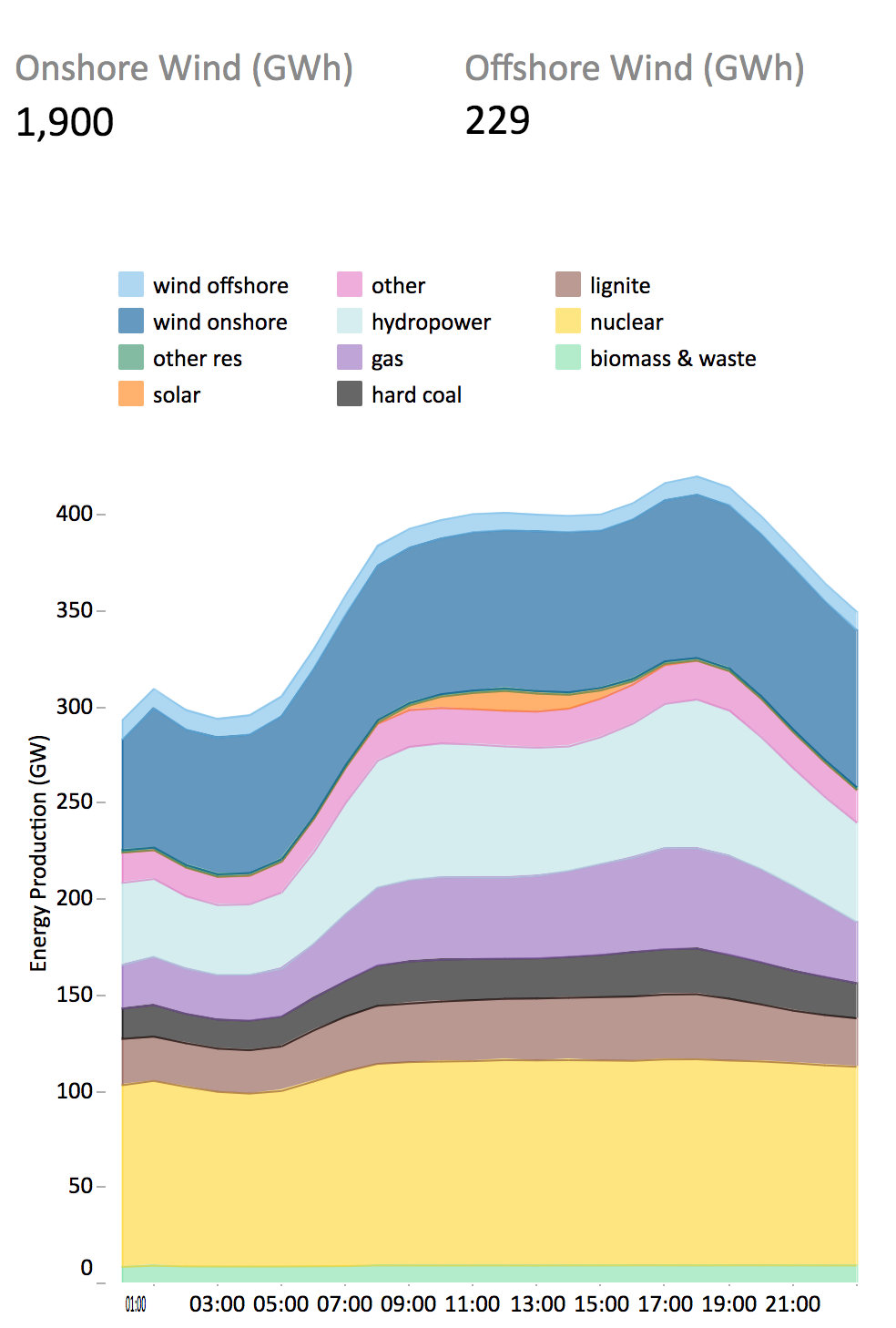 Production in Europe on 3 January 2018 by energy source (pic: WindEurope)

Such production levels could power 215 million EU households or meet 75% of the average industrial electricity demand in Europe, according to a comparison by WindEurope against 2015 figures compiled by the European Commission’s Eurostats database.

A new record was also close to being set for the percentage of European wind demand being met by wind energy on a single day. Wind accounted for 22.7% of Europe’s electricity mix yesterday, just shy of the 24.6% record set on 28 October 2017. 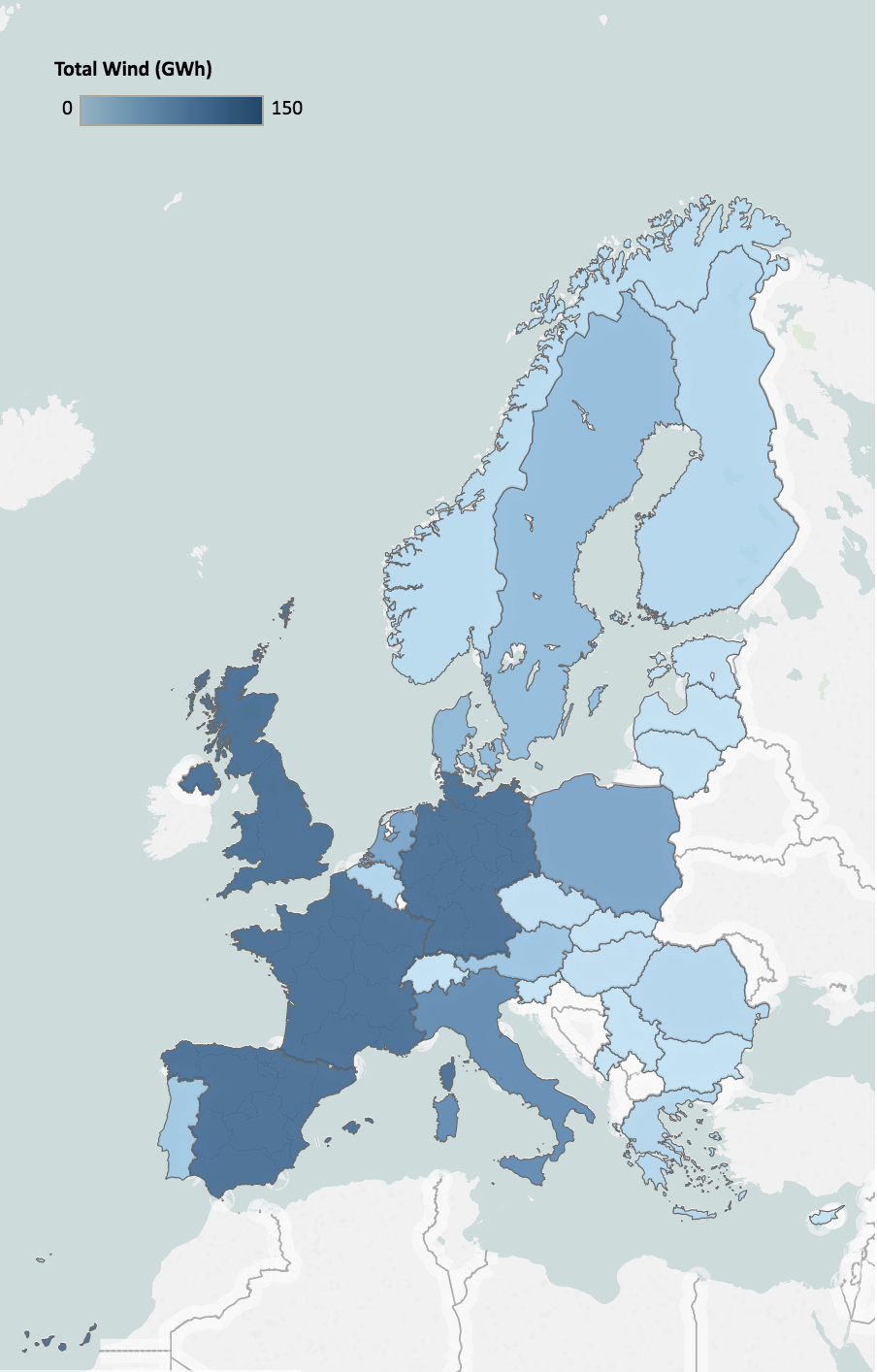 Wind production by country on 3 January 2018. The darker the blue, the more wind power was produced (pic: WindEurope)

Germany led the way yesterday with 925GWh produced, accounting for 60% of the country’s electricity mix, with Denmark’s 51GWh, meeting 48% of demand, in second place.