The decision of Syria and Nicaragua to sign up to the Paris climate agreement leaves the US in a state-of-denial group of one. Officially, the US remains in the agreement until 4 November 2020 — the day after the next presidential election — but the performance of Donald Trump's team at the latest round of talks in Bonn, Germany, last month made it clear the administration has no intention of lifting its head out of the sand.

The US delegation held only one event over the 12 days of talks — and that was to promote fossil fuels. It was poorly attended, even before roughly three quarters of the 200-strong audience rose to sing a protest song and then walked out.

Michael Bloomberg, former mayor of New York, summed it up best: "Promoting coal at a climate summit is like promoting tobacco at a cancer summit," he said. "If the administration won't lead, it should at least get out of the way."

Bloomberg was one of the high-profile figures in Bonn leading an alternative US group of state, city and business leaders committed to climate-change action. Together these organisations represent a GDP of around $10 trillion, making it the third-biggest economy in the world.

"The American government may have pulled out of the Paris accord, but the American people are still committed to its goals," said Bloomberg. "And there is nothing the government can do to stop us."

However, the alternative delegation was unable to prevent the US from walking away with the big prize from the Climate Action Network (CAN). "Fossil of the day" awards were handed out to countries included France, Germany, Poland, Japan, Brazil, India, Kuwait and Australia, plus the International Civil Aviation Organisation. But there was no real competition for the Colossal Fossil trophy, awarded to what CAN described as "absolute, hands-down, uncontested worst - the US administration".

19 Number of countries that have signed up to the Powering Past Coal Alliance, committing to phasing out coal power by 2030 - but they account for less than 3% of global coal use

400 million Number of poor people around the world who would be helped by the InsurResilience Global Partnership, which aims to insure against the damage caused by global warming

$300bn Tax relief Brazil is offering firms to develop its offshore oil fields, in a fire-sale of fossil resources that anticipates falling demand and prices.

"Trump is a blip in history. Not one country has expressed any doubt (about climate action) just because Trump is still a climate denier. He can tweet his fingers off, but he won't stop us"

The hitchhiker's guide to offshore energy 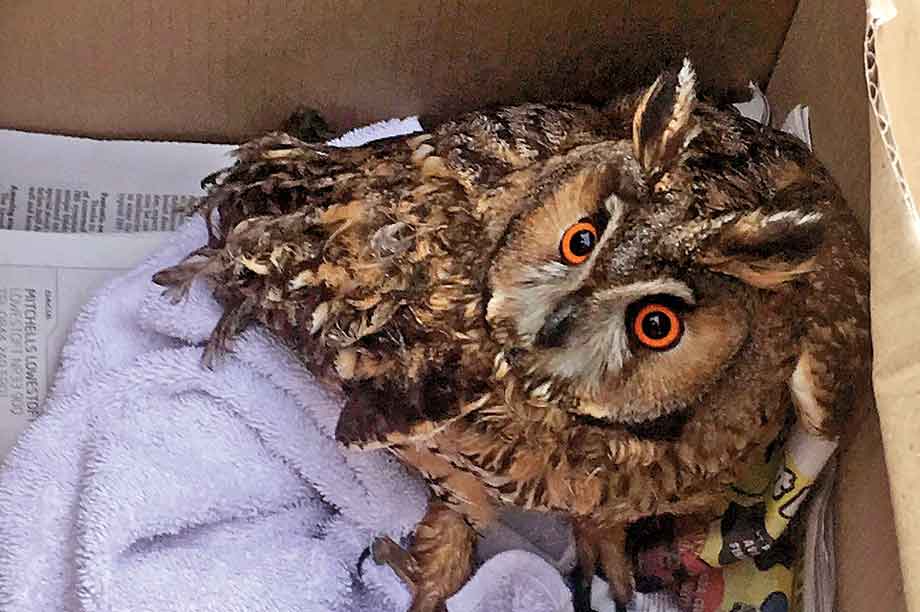 The team installing turbines at the UK's 353MW Galloper offshore project came across an unlikely passenger as they rode out to the site 27km off England's eastern coast in November.

Swire Blue Ocean's crew discovered a young owl aboard their Pacific Orca installation vessel. The stowaway was returned to shore and rehomed by the Royal Society for the Protection of Birds. Owls are no strangers to sea life, or offshore projects. They migrate to the UK from Scandinavia and have been known to take travel breaks on North Sea oil rigs.