Balancing renewable-energy development with wildlife conservation has been one of the wind industry's big challenges since the start and continues to tie up projects in lengthy court battles (see box).

Researchers and scientists admit their understanding of how wind turbines affect bats and birds is limited, but it is always developing, with studies being conducted around the world to expand their knowledge. Work is also being carried out to adapt existing technology to create software that helps minimise the chances of flyers being killed by turbines and monitor their behaviour around wind farms.

Software being developed by the US Department of Energy's Pacific Northwest National Laboratory (PNNL) is aimed at monitoring potential offshore sites to limit any impact on wildlife, but it also collects data after installation is completed.

The team proposes setting up thermal cameras that would pick up bats and birds flying through a prospective wind farm and send a live feed to a computer. Researchers could then infer animals' behavioural trends from the data collected — including time of day, speed and direction of travel, and temperature - as the software processes it in real time.

If the data shows animals are likely to be affected by the placement of the turbines, developers could consider moving individual turbines or the entire project to minimise disruption to wildlife, ease the permitting process and potentially prevent legal action.

If research shows animals are likely to be affected only in certain conditions, output could be curtailed under those circumstances to minimise harm, suggests Cris Hein, wind energy programme director at Bat Conservation International.

In tests of an early one-camera version of ThermalTracker, the software detected 81% of all animals recorded in the thermal video, correctly identifying 82% of those observed.

Matzner and her team now intend to fine-tune the software, develop the two-camera, three-dimensional version and demonstrate that it can effectively track animals' flight paths and create live, useful data. ThermalTracker is scheduled for commercial tender by November 2018.

Eventually, Matzner hopes, the data could be collected to provide models for animal activity around turbines, forming a basis for assessing flyers' safety around wind farms and providing greater clarity during the permitting process.

"There is a real lack of scientific data about what effects wind turbines may have on bird and bat populations offshore," she says. "We're just trying to develop technology that can be used as a tool to help people study this and collect data."

Similarly projects are being developed elsewhere. Also in the US, Deepwater Wind recently installed a wildlife-tracking station at the Block Island wind farm, the country's first offshore project. This collects data on the migrating patterns of birds and bats that have been tagged with very high-frequency (VHF) transmitters that weigh less than 1.5 grammes each and can be picked up within a 20-mile radius.

The study's results will "help balance renewable-energy development with conservation of local wildlife species" and "guide the use of this technology at additional offshore sites in the future", says Pam Loring, a biologist at the US Fish and Wildlife Service.

When tested in 2015, the DTBird system reduced the time animals spent in the risk area by 61-87%, researchers found.

Back in 2010, PhD students at Loughborough University in England had suggested that painting turbines might deter animals from flying into them. Traditional white and grey hues were among the most attractive colours to insects, the team found, while purple was the most repulsive.

Insufficient knowledge of the effects of wind farms on airborne animals can bring project progress to a grinding halt.

In France, a group of 15 associations lodged a complaint with the European Commission in June relating to nine projects planned in French waters.

The specific details of the complaint have not been made public. But chief among the grievances, according to a statement put out by the group, was "protection of wildlife and its habitat".

In Scotland, 2.3GW of offshore projects, including the 450MW Neart na Gaoithe wind farm, estimated to be worth at least £827 million (€901 million) to the country, was held up for more than two-and-a-half years while a bird protection group fought project approval in court (see box). The Scottish wing of the Royal Society for the Protection of Birds (RSPB) claimed the government had failed to properly consider the environmental impact of the wind projects.

The UK Supreme Court dismissed the RSPB's appeal in November, giving the project the go ahead.

However, researchers remain optimistic that better data and improved understanding of the impacts of wind power on wildlife are within reach. A review of 234 papers looking at global rates for bat and bird collisions with wind turbines may be the most comprehensive study yet — even if its authors concede there are no definitive answers and more work needs to be done.

They identified raptors and soaring birds as particularly at risk, while migrating flocks were also especially vulnerable.

The review, led by the British Trust for Ornithology (BTO), also showed that larger turbines tended to be associated with higher collision rates for bats but may be less of a risk for birds compared with wind farms comprising a number of smaller turbines to generate the same amount of electricity.

James Pearce-Higgins, director of science at the BTO, suggests further work needs to be done in countries where the wind sector is less established. Short-term shutdowns during periods when flocks of migratory birds are flying through may be necessary, he says, requiring close cooperation with the plant operator considering the "potential trade-off" of reduced output.

"I think there is still more work to be done to really identify the conditions in which collisions happen," Pearce-Higgins says. "But as that information is known, I would've thought that would help developers in their planning and figuring out a business case."

Cris Hein, wind-energy programme director at Bat Conservation International, agrees more data needs to be collected. He also believes not enough is known about bat behaviour around turbines, and new technologies and observation methods are needed. He admits current methods for field studies — "for the most part just observation and carcass searches" — are limited.

"If we were able to narrow (a bat kill) down to a time of night, or speed, or temperature, we could reduce the amount of time turbines are off and maximise the power generated," he says.

"Understanding what bats' attraction is and how we can deter them from the turbines so that collisions don't occur would be helpful," Hein says. "And we can only do that with cameras to see how they are flying in and around the air space, then getting 3-D images of flight paths and see how they are interacting with the structures. It really is a big step forward." 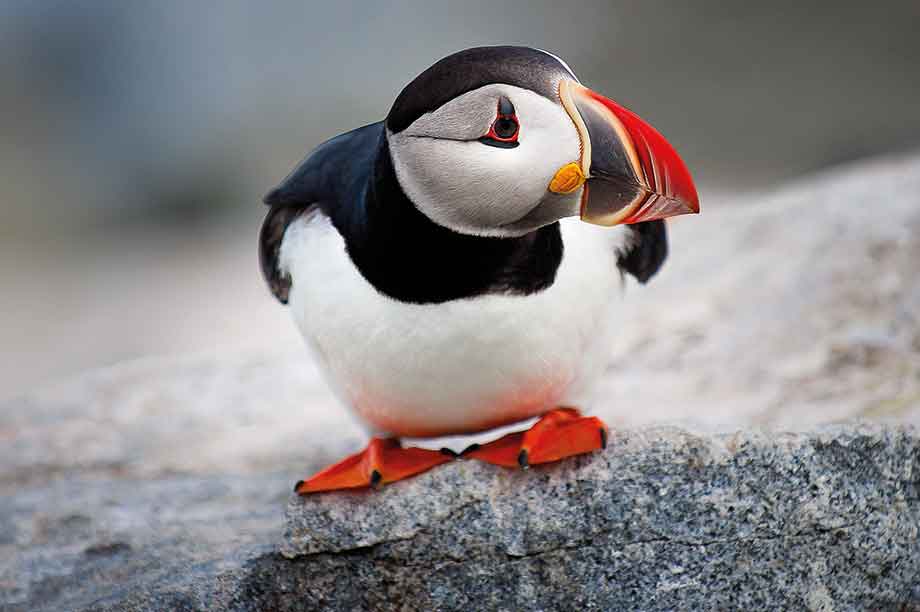 The North Sea projects were the subject of two court hearings and two rejected applications for leave to appeal by the Scottish branch of the Royal Society for the Protection of Birds (RSPB).

Scottish ministers had granted construction permission for 2,284MW of offshore capacity in October 2014.

But the RSPB claimed the projects would adversely affect some migratory bird species, and that the Scottish government had failed to fully evaluate the impact on wildlife.

RSPB Scotland director Anne McCall had said the charity believed the Firth of Forth wind farms could lead to major declines in gannet, puffin and kittiwake numbers.

Scotland's supreme court, the Court of Session, ruled in favour of the RSPB last July, blocking the plans.

But in May, the court's senior chamber on appeal backed ministers' decision and reinstated consent for the four projects.

The RSPB's appeal against the Scottish decision was rejected this July and the charity took its legal challenge to the UK supreme court in London.

In November, the UK's highest appellate court rejected the final appeal, with justices concluding: "The wind farms would not adversely affect the integrity of the special protection areas."