This cost reduction is part of a wider trend of LCOE prices for alternative energy technologies continuing to decline in the US, according to analysis by asset management firm Lazard.

In some cases, the full-lifecycle costs of building and operating renewables-based projects have dropped below the operating costs alone of conventional generation technologies such as coal or nuclear, the analysts concluded

This trend is expected to lead to ongoing and significant deployment of alternative energy capacity, Lazard added. 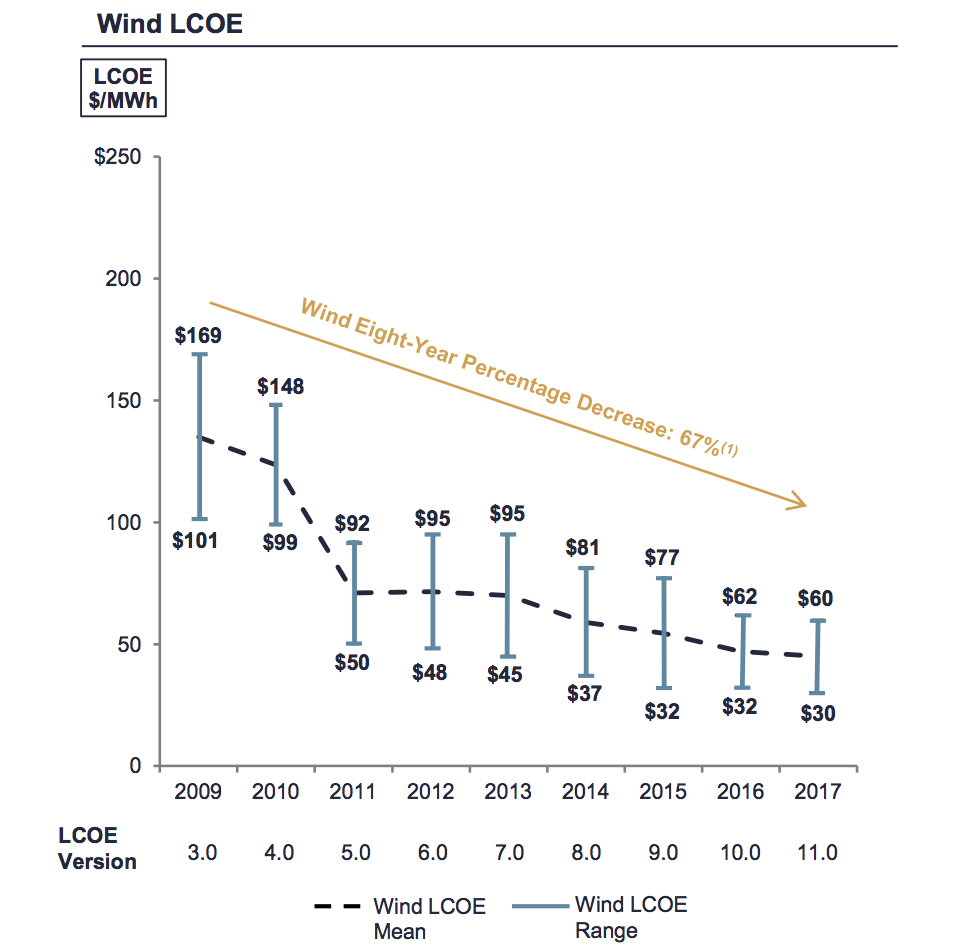 The LCOE for US wind over the last eight years - credit: Lazard

Even the high end of this spectrum is cheaper than all conventional generation technologies included in the analysis, except for combined-cycle gas turbine plants (CCGT).

With a subsidy such as the production tax credit (PTC), however, the levelised cost of onshore wind can fall even further, to between $14/MWh and $52/MWh, Lazard analysts found.

The sensitivity of LCOE to US federal tax subsidies - credit: Lazard

The bottom end of this range is less than half the cost of the next cheapest subsidised energy source — thin-film, utility-scale solar PV at between $35/MWh and $38/MWh.

The US’ nascent offshore industry, however, is found to be more expensive — a midpoint for offshore LCOE was estimated at $113/MWh.

However, alternative energy systems alone will not be capable of meeting the baseload generation requirements of a developed economy, the analysts concluded.

This is despite the energy storage industry holding "great promise" and despite the expectation that costs to decrease significantly over the next five years due as the scale of storage systems expands.

"Therefore, the optimal solution for many regions of the world is to use complementary conventional and alternative energy resources in a diversified generation fleet," the report’s authors concluded.