Payments to operators of onshore wind farms under the German Renewable Energy Act (EEG) fell to €4.69 billion. This marks a drop of 7.7% when compared to 2015 — the greatest reduction in payment for all renewable energy operators.

However, offshore operators’ earnings rose to €1.95 billion — the 54.3% increase year-on-year being the largest rise in payments for all renewable sources.

"The year 2016 shows once again that the power generation in Germany is subject to constant change," said Jochen Homann, president of BNA.

"2016 was a poor wind year, so the production of electricity from renewable energy rose only slightly." 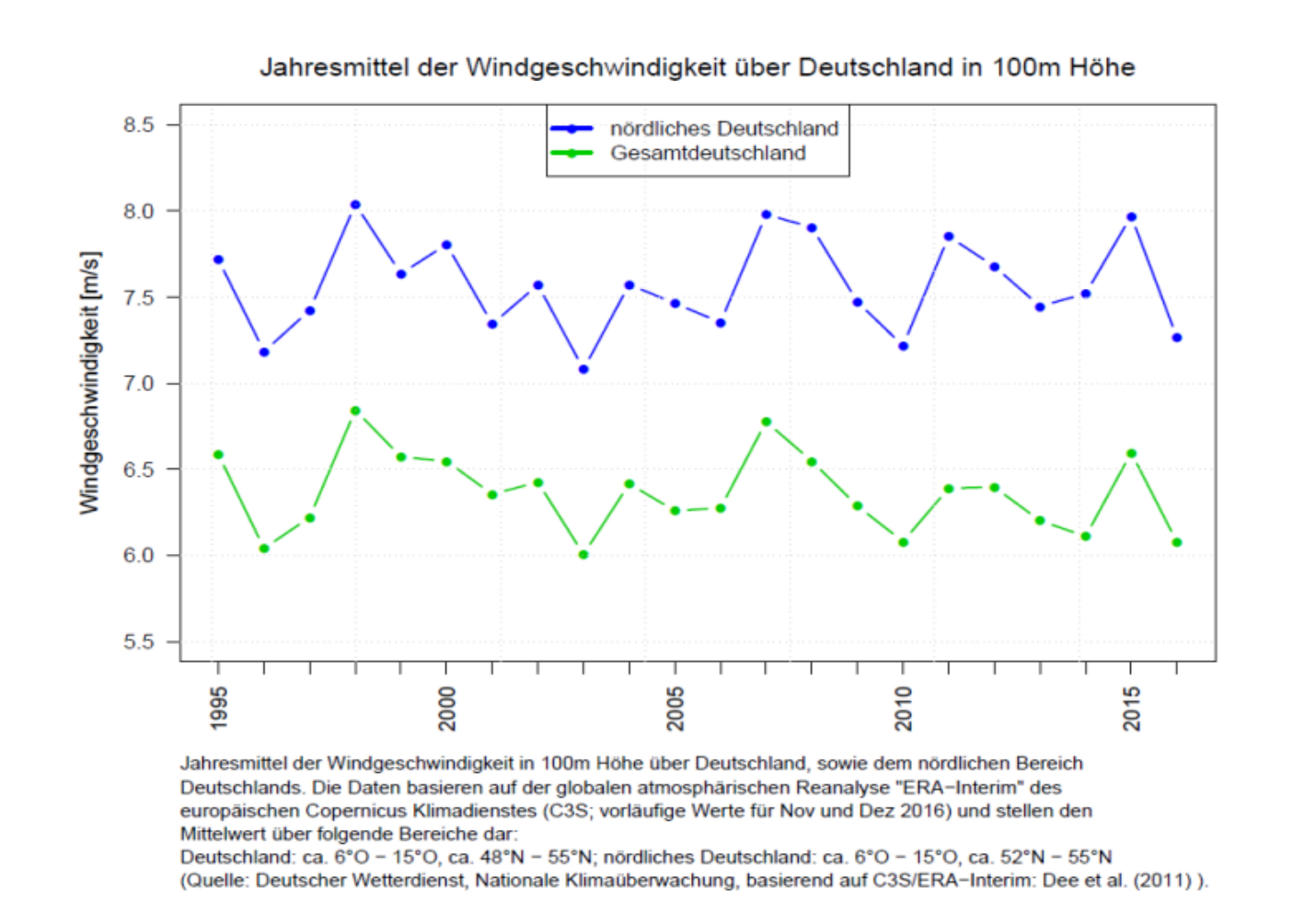 Average land speeds in Germany dropped from about 6.6m/s in 2015 to roughly 6.1m/s in 2016, according to the BNA. This decline in wind speeds was felt even more acutely in northern Germany, where speeds fell from roughly 8m/s to about 7.3m/s.

Together, these slowed speeds contributed to a 4.6TWh drop in power output from onshore wind farms, the BNA concluded.

Meanwhile, driven by an increase in offshore capacity, offshore production in 2016 increased 48.1% year-on-year.

This increase — the sharpest rise of all renewable sources in 2016 — meant the output from offshore projects increase 48.1% year-on-year.

Although onshore capacity grew by 4.16GW in 2016 — a 10.1% increase on the cumulative capacity at the end of the previous — both production and revenue decreased for wind farm operators.