The blade is destined for the 396MW Merkur site in the German North Sea and will feature GE's 6MW Haliade turbines. It was produced by LM at its Castellon factory in east Spain.

It was then transported 45km to the port, making it the largest blade ever produced and transported in Spain, LM claimed.

In April 2015, Spanish manufacturer Gamesa claimed the transfer of its 64.5-metre blade to a test site in northern Spain was the longest to have been transported in the country.

The journey to the port took three and a half hours to complete, ahead of schedule. However, LM said the time would be reduced as the drivers perfect the routine. 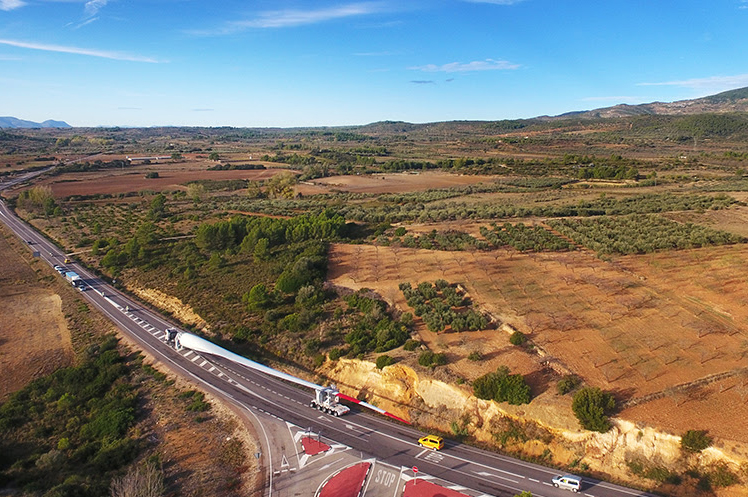 By using a drone, LM was able to follow the journey of the blade though Spain. The route included navigating roundabouts adapted for the convoy and other tight turns. A police escort followed the blade on its journey.

Laurent Verdier, GE's offshore wind business project office leader said: "The onshore assembly hub [for Merkur] was opened some weeks ago in Eemshaven, the Netherlands, and is ready for receiving the wind turbine main components, including blades, and preparing the offshore installation works that is expected to start in February 2018." 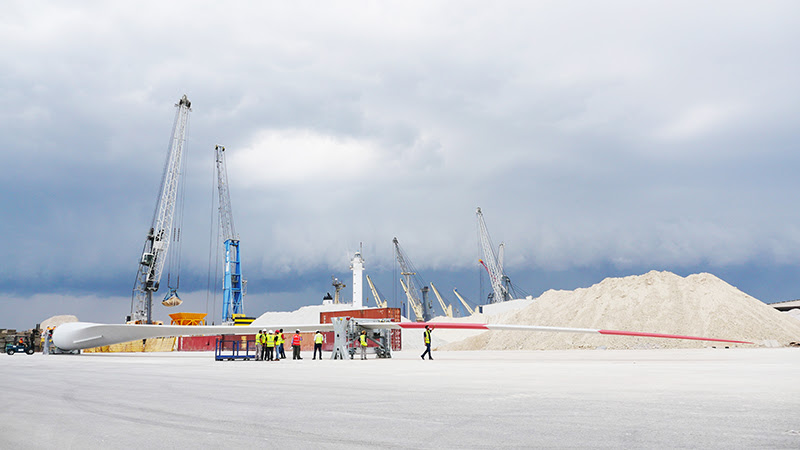