AWEA said this total was the highest ever recorded in the seven quarters the categories had been tracked.

As of the end of the reporting period (July – September), Texas led the way with 5.2GW of new capacity currently under construction, followed by 3GW in Wyoming.

In the year to date, 2.9GW of new wind capacity has been added to the US' total, which now stands at just under 85GW.

"The high level of wind under construction and in advanced development shows we are on track to deliver 10% of America's electricity by 2020, along with $85 billion in economic activity and 50,000 new jobs," said AWEA CEO Tom Kiernan. 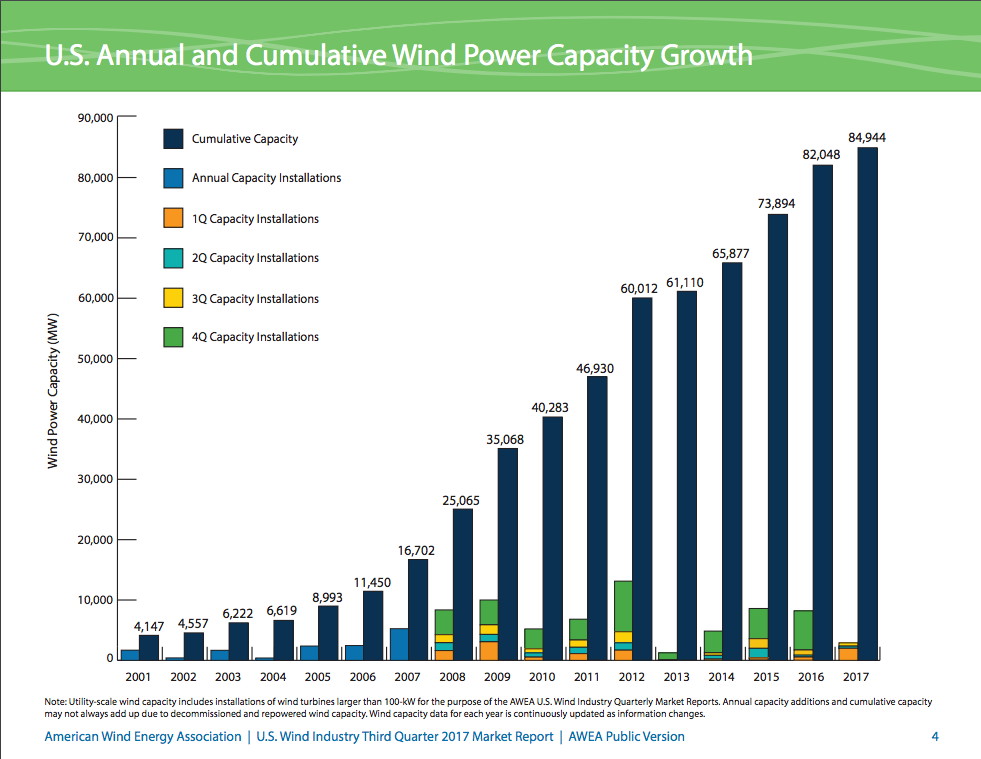 US annual and cumulative capacity growth since 2001