Truth is the first casualty of ideology

The UK-based Global Warming Policy Foundation (GWPF) think tank describes itself as being "open-minded on the contested science of global warming". Like most things the GWPF claims, this needs to be taken with a large pinch of salt.

In August its chairman, former UK chancellor (Lord) Nigel Lawson, claimed in an interview in a BBC's news radio programme that over the past ten years, "average world temperature has slightly declined".

This statement was promptly refuted by — among others — the UK's Met Office, the US's National Oceanic and Atmospheric Administration and the Intergovermental Panel on Climate Change.

Now the GWPF has offshore wind in its sights, disputing the scale of cost reductions from recent competitive tenders (see p46).

It has also sponsored a paper published by Cambridge University that examines the performance of the world's first offshore wind farm, Denmark's 11-turbine 4.95MW Vindeby project, which was commissioned in 1991, and decommissioned this year.

According to the paper, Vindeby achieved only 55% of its projected output over its lifetime, a figure arrived at by extrapolating the number of houses it could provide with electricity.

This conveniently ignored a statement made in 1992 by utility Elkraft, quoting an expected yield of 12GWh, which corresponds to a load factor of 27.7%. In fact, Vindeby's lifetime load factor was 22.6%, so it achieved 80% of its projected output. The paper's 55% figure is, not to put too fine a point on it, wrong.

Yes, Vindeby fell short of expectations, but it was a world-first, a project that pioneered today's far more advanced technology. The 80% figure is quite impressive seen in this light. And rather more impressive than GWPF's respect for accuracy.

Wind on a plate 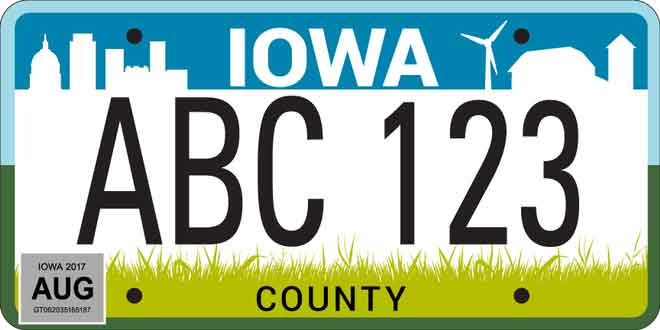 Voters in Iowa have chosen a new vehicle licence plate design that features a wind turbine alongside a farm and cityscape silhouette.

Three designs created by graphic artists from the state's transportation department were put forward for the voters' consideration.

The turbine-featuring "city and country reboot" offering won with 113,299 of the poll's 291,095 votes, narrowly beating the 110,352 votes for the "flying our colours" proposal, which had an eagle motif. The rolling hills and shrubbery of the "great wide open" entry received 67,444 votes.

+7.1% Average deviation from mean wind speeds in Brazil from July to September. Wind speeds have been above the mean throughout 2017

-5.1% India's average deviation from mean wind speeds during Q3, with a low of -13.5% in September. Wind speeds in the north of the country were 15-18% down during the quarter

Rosario Murillo, vice-president of Nicaragua, on taking the country into the Paris climate agreement