The MHI Vestas V164 8.0MW turbine is one of five to be installed on concrete gravity-base foundations at EDF Energy Renewables’ (EDF ER) test site.

The turbines are to be uprated to 8.3MW each by a power mode option and should be operational by the end of the year. 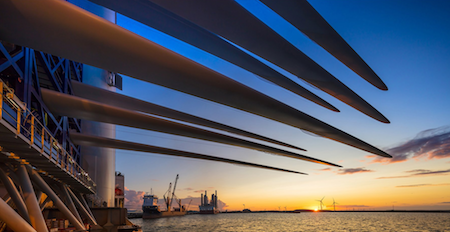 As well as featuring the uprated turbine, the Blyth test site also includes other innovative components.

Sensors have been added to two of ORE Catapult’s foundations to monitor conditions and collect performance data. According to ORE Catapult, it is the first time this technology has been tested on gravity-base foundations.

The five turbines will also be connected to the UK’s grid via a 66kV cable — the first UK project to use the higher capacity link.

EDF ER acquired the Blyth site from the seabed landlord the Crown Estate in October 2014. It has the consent to install up to 99.9MW.

After acquiring Blyth, EDF ER said it would use the project to "grow its expertise and experience in designing and choosing foundations" and develop offshore installation processes.