The UK government announced in July that it would ban sales of new petrol and diesel-engined cars and light commercial vehicles by 2040.

The country's poor air quality was the driving force behind this new policy, following government research that estimated its environmental risk to public health was costing the economy £2.7 billion (€3 billion) a year in lost productivity.

Although broadly welcomed by environmental groups, the policy announcement raised questions the government has not been able to answer.

How will this affect electricity demand in the coming years, and how will that electricity be generated? As Dong Energy UK managing director Matthew Wright pointed out, it would be "somewhat of a Pyrrhic victory" if NOx emissions from vehicle engines were reduced, only for CO2 emissions from fossil-fuel power stations to rise.

There is something of a credibility gap, too. In the same month when one UK government minister was announcing a ban on petrol and diesel cars, another was scrapping long-standing and long overdue plans to electrify large parts of the country's rail network. Policy announcements do not always translate into policy.

The UK is on course to meet a target of generating 30% of its electricity from renewable sources by 2020. But its dependence on oil and gas for transport and heating means another target — 15% of all energy generation to come from non-carbon sources — is proving much harder to achieve..

The main fear is that the grid will not be able to cope with 25-30 million cars running on electricity, although it is worth noting that even if the entire UK light vehicle fleet switched to electricity, it would not exceed 15% of annual electricity system demand.

But without careful management of charging, the power requirements or charging may increase total system peak demand by as much as 50%. Many articles in the British press have fixated on this point.

An extra 10,000 wind turbines, or 9.5 Hinckley C nuclear power stations, will be needed to meet the demand, according to the Daily Telegraph newspaper.

Several newspaper sources have quoted from transmission system operator National Grid's modelling, but have taken some of the data out of context to make headlines.

In the National Grid's Future Energy Scenarios report, published in July, the "two-degrees" modelling is the one based around the government's commitments to decarbonising energy, heating and transport by 2050.

Of the four scenarios, this best fits the government's statement on banning petrol and diesel cars and vans, according to the grid operator, with additional peak demand from EVs expected to be 5GW, rather than 30GW.

The two-degrees modelling is the only one that achieves the UK's 2050 carbon reduction target, in terms of electricity supply.

Acknowledging that electrification of transport and heat will lead to higher electricity demand and output, offshore wind, onshore wind, solar photovoltaics (PV) and other renewables will account for more than half of total generation output by 2040, according to the projection.

About 15GW of nuclear capacity will be required for baseload, while some natural gas will be built under the two-degrees scenario, for flexibility. However, as more renewables are built, interconnectors, together with increased deployment of storage, will provide the flexibility needed.

The UK is in good company when it comes to turning its back on diesel and petrol cars, with the Netherlands, Norway and France having announced their intentions to phase out conventional petrol and diesel cars.

Environment secretary Michael Gove has acknowledged the ban is in line with a growing number of carmakers investing in electricity-powered models that now include Renault, BMW, Volvo, Mercedes-Benz, Tesla, Toyota, Mitsubishi and Nissan.

Bloomberg New Energy Finance (BNEF) has revised its EV forecasts, anticipating that 54% of new car sales will be EVs by 2040, instead of 35%.

The fall in lithium-ion battery costs is pushing up demand, although EVs are not expected to be cost-competitive with conventional vehicles until around 2025.

By then, the infrastructure for public charging will be more established, as local authorities and commercial entities recognise the benefit of installing chargers.

James McKemey, head of customer operations at charging-equipment supplier Pod Point, says: "The government announcement should not be seen as redundant.

If you are an OEM, this type of long-term signal is enough to suggest that you should be investing R&D in electric drivetrains, not conventional engines, as cars are developed in five-year cycles."

Pod Point is supplying a monthly average of 500 EV chargers, mainly for residential customers, and the figure is rising. However, the Automobile Association (AA) has questioned the National Grid's ability to "cope with a mass switch-on after the evening rush hour".

Early pilots to explore EV charging habits have found that most EV charging is done between 6pm and midnight, when owners park up at home for the night. If charging only takes place during this window, then the electricity distribution network will come under strain as EV adoption continues to grow.

Most cars spend most of their time parked. On average, a car in Britain drives fewer than 20 miles (32km) a day. Even with a mature EV infrastructure in place, it is likely that most charging will be performed at home, followed by charging at work.

Destinations where cars are likely to be parked for more than an hour, such as train stations, airports, gyms, supermarkets and shopping centres, will accommodate further charging points.

Fast charging infrastructure is also being built on motorways and in cities. The availability of different types of charging will make the wholesale replacement of traditional service stations unnecessary.

Energy suppliers and utilities that manage the distribution network have been investigating the impact larger numbers of EVs will have on local networks. UK Power Networks, which manages the cables, wires and substations in and around London, and Western Power have undertaken such projects.

Utility SSE has been trialling smart charging. If an EV is parked for several hours, the smart charger will recharge the battery when demand is lowest.

Smart chargers, in combination with approaches such as dynamic pricing, to incentivise drivers to charge when prices are cheapest, will be critical if the impact that EV demand for electricity is to be managed and minimised.

According to UK Power Networks, flexibility in terms of the timing of delivery of electricity to recharge EVs, opens up opportunities for demand-side management approaches to optimise electricity generation and enhance the efficient use of network capacity.

BNEF's modelling shows that if EVs can be intelligently charged, they will essentially act as a large flexible load that can take advantage of variable resources such as wind and solar.

"As cars spend the vast majority of their time parked, with the right digital technologies and dynamic tariffs in place, EVs will be able to boost their charging demand at times when wind (or solar) generation is high," says Albert Cheung, head of global analysis at BNEF.

"This would have the effect of supporting power prices at times of high renewable generation, as well as potentially reducing curtailment. Intelligently charged EVs will be very good news for renewable generators."

Electricity demand for transportation, the growth in distributed generation and the proliferation of new players in the energy market, such as aggregators and smaller energy suppliers, are all impacting the energy supply business, dominated by the UK's "big six" electricity suppliers — British Gas, EDF, Npower, E.on, ScotishPower and SSE.

Operating EV charging infrastructure is an opportunity some energy firms are taking seriously.

David Martell, the firm's CEO, says: "It is likely we will need to encourage drivers to charge overnight, but cheaper electricity makes it is easy to incentivise them to do so, and the technology exists in all of the latest electric vehicles to only charge during certain times."

Since August, the electricity consumption of the Polar network is certified and matched to energy generated from 100% renewable sources by UK energy supplier Ovo Energy.

Ovo's renewable electricity comes from wind, solar, geothermal, wave, tidal, hydro, biomass, landfill gas, sewage treatment gas and biogas, some of which the supplier buys directly from UK-based smaller operators, although most is bought on the wholesale market to get the best price for customers.

Tom Pakenham, head of electric vehicles at Ovo Energy, says: "In terms of how smart charging will work, it's very much based on mutual benefits.

Electric car owners enjoy monetary rewards for charging their cars at certain times to help manage the load, along with the feel-good factor that they're helping to 'balance the grid' and support more renewables."

Ovo is also investing in technology to facilitate greater interaction between EVs and the grid. Its VCharge software platform takes lots of individual loads, which have a storage component, including solar-plus-storage systems and hot-water heaters, and aggregates them together to act as a virtual power plant to provide grid services.

For EVs to participate in virtual power plants requires vehicle to grid (V2G) charging technology. This allows EV batteries to both absorb and inject electrons into the grid, so they perform as energy storage systems.

However, V2G is unproven at scale and there are concerns from car manufacturers about the toll on battery performance. Also, there is no regulatory framework at present. But it could mean EV owners will be paid to participate in grid balancing in future. Nissan has been trialling its own V2G platform.

As part of plans to roll out smart-charging infrastructure across the UK and support deployment of more renewables to meet demand for electricity from EV uptake, Ovo acquired two EV technology players.

The range of EVs is improving and the cost of EVs are going down, ensuring more demand.

"But, the infrastructure is the remaining challenge. Some see 2040 as a challenge, but the switch to EVs won't be down to one company, or even one industry. It will be the combined efforts of lots of small as well as large players working together," says McKemey. 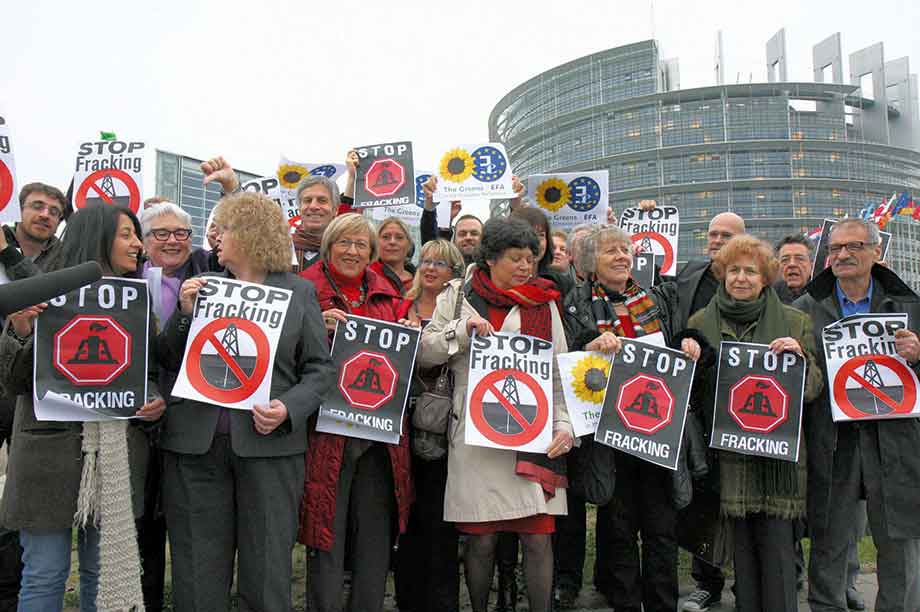 The UK's last coal-fired power station will close by 2025, but the fuel's importance in the country's electricity-generation mix has been in steep decline in recent years.

Only 9% of the UK's electricity was generated by coal in 2016, according to the department of Business, Energy and Industrial Strategy (BEIS), compared with 22% in 2015.

But the shortfall has been entirely replaced by gas, which rose from 29% in 2015 to 42% last year. Nuclear provided 21% in both years, while the share from renewables also remained static at 24.5%.

The UK's energy policy direction of travel has aimed at building a new fleet of nuclear plants while reducing carbon emissions by switching from coal to gas — preferably, domestically fracked shale gas — in the shorter term. But the nuclear programme is progressing much slower than anticipated and is proving extremely costly. The strike price agreed for the 3.2GW Hinkley Point C nuclear station — £92.5/MWh (€101/MWh) at 2012 prices, inflation-linked and over 35 years - has been widely criticised.

The shale-gas option is also looking shaky. It remains unknown what reserves are available and whether they will be sufficiently accessible to be extracted economically. The geologists are undecided on this.

Shale-gas extraction in the UK will also have to overcome significant public hostility. According to a BEIS survey in May, only 16% of respondents were in favour of fracking.