The floating wind revolution is under way. Statoil has completed installation of the five Siemens Gamesa Renewable Energy turbines on to the floating spar buoys destined for the 30MW Hywind Scotland project.

The steel-cylinder ballasted foundations extend roughly 80 metres below the surface of the sea, resulting in a total structure length of 258 metres from base to tip.

The turbines were lifted on to the foundations by a huge crane vessel near Stord, off south-west Norway. They are now being tugged to the project site 25km off the north-east coast of Scotland. Commissioning is expected by the end of the year. 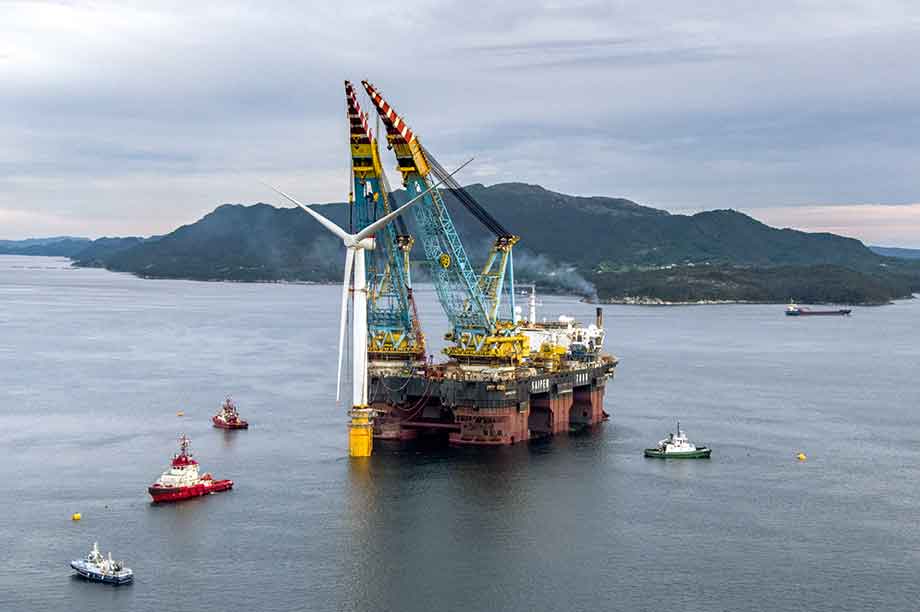